Home » Europe » In Russia, a Virus Lockdown Targets the Opposition 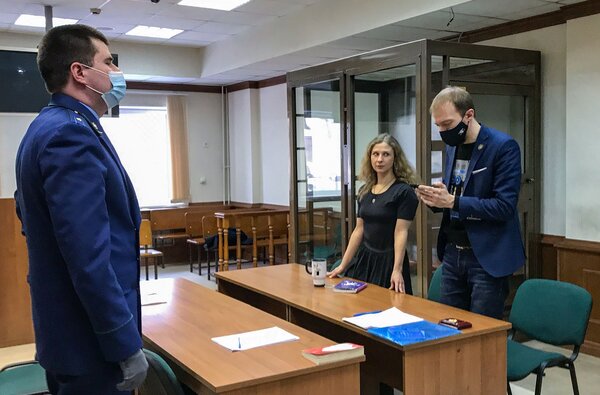 MOSCOW — A Russian court has confined some of the country’s most prominent opposition figures to house arrest on accusations that they violated coronavirus safety rules, in what appears to be a government effort to use the restrictions to muzzle its opponents.

The legal action, known as a “sanitary case,” targets 10 opposition politicians and dissidents, including the senior leadership of Aleksei A. Navalny’s organization and members of the protest group Pussy Riot. All are accused of inciting others to violate rules introduced last spring to slow the spread of the coronavirus. Their lawyers have denied that they did.

Prosecutors say their social media posts promoting a protest in Moscow in January resulted in attendance by 19 people who were legally required to self-isolate because of positive Covid-19 tests, thus putting at risk others who attended.

Defense lawyers say the authorities are cynically twisting coronavirus rules to isolate people who pose no infection risk but are seen by the government as posing a political one.

“The ideological intent is to label opposition figures as infectious, as toxic, as poisoners of the public,” said Danil Berman, a lawyer for Maria Alyokhina, a member of Pussy Riot who was one of those targeted. Isolating key leaders before parliamentary elections scheduled for this year also hobbles the opposition, he said.

Many people around the world have complained that coronavirus restrictions have infringed on their freedoms as a byproduct of safety measures. But the Russian opposition members argue that the government is using the restrictions against them with the specific aim of curbing their liberty.