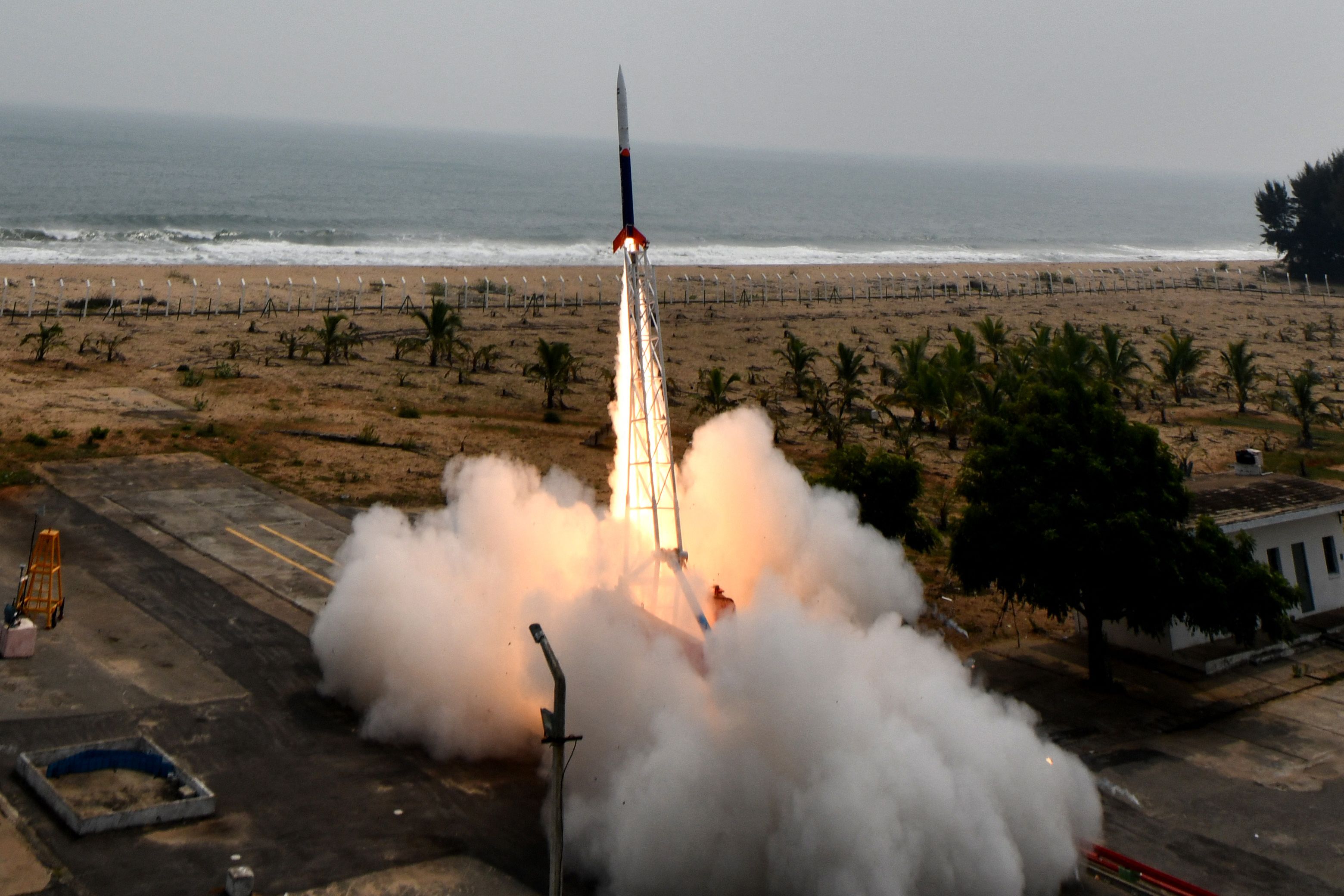 The event marks a milestone in the country’s effort to create a commercial space industry and to compete on cost.

The 545-kg rocket, developed by space startup Skyroot, took off from the Indian space agency’s launch site near Chennai and hit a peak altitude of 89.5 km.

The rocket has the capability of reaching Mach 5 – five times the speed of sound – and carrying a payload of 83 kg to an altitude of 100 kilometres, the company said.

The Skyroot team had set a target of 80 km for its first launch, a benchmark some agencies define as the frontier of space. The Karman line – set by an international aeronautics body as defining the boundary between the Earth’s atmosphere and space – is at 100 km altitude.

Video footage showed the rocket taking off from the space centre, leaving a plume of smoke and fire in its trail. It splashed down in the Bay of Bengal about 5 minutes after launch, officials said.

Skyroot, which was started by Pawan Chandana and Bharath Daka, has set a target of cutting development costs by up to 90 per cent versus existing platforms to launch small satellites.

It expects to achieve these savings by using a rocket architecture that can be assembled in less than 72 hours. It plans launches capable of delivering satellites starting next year.

‘Innovation and cost efficiency should be the two drivers for the industry. Cost efficiency has already been achieved, and now we should look at cutting edge technology,’ Chandana said.

The Indian government has been pushing to develop a private space industry to complement its state-run space programme known for its affordable launches and missions.

India’s unmanned Mars mission in 2014 cost only $74 million, and made headlines for costing less than the Academy Award winnning film ‘Gravity’.

Until now, the state-run ISRO has had a monopoly on launching rockets in India.

Hyderabad-based Skyroot, founded in 2018 and backed by Singapore sovereign wealth fund GIC, was the first space startup to sign an agreement to use Indian Space Research Organization (ISRO) launch and test facilities after the government opened the door to private companies in 2020.

It has raised 5.26 billion rupees (£54 million) so far and employs about 200 people. Close to 100 people have been involved in its maiden launch project, the company said.