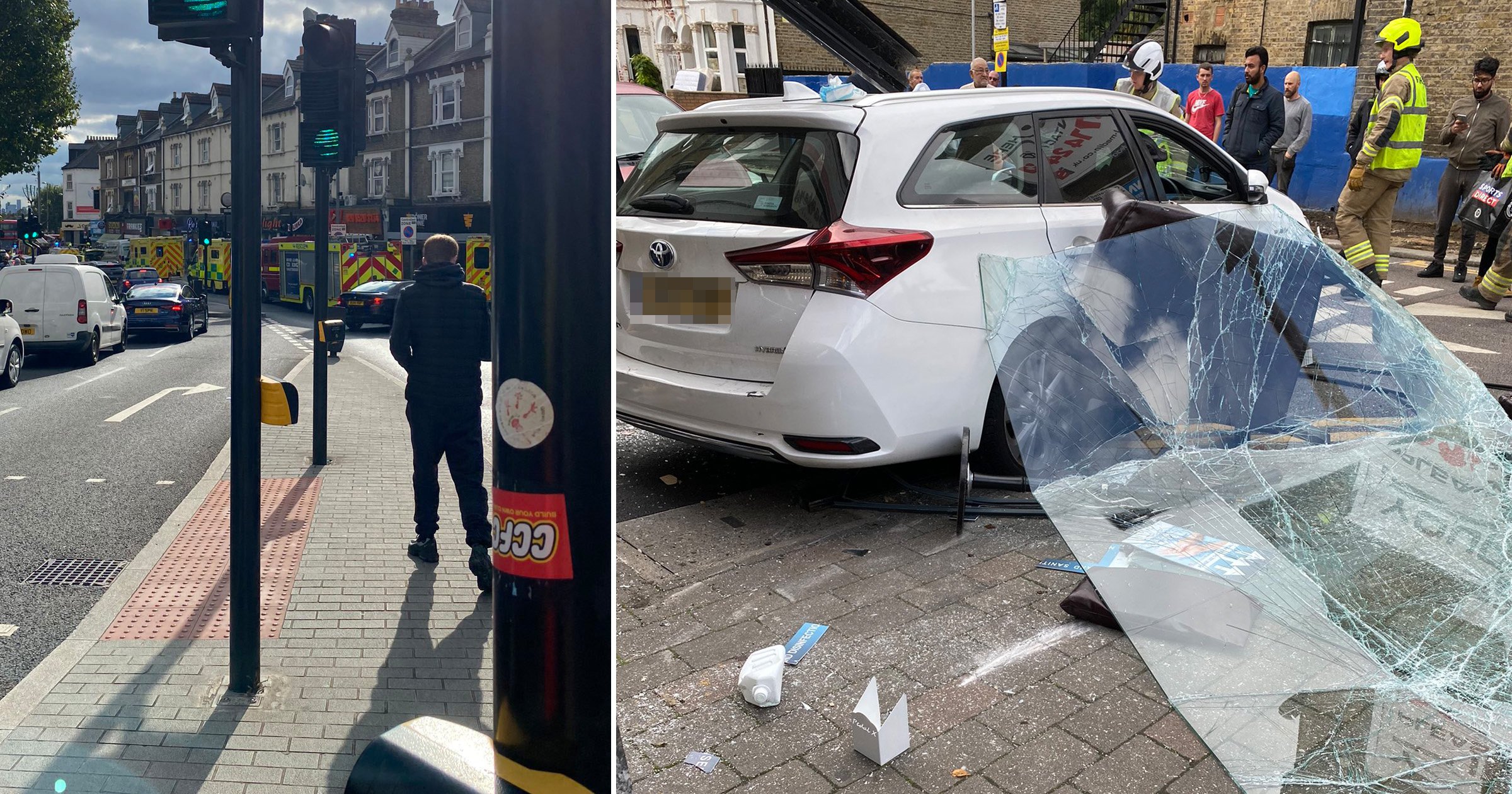 Five people were rushed to hospital this afternoon after a car has crashed through a hairdressers in London.

It happened at Prestige Barbers on Hoe Street in Walthamstow shortly before 2pm.

Video of the carnage shows people being treated amid wreckage including smashed glass and chairs.

More than a dozen citizens are at the scene attempting to deal with the situation. Emergency services including the fire service have also attended.

Three of the five taken to hosptial were ‘priority’ cases, the London Ambulance Service said.

A white Toyota appears to have been involved.

A witness says in the video: ‘It looks like a car just came through one side and smashed through the other side.’

A London Ambulance Service spokesperson said: ‘We were called at 1.45pm today to reports of a vehicle colliding with a building on Hoe Street, E17.

‘We treated five people at the scene and took all of them to hospital, three as a priority. Our crews have now been stood down from the scene.’