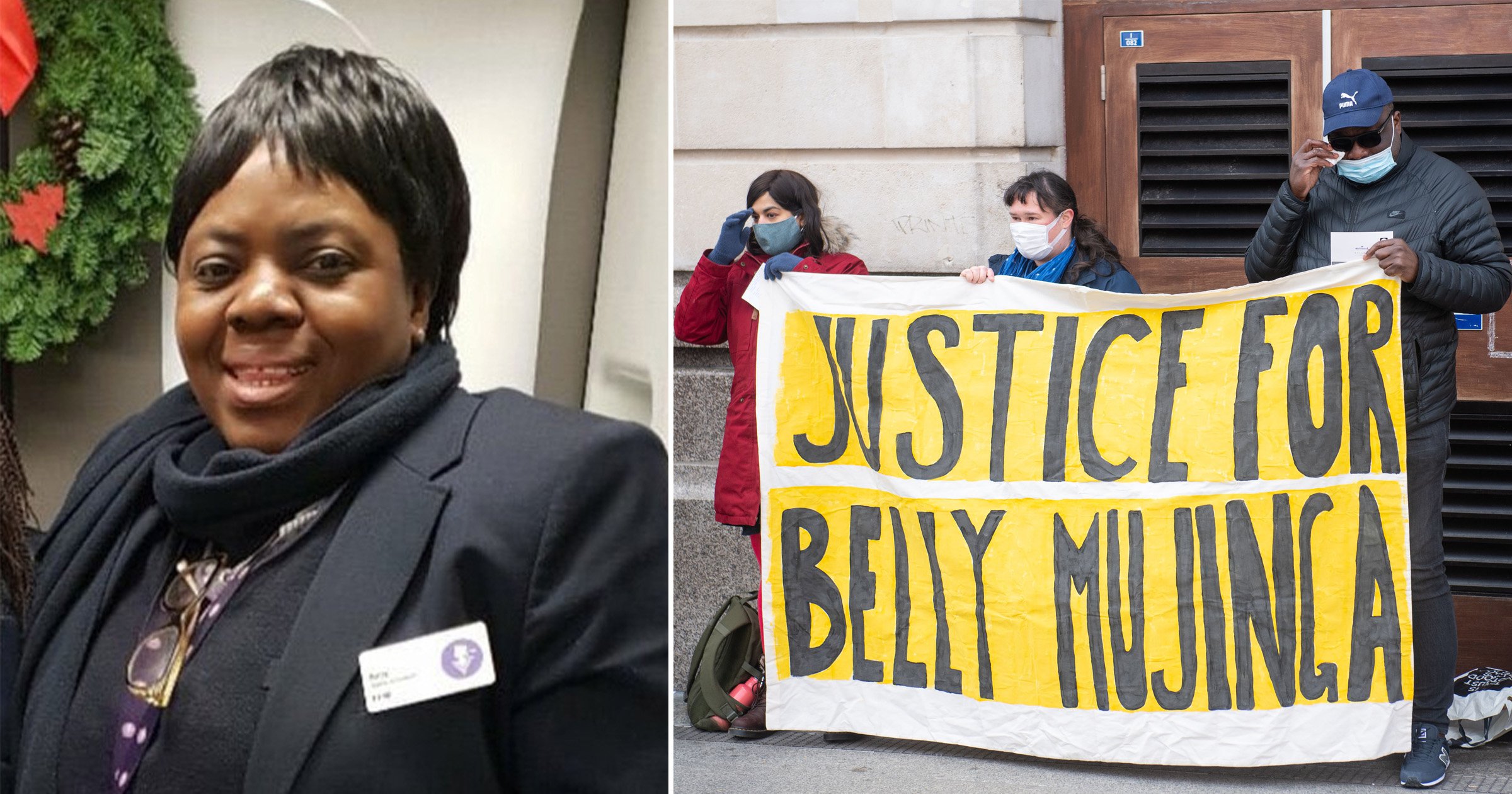 The inquest into a railway worker who died from Covid after a customer reportedly coughed and spat at her has been delayed again.

Belly Mujinga, 47, passed away on 5 April 2020, two weeks after the incident at London’s Victoria station is alleged to have taken place.

Speaking at the end of another administrative hearing, coroner Andrew Walker apologised to her family for the ongoing delays to the inquest, which is yet to receive a set date.

‘My deepest sympathies to the family, and my apologies for the delay in this matter,’he told the coroner’s court in High Barnet on Friday.

While the inquest continues, British Transport Police (BTP) said there was not enough evidence to suggest that a crime had taken place after interviewing a 57-year-old man in connection with the incident.

A statement issued in May 2020 said: ‘Having thoroughly reviewed all statements from key witnesses including co-workers and closely reviewing the CCTV footage, the investigating officers concluded there was insufficient evidence to support a prosecution based upon the allegation that the man spat deliberately on Mrs Mujinga or said that he had the virus.

They added that they would refer the case to the Crown Prosecution Service (CPS) for an independent review.

In August that year, the CPS confirmed ‘no further reliable evidence’ became available to change the original decision of the BTP.

‘CCTV and witness evidence was insufficiently clear and consistent to substantiate allegations of deliberate coughing or spitting, meaning no charges can be brought for assault or public order offences.

‘Medical tests confirmed the suspect had not been infected with coronavirus, which together with the lack of other evidence rules out any charges in relation to homicide,’ it said.

Mrs Mujinga was originally from the Democratic Republic of the Congo, where she was the first female sports journalist to work for the national broadcaster RTNC, her family said.

Her husband, Lusamba Gode Katalay, and daughter Ingrid were two of only 10 people permitted at her funeral due to coronavirus restrictions in place at the time.

Her death prompted an outpouring of grief and demand for answers.

Prime Minister Boris Johnson previously mentioned Ms Mujinga’s death in the House of Commons, telling MPs: ‘The fact she was abused for doing her job is utterly appalling.’

An additional pre-inquest review is due to take place on 25 January, when an expert is understood to be assigned to look into possible causes of Ms Mujinga’s Covid-19 infection.