Home » Europe » Inside Meghan Markle’s life: What life with Prince Harry’s REALLY like ‘it’s no fairytale’

Meghan Markle and Prince Harry tied the knot on May 19, 2018 in a fairytale ceremony at Windsor Castle watched by more than a billion people around the world. Fast forward 12 months and it is incredible to think of any newlywed who has had a more monumental introduction to married life than 37-year-old Meghan. In fact, marrying Harry, 34, was a significant turning point in the life of the former Suits actress originally from California. She formally joined the Royal Family and received a royal title, The Duchess of Sussex.

Five months later, Meghan announced her pregnancy before embarking on a gruelling overseas tour of Australasia with Harry.

On their return, she had to navigate the ongoing fallout of her rift with father Thomas Markle and half-sister Samantha Markle – not to mention rumours of one with her sister-in-law the Duchess of Cambridge.

Most recently, she became a first-time mother to Archie Harrison Mountbatten Windsor, the seventh-in-line to the throne, after moving to Windsor.

But feminist and campaigner Meghan has also relinquished ordinary freedoms while becoming the subject of intense media and public scrutiny. 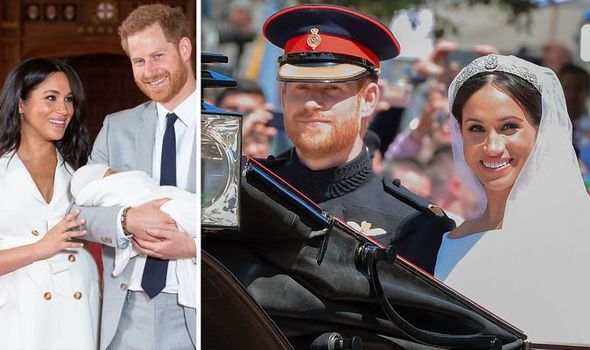 Royal author Duncan Larcombe says one year on, Meghan is likely to have realised her new life as a royal bride “is no fairy tale”.

The royal editor told The Sun: “Her decision to wed her handsome Prince has come at an unimaginable cost.

“Marrying Harry meant an end to her career, a move to a new country, giving up the freedoms of ordinary life not to mention the silencing of her Instagram posts that were followed by a million fawning fans.”

Meghan’s solo retirement from social media was not the only thing she gave up for Harry – she had to stop writing her beloved lifestyle blog The Tig. 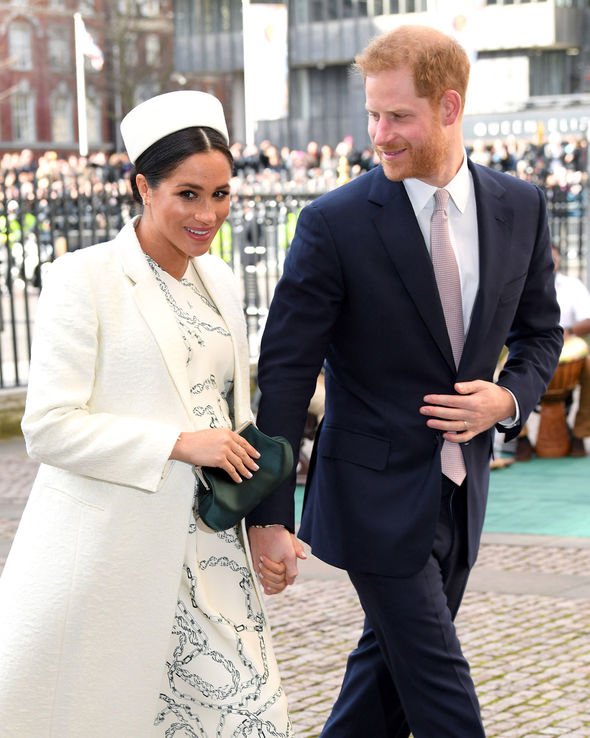 And the former outspoken celebrity had to curb any comments on pretty much everything relating to the wider world in line with royal protocol.

This will have proven particularly tough for the Duchess over recent months as she was forced to remain silent on stories about her used by racist trolls to abuse her online.

Mr Larcombe says this will have seen Harry taking an extra protective stance towards his wife – but the pair must remain vigilant.

He explained to The Sun: “What has happened since the smiles and celebrations of this time last year, is that Harry has gone into overdrive to protect his wife from criticism, whether from her internet trolls or her own family. 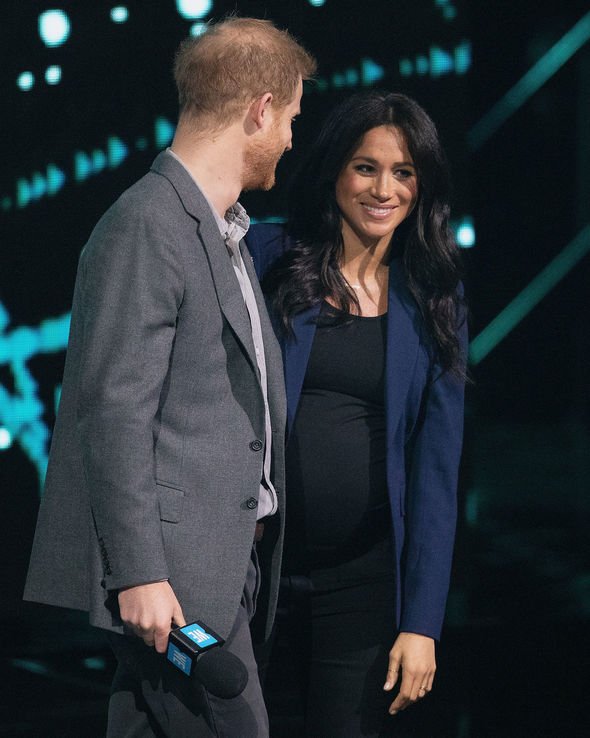 “The danger for the much loved but hot-headed Duke of Sussex is that his rage against the media will ultimately alienate him from the public who adore him.

“One year into their marriage, Harry and Meghan should be proud of how things have gone so far.

But they need to remember being popular is not an entitlement, it has to be maintained.”

He added: “But for now, they remain the golden couple who look set to survive whatever is thrown at them.