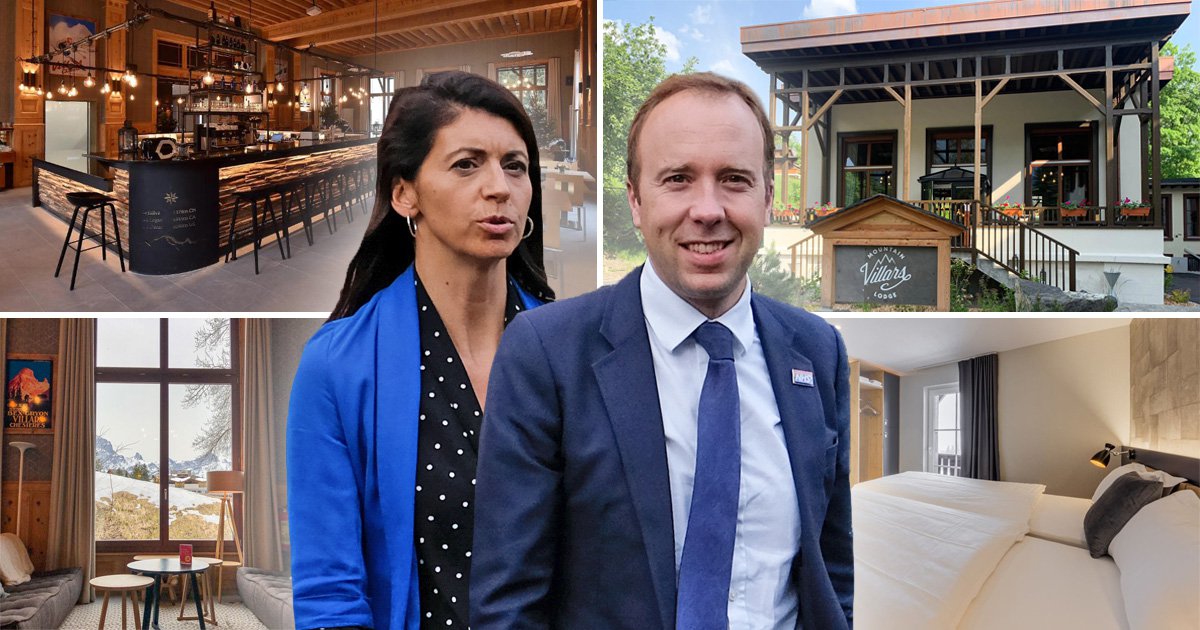 Shamed former health secretary Matt Hancock and lover Gina Coladangelo have quietly snuck away for a romantic stay in a picturesque ski resort popular with royalty and celebrities.

The politician, 42, is making the most of post-Cabinet life by enjoying an £87-a-night room at a hotel in Villars, which is nestled in the Swiss Alps.

The loved-up pair booked themselves into The Villars Mountain Lodge, which advertises itself as ‘a place to live and experience a new art of living’.

Located in Villars-sur-Ollon, a ‘few steps away from the mountains’, the spot boasts ‘cozy beds, ultra-soft pillows and soundproof rooms’.

It is ‘resolutely modern and at the same time delightfully authentic’, according to the website. Room prices vary from £87 to £120-a-night.

The couple, who are both still married, have a choice of swish places to grab dinner – including Michelin Guide recommended gourmet restaurant Le Jardin des Alpes and the five-star-rated Auberge du Col de Soud.

The get-away comes after Mr Hancock left wife Martha after explosive pictures of him in a passionate clinch with former aide Ms Coladangelo, 44, were exposed.

The Queen’s grandson-in-law Mike Tindall is known to be a big fan of the ski resort, which is close to the popular tourist town of Montreux and about a 90 minute drive from Geneva.

Speaking to The Telegraph, the former rugby player previously said: ‘Villars is very quiet so you get the slopes to yourself and there are no lift queues.’

It is also popular along the Danish Royal Family, with members including Princesses Marie and Athena of Denmark hitting Col-de-Bretaye for their annual ski holiday in 2015.

Pioneering British chef Heston Blumenthal has named it as one of his favourite ski resorts.

Swiss President Guy Parmelin has also been known to pay a visit to the area, which has some of the most expensive boarding schools on the planet.

House of Cards actor Michal Gill also once called the area home as he enrolled at the £83,868-a-year Aiglon College.

Mr Hancock and Ms Coladangelo drove the 550 miles journey to the resort near Geneva, the Daily Express reports.

He was spotted wearing a baseball cap, sunglasses and a face mask in the area yesterday, while his girlfriend dressed casually in denim.

Wing and a prayer: No qualifications or licence needed to pilot a drone