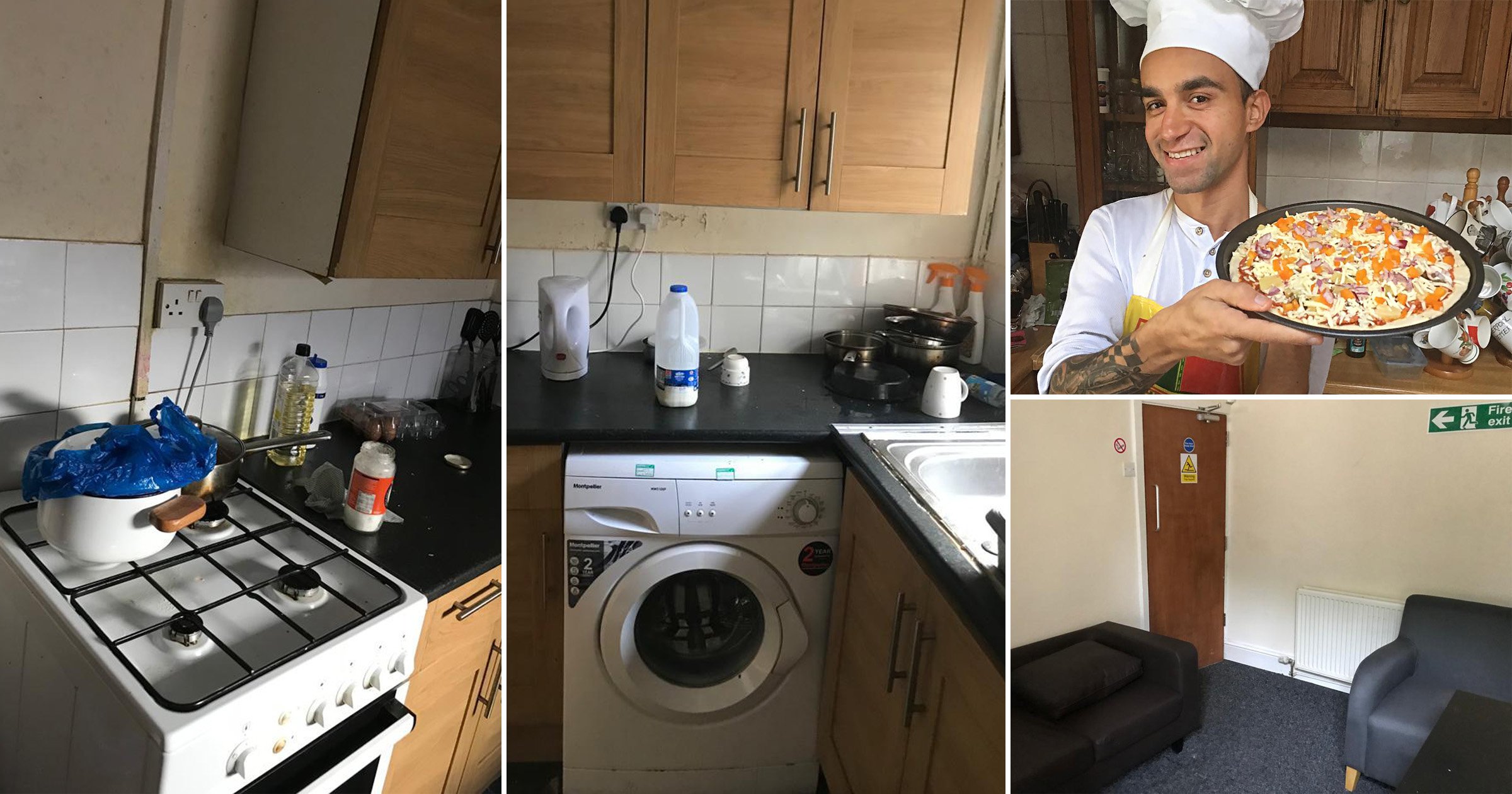 This is the cramped, shared terraced house where the Liverpool terror suspect is believed to have plotted his Remembrance Sunday attack.

Emad Al Swealmeen, 32, died after a homemade ball-bearing device exploded outside Liverpool Women’s Hospital seconds before 11am on November 14.

Prior to the failed attack, he is thought to have lived in a terraced house, which he shared with three other asylum seekers, for more than a year.

The building was managed by Serco, which provides housing for asylum seekers, and had been converted from a three-bedroom to four-bedroom property.

It has housed asylum seekers for the past 10-years is understood to be a noisy, cramped and unpleasant to live in.

One former resident told MailOnline that he often complained to Serco officials about conditions inside the home and pleaded to be moved, which he eventually was in 2020.

TJ Jayaweera, 29, an asylum seeker from Sri Lanka, said the bedroom walls were made of thin plywood and it was difficult to sleep at night because of continual noise.

Mr Jayaweera, who lived in the property for almost three years, told MailOnline: ‘It was filthy and very noisy and horrible to live in.

‘There were a lot of asylum seekers like me coming and going but I was there for the longest period of time.’

He added that he never met the landlord of the property while he lived there but was in regular contact with his Serco housing manager.

Mr Jayaweera said: ‘I would send emails to the manager complaining about the living conditions in the home. There are a lot of properties housing asylum seekers in that part of Liverpool and the conditions are very poor.’

Counter-Terrorism Police North West have connected Al Swealmeen to addresses in both Rutland Avenue and Sutcliffe Street in Liverpool.

On Monday, they said: ‘We believe he lived at the Sutcliffe Street address for some time and had recently rented the Rutland Avenue address.

‘Our focus is the Rutland Avenue address where we have continued to recover significant items.’

Appealing for information, police added: ‘Now that we have released his name, any information that the public may have about Al Swealmeen no matter how small may be of great assistance to us.’

Al Swealmeen is said to have moved to the UK from the Middle East several years ago and was supported by a Christian couple who at one stage housed him in Liverpool.

The suspect, described as artistic and a motor-racing fan by the Hitchcotts, was reported to have changed his name to Enzo Almeni – after the renowned racing figure Enzo Ferrari.

According to the Sun, he was a Jordanian national who had spent time in Iraq, where his mother was from.

Police, who are being assisted by MI5 in the investigation, said ‘significant progress’ had been made but it could take ‘many weeks’ before they fully understand what happened.

The incident has been declared a terrorist attack and the UK terror threat level has since been raised from substantial to severe, meaning an attack is ‘highly likely’ rather than ‘likely’.