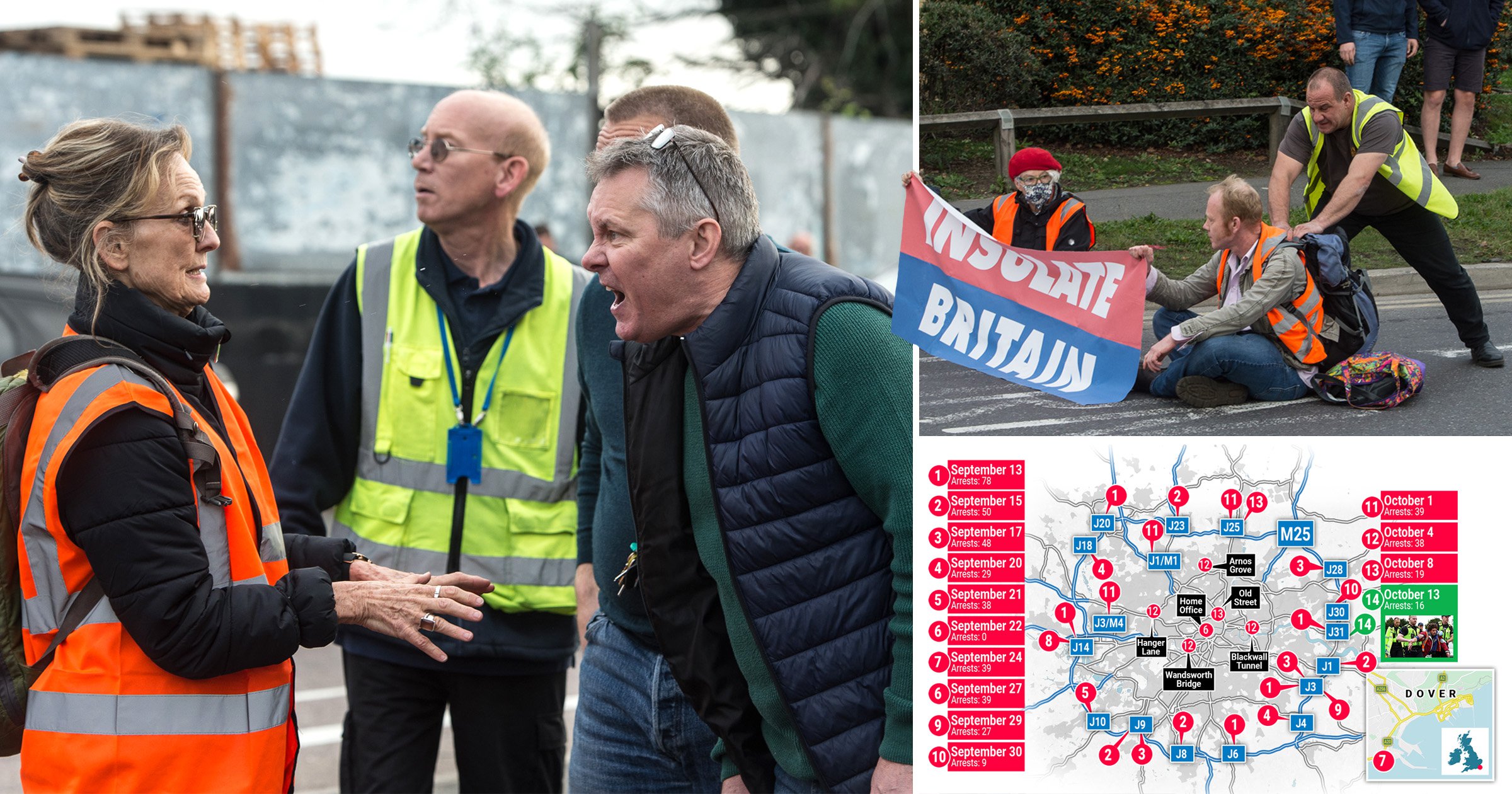 Insulate Britain has announced it is pausing its five week campaign of disruption – but could be back in time for half term.

The climate change protesters have written to Boris Johnson asking for him to back their policy.

In remarks to be delivered to the prime minister later today, the ground said they ‘profoundly acknowledge the disruption caused over the past five weeks’.

A spokesperson said they ‘will suspend [the]campaign of civil resistance’ until October 25.

But they issued a warning the controversial demonstrations could restart, telling the PM ‘we ask you to use this time to signal’ meaningful action on climate change.

The statement comes a day after the group’s latest protest threatened to spillover into serious disorder.

Members of the public took matters into their own hands to drag activists off the road after the group blocked the M25 near the Dartford Crossing.

One mum on the school run threatened to ‘drive through’ the group with her Range Rover.

Essex Police arrested 35 people at two sites yesterday, taking the total number of arrests over the course of the campaign to well over 400.

Insulate Britain activist are planning to hand deliver the letter to Downing Street this afternoon, although it’s unclear if Mr Johnson will have returned from his holiday in Spain by then.

The government is preparing to take between 12 and 15 activists to court, where they could face prison sentences of up to two years, according to Mail Online.

A court order banning protests on major roads in London and the South East was extended until November 30 by a High Court judge but has been ignored by the group.

Officials will reportedly step up legal action against individuals named in the injunction in the coming days.

On the day the order was confirmed, protesters set legal documents alight outside the court.