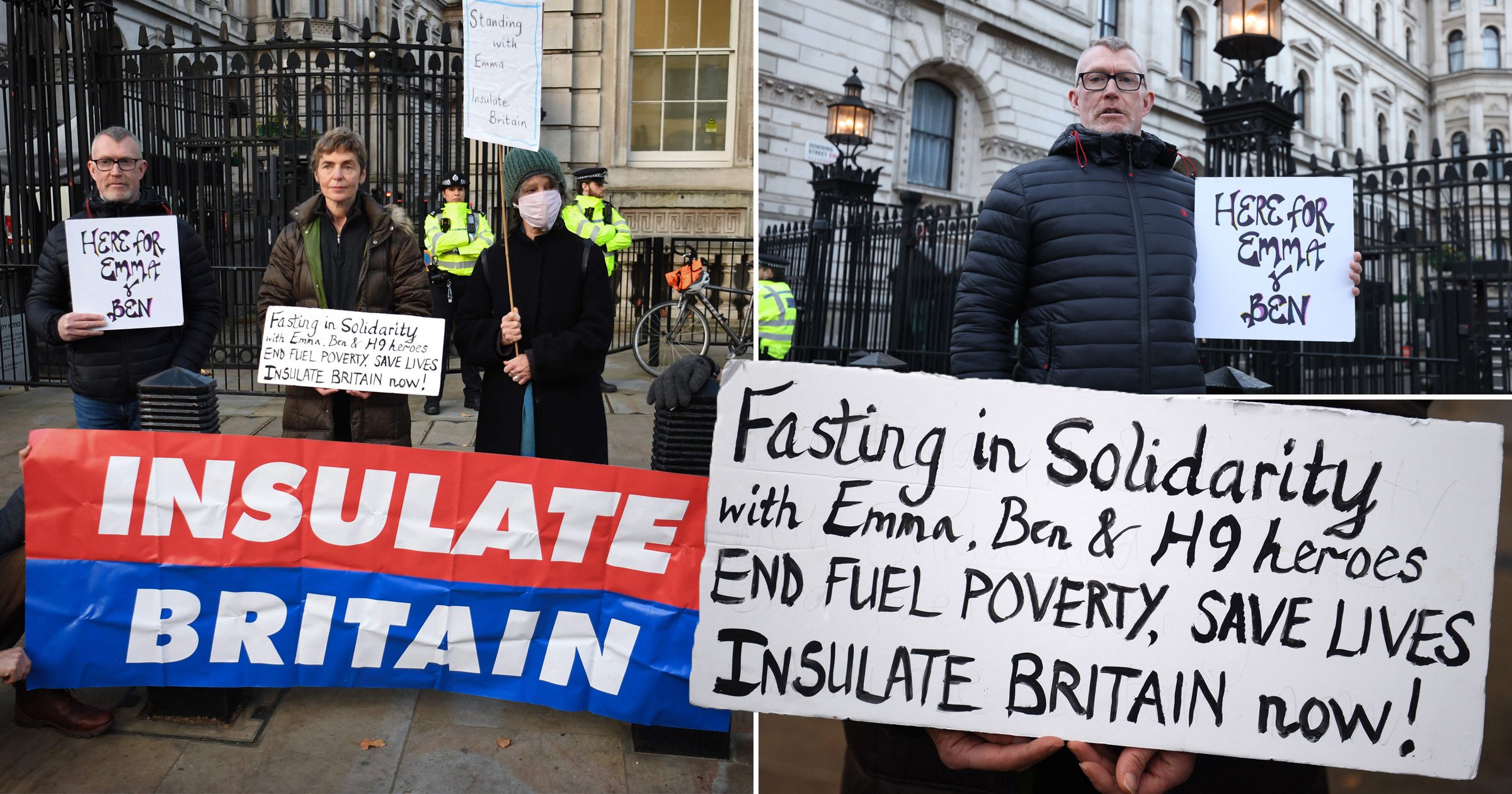 Insulate Britain activists are taking part in a 24-hour fast outside Downing Street.

Tuesday’s demonstration is intended as a show of solidarity with Emma Smart, a jailed protester who has been on hunger strike for two weeks.

On Friday, Ms Smart was moved to the hospital wing of HMP Bronzefield in Ashford, Surrey, with her husband saying she was ‘feeling a bit weak’.

The 44-year-old had been jailed for four months earlier in November for breaching an injunction – and immediately vowed to stop eating until the Government moves to insulate homes.

Now into her 14th day of not eating, Ms Smart is said to be in ‘good spirits’.

She argues: ‘I feel that not eating is the only thing I can do from prison to draw attention to those who will have to make the choice between heating and eating this winter.’

Now fellow Insulate Britain activists are staging the fast outside Downing Street in a call for action on fuel poverty.

Among those expected to take part is Ms Smart’s husband Andy Smith.

‘There’s clearly a lot of inaction coming from our Government, they’re not taking the steps that are needed to combat the climate crisis that we’re in, and they would rather just chuck people in prison than actually face up and deal with those problems.’

Ms Smart is one of nine activists jailed for breaching an injunction designed to prevent Insulate Britain from disrupting traffic.

They appeared at the High Court on November 17 having admitted to breaching an injunction by taking part in a blockade at junction 25 of the M25 during the morning rush hour of October 8.

They received sentences of between three and six months and were ordered to pay £5,000 in costs each.

The then-leader of the Green Party blasted the group’s tactics, in an exclusive interview with Metro.co.uk.

A further nine Insulate Britain protesters are to appear at the High Court on December 14 to face a charge of contempt of court.