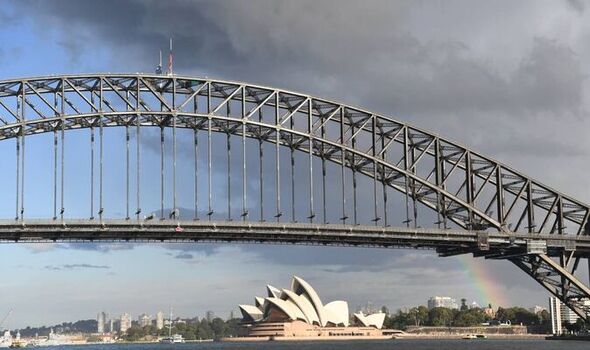 Cartridge, 24, had minor soft tissue damage as a back seat passenger in November 2018 but boosted her compensation claim. The account handler told a doctor six months later she was so badly hurt that she was “prevented” from exercising.

Her Facebook posts were checked by the other driver’s insurers and they showed she did a 5km obstacle race the day she saw the doctor.

A little later she scaled the 440fthigh bridge with her boyfriend.

Cartridge, from Bournemouth, Dorset, was given 16 weeks in jail, suspended for a year, and ordered to pay £20,000 in legal bills at the High Court in London.

Paul Higgins, for insurer LV, told Judge Richard Pearce that Cartridge claimed she had “restricted movement” in her back and neck which stopped her exercising and carrying out household tasks such as ironing.

But, he added, a day after the crash she posted she had been shopping and on a dinner date: “On December 5 2018 she posted a status update stating ‘can’t get much better’ alongside a photo showing what appears to be her swimming with dolphins.

On June 1 2019, notably that same day she was medically examined, she posted a status update stating “soo…we completed the 5k inflatable run this morning…”

“On June 16 she posted a status update at Bridge Climb Sydney, stating: ‘Time to climb the bridgge’. She was tagged in another status update stating ‘cool night doing the Sydney bridge climb’.”

The court heard she told the doctor she “engages in regular sporting and leisure activities…and that at the time of the examination “these continue to be prevented as a result of her symptoms”.

The barrister said it was “not possible to reconcile [her] list of alleged difficulties with her social media or completing a 5km obstacle run.

“She had completed the inflatable run immediately before the examination.” He asked the judge to jail Cartridge and to make her pay the estimated £20,000 case costs.

But her barrister Andrew Mckie asked for mercy, saying: “She will lose her job and career.”

Judge Pearce said: “This is exaggeration, not invention, but a custodial sentence is inevitable. I do not wish to give out the message that simply because somebody is of good character and in employment they can expect to get away with it.

“I have been impressed with her straightforward apology to the court and I take into account that this finding will have serious financial consequences for her.”

Tragedy as scared dog killed by train after running from fireworks