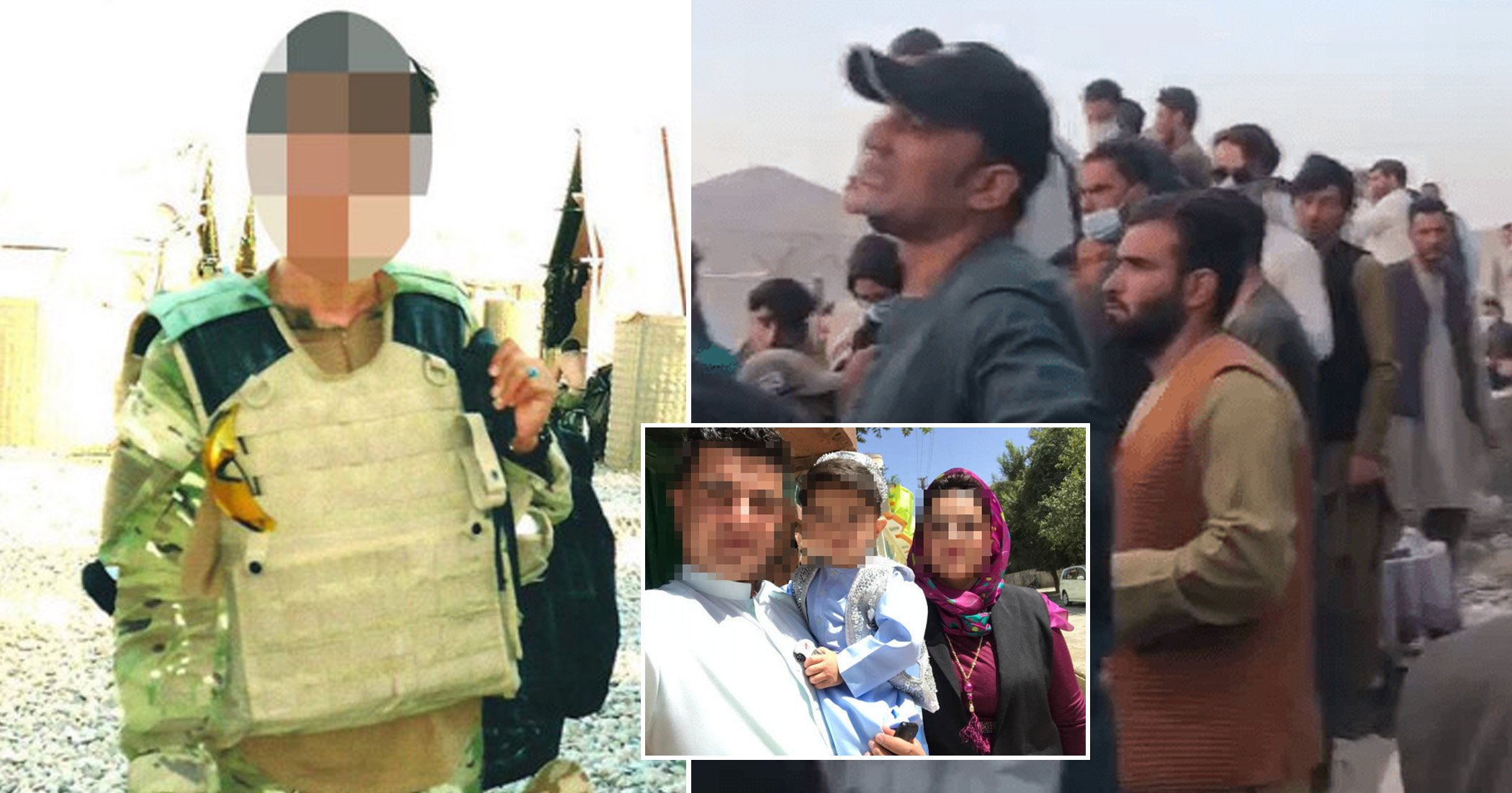 A former British Army interpreter accepted into the UK resettlement scheme has captured the desperate scenes as he joined up to 4,000 people gathered outside Kabul airport.

Ahmed, who at one point worked for the Gurkhas, has been accepted for relocation but faces a perilous journey to catch his flight, with reports of a deadly gunfight at the mass evacuation point this morning.

The Kabul resident went to Hamid Karzai International Airport yesterday with his wife and one-year-old son but was unable to gain entry amid the heavy crowds outside the perimeter.

Ahmed, speaking under an assumed name to protect his safety, said he was among former interpreters who were were unable to enter due to not having the right documentation and the sheer weight of numbers.

The trio first went to an entrance where he says only British passport holders were being allowed in before going to a main gate where he was among thousands pleading with Western troops.

At the time, they had been deemed eligible for relocation to the UK under the Afghan Relocation and Assistance Policy but had not been given a date for their evacuation flight.

Ahmed, who served with British troops in Helmand Province, filmed Afghans holding documents but apparently not being allowed a way through by a guard facing the crush.

He said: ‘When we got to the main entrance we found between three and four thousand people outside the airport, with more arriving all the time.

‘People in the crowd were talking about a little child being trampled in a crush that happened before we turned up.

‘There were people carrying yellow flags who were allowed into the airport but there were lots of ex-interpreters without the right paperwork who were just stuck there, no one was directing them inside the base.

‘The people with yellow flags seemed to have been contacted in advance by NATO countries and were being escorted inside the airport.

‘I put my son on my shoulders because there was such a huge crowd but there was no way in.

‘I left because I didn’t want him to get trampled like the other small child.

‘I just feel hopeless and left behind.

‘It’s like the Afghan people are being fed to the crocodiles, we are trying any way we can to escape.’

The ex-translator was due to try to access the airport again today.

He is among former interpreters who face a race against time to leave their homeland amid a fraught and deadly security situation at the airport.

An Afghan guard helping US forces with the evacuation effort was killed this morning in an exchange of gunfire involving US and German soldiers at the hub, according to reports.

The crowd outside now numbers tens of thousands of people, according to Sky News.

On Saturday, seven Afghans were killed in a crush at the gates as desperation grows, with the August 31 target date for the US withdrawal from the country approaching.

The airport has become the epicentre of the tense multinational evacuation effort after the Taliban swept to power when they seized Kabul just over a week ago.