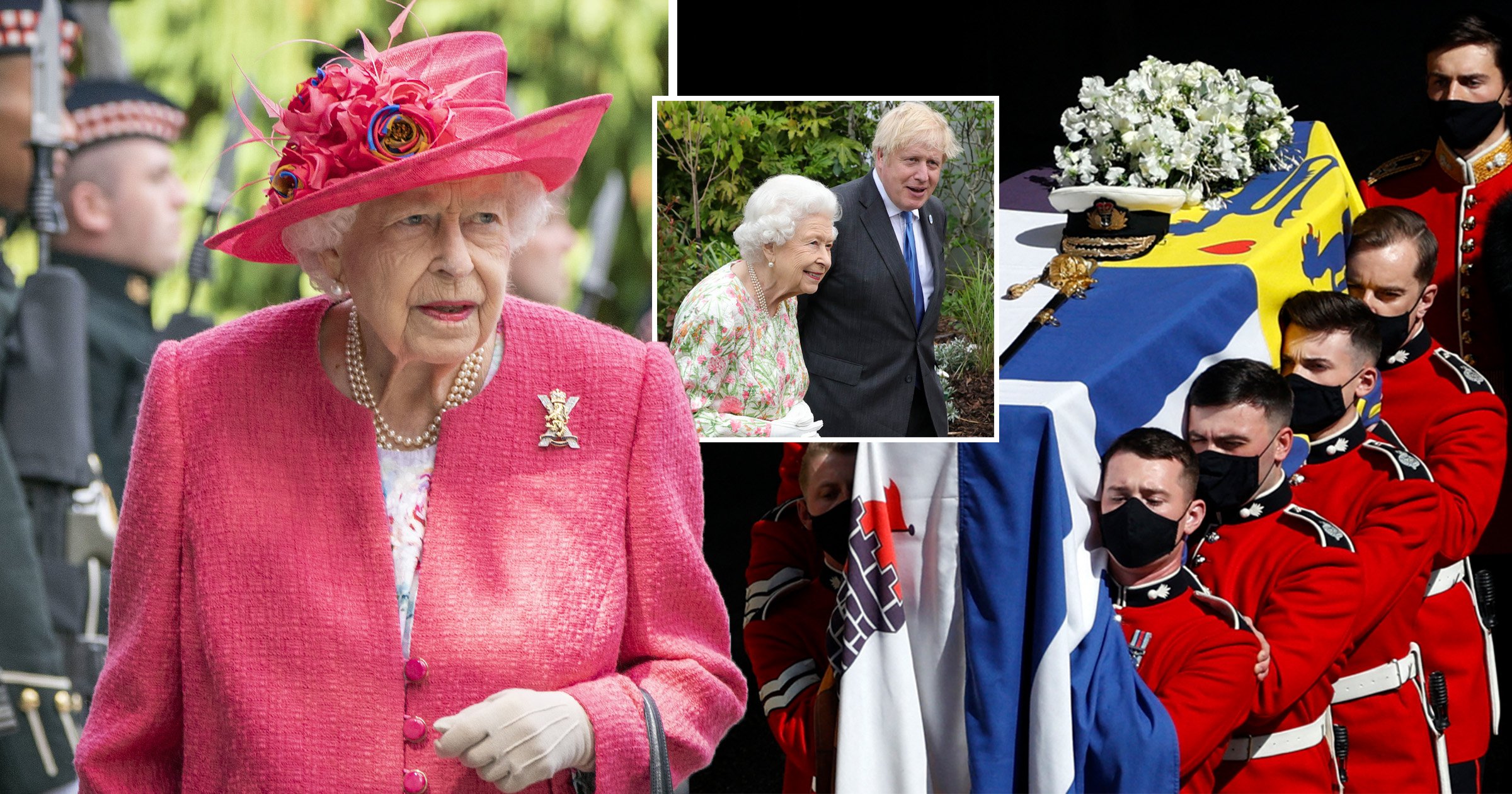 A formal investigation into a leak of plans for what will happen when the Queen dies could be launched in a matter of days, according to reports.

The Royal Family is said to be furious and officials are trying to find out who revealed the confidential documents.

It is assumed the plans were leaked from Whitehall, which is likely to be rather awkward for Boris Johnson when he visits the Queen in Balmoral Castle this weekend.

It includes the accession to the throne of Prince Charles, culminating in a state funeral.

Vast crowds are expected to descend on the capital to see the Queen lying in state before a Westminster Abbey service.

The documents include memos revealing concerns over London becoming ‘full’ as millions flock to pay their respects.

It also features notes on flags having to be lowered within 10 minutes of the official announcement and Prince Charles touring the UK after being declared King – known as Operation Spring Tide.

The protocol was supposed to be reserved for a select group of government officials and specialist reporters, until it was leaked to Politico and shared with the world earlier today.

Now the Cabinet Office will try and find out which version of the documents, which are updated regularly, were leaked.

They will also try to establish the source of the leak, working, sharing some of their plans with police, local government, whitehall departments and the Royal household.

Cabinet Secretary Simon Case, who previously worked for the Duke of Cambridge, is not expected to make a final decision on a full investigation before next week.

One government source told the Mirror: ‘Neither the Palace nor the Government are particularly happy when leaks of this nature occur. But it is more annoying than damaging to the plans.’

Buckingham Palace declined to comment on the leak but royal sources said there was ‘widespread condemnation’ of the sharing of such sensitive details.

Royal author Angela Levin said: ‘I think it is awful and cruel to release the top-secret plans about the Queen’s death. Where are our morals?’