Those injured and bereaved by weapons supplied by former Libyan dictator Muammar Gaddafi expressed outrage last month when the Foreign Office said the report it commissioned would remain confidential. The late Colonel Gaddafi armed the IRA with the powerful Semtex plastic explosive used in multiple Troubles bombings such as those targeting Harrods in 1983, the Remembrance Day ceremony in Enniskillen in 1987, Warrington in 1993 and London’s Docklands in 1996.

In response to the Government withholding the report authored by former Charity Commission chair William Shawcross, one victims’ group – the Docklands Victims Association (DVA) – has published a document outlining findings and recommendations based on its 15-year campaign for compensation.

During its campaign, the group has met with Libyan officials, including the Libyan Ambassador to the UK Mahmud Mohammed Nacua, and a range of ministers and officials from the UK Government and Stormont.

In 2008, DVA president Jonathan Ganesh pressed the case for compensation in a meeting with then-prime minister Gordon Brown.

Mr Ganesh, who was badly injured in the Docklands bombing, also met with Mr Shawcross during his investigations in 2020.

He said victims were “immensely concerned” that the Shawcross report had been classified. 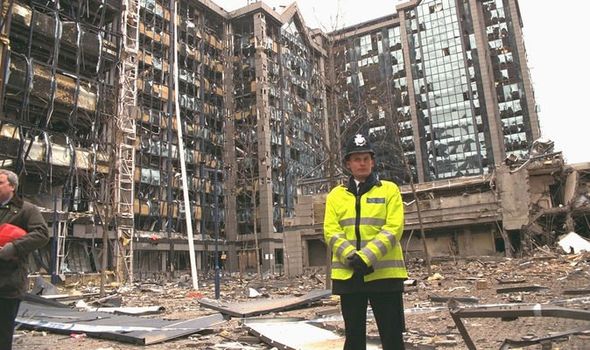 Mr Ganesh branded the Government’s approach to the compensation campaign “absurd and disingenuous”.

He said: “We have now, due to the absence of the promised Shawcross report, been forced to issue our own report based on the DVA work over the past many years to secure compensation.

“The victims and their families who attempted to do the impossible have more compassion, courage and humanity than our own Government. It very sad that our Government to do not appear have these qualities.”

Mr Ganesh is scheduled to give evidence to Westminster’s Northern Ireland Affairs Committee on the DVA report.

Victims want the current Libyan authorities to pay compensation, but, given the unlikelihood of that happening in the short term, they have urged the Government to instead use the billions of pounds of assets linked to the toppled Gaddafi regime which were frozen in the UK in 2011 under UN sanctions.

The Government has ruled out using the £12 billion of frozen Libyan assets, or the tax take generated by them, to compensate victims. 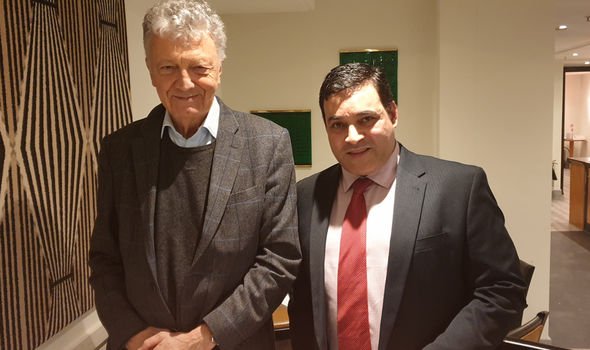 It has also refused to fund a scheme using other public finances while it continues to press the authorities in the north African country to pay out.

The Foreign Office has insisted the responsibility for paying victims of Libyan arms rests with the Libyan state.

The Government has highlighted that, under international law, it is unable to access the frozen assets.

However, victims insist the Government could use the £5 million of tax derived from the assets every year.

That money is diverted into the Consolidated Fund along with all other tax income and used to fund public services across the UK.

Victims have insisted it should be ring-fenced and used for compensation.

They also contend that the Government could use its UN Security Council veto to block any future move to unfreeze the assets until the compensation issue is resolved.

Campaigners have highlighted that the US, France and Germany secured millions of pounds in compensation for Libyan terror victims from Gaddafi’s regime as it emerged from years of international isolation in the 2000s.

Victims have been particularly critical of the last Labour government for failing to secure a similar agreement in the years prior to Gaddafi being ousted.

Ihsan Bashir, whose brother Inam was killed in the Docklands bomb, said he was “disgusted” that the Shawcross report was being kept confidential, accusing the Government of dashing the hopes of victims. 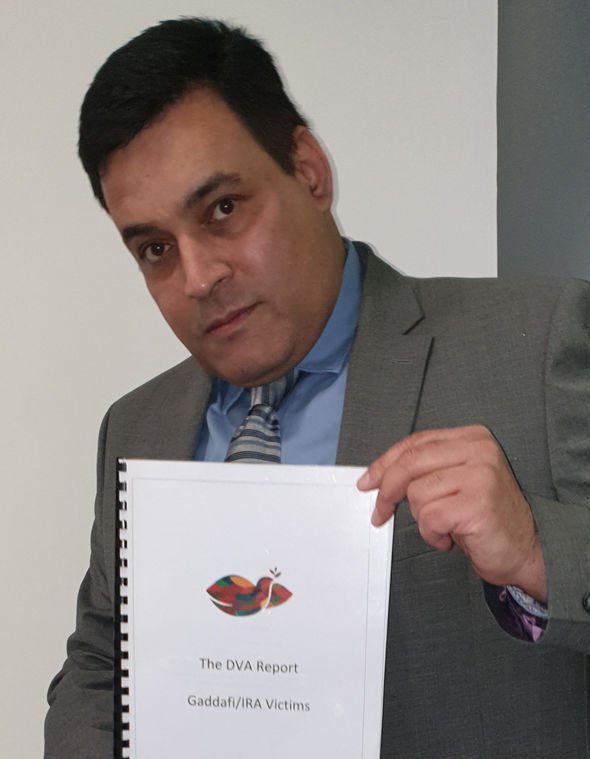 “I’m pleased the DVA are publishing their report, because the Government has devalued the life of my brother and all the victims,” he said.

Susanne Dodd, whose father Stephen, a Met police officer, was killed in the Harrods bombing, said the refusal to publish the Foreign Office report had broken her heart.

“How can they refuse to give us the report because of national security?” she asked.

“My poor dad saved the lives of countless innocent people and this is how he is recognised by his Government.”

Joe Holbeach, who was injured in the Enniskillen bombing, also criticised the Government.

“I have now accepted that my life and all those killed in the Troubles are worthless. The UK and Irish victims have been very shamefully treated.”

DVA campaigner Wayne Gruba added: “These victims have waited for too long with absolutely no support from the UK Government.

“We thought Boris Johnson would be different, but his Government has neglected the long-suffering victims like all those before, and made the pain even worse as he gave the victims hope they would be supported.”

Explaining why the report would not be made public, last month Foreign Office Minister James Cleverly said Mr Shawcross’s work had always been envisaged as an “internal scoping” exercise.

“Since it was commissioned as an internal scoping report, to provide internal advice to ministers, and draws on private and confidential conversations held by Mr Shawcross, the Government will not be publishing the report,” he said.

In response to the DVA move, a Government spokesman said: “The UK Government has profound sympathy for UK victims of Gaddafi-sponsored IRA terrorism, and for all victims of The Troubles.

“Providing compensation specifically for the actions of the Gaddafi regime, separate from the support available to victims of the Troubles, is the responsibility of the Libyan State.

“We will continue to press the Libyan authorities to address the Libyan State’s historic responsibility for the Gaddafi regime’s support for the IRA.”

AA axes instructors' contracts and bills them £10,000 in row over lockdown fees