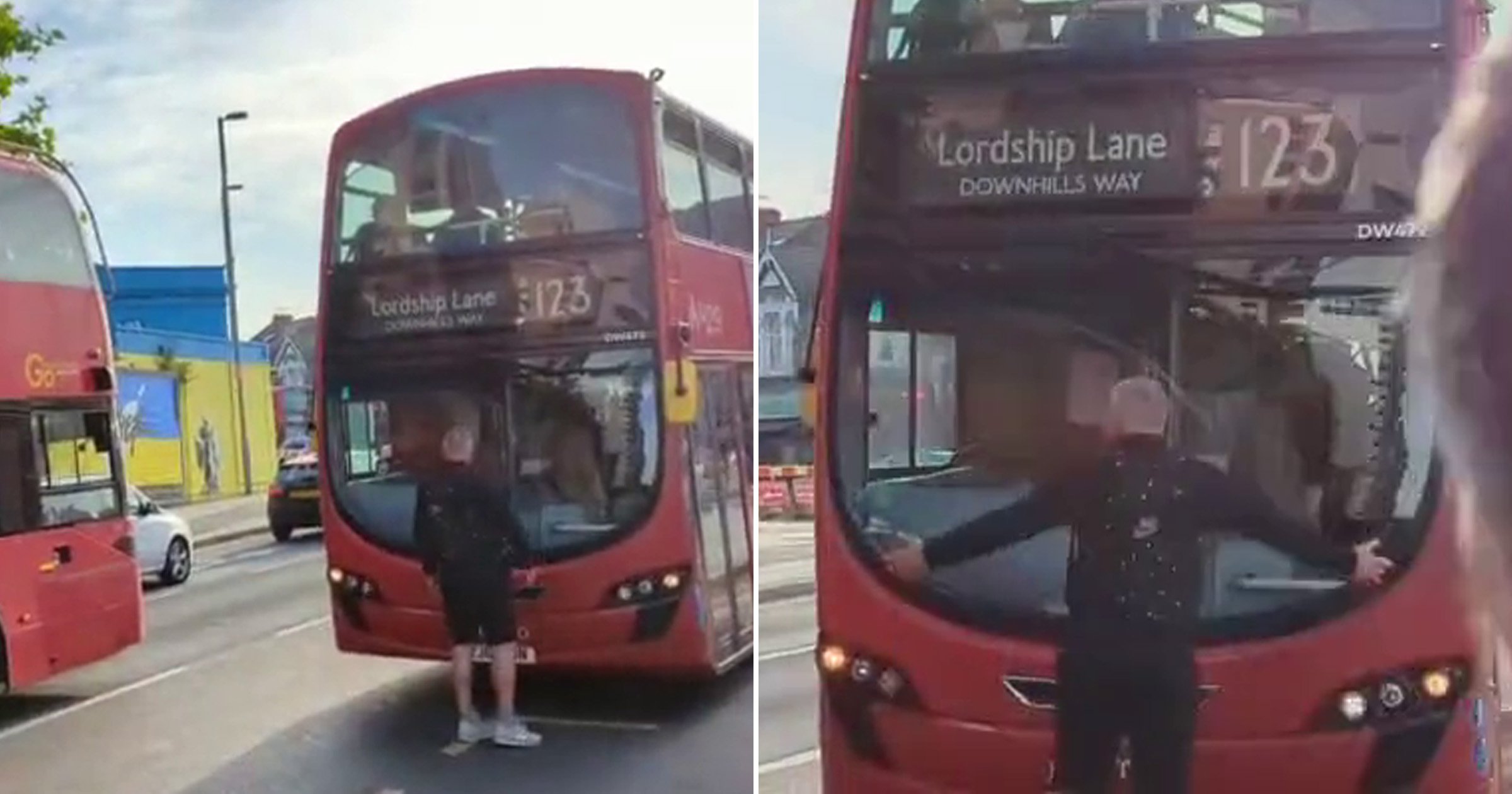 An angry commuter walked out into a road to block a bus in protest over it failed to stop for passengers affected by the rail strike.

Video shows how a large number of were people waiting at an unknown bus stop in London for the 123 bus to Lordship Lane/Downhills Way.

But after the bus failed to stop, one man couldn’t take it anymore and could be seen waving his arms around shouting at the bus driver in a foreign language.

The bus in question was full of passengers which explains why it could not pick up anyone from the bus stop.

Other people in the video saw the funny side to it all and can be heard laughing in the background at the angry man’s expense.

David posted the video to Twitter capturing it with: ‘Since 6.30am waiting for a bus but the buses still passing without stopping. And my patients and coworkers still waiting for me because of the #RailStrikes.

‘And we are not allowed to strike.

‘And my salary is totally worse than the ones that are striking.

‘The country needs a change’

Traffic on the main road at the time was either at a standstill or moving very slowly – as people across the capital took to the roads with their cars because of the latest rail strikes.

A live road map from this morning showed how congested London’s roads are in comparison to normal as most of the tube has also ground to a halt.

While traffic died down after the morning rush, roads were still busier than normal in city centres and on outer London sections of the M1, A4 and A40.

Around 40,000 members of the Rail, Maritime and Transport (RMT) union voted to walk out amid a bitter dispute over pay, jobs and conditions.

Last-ditch talks failed to resolve the row, with all sides blaming each other for the lack of progress.

It means only a fifth of all trains are running today, half of lines are closed, and the network will be shut down at 6.30pm.

Much of Britain will have no passenger trains at all, including most of Scotland and Wales, the whole of Cornwall and Dorset, and places such as Chester, Hull, Lincoln and Worcester.