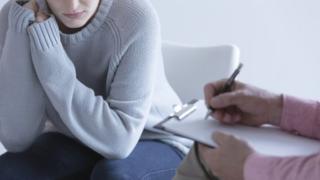 A bill to legalise abortion services in the Republic of Ireland has passed all stages of the Oireachtas (Irish Parliament).

On Thursday evening the report and final stages of the bill passed in the Seanad (Irish Senate), reports Irish Broadcaster RTÉ.

The Regulation of Termination of Pregnancy Bill will now be given to the President to be signed into law.

The Republic of Ireland overturned its abortion ban in a referendum in May.

The Seanad spent nine hours debating the bill on Thursday.

Just over 200 days ago, you, the people of Ireland voted to repeal the 8th so we could care for women with compassion. Today we have passed the law to make this a reality. A vote to end lonely journeys, end the stigma and support women’s choices in our own country

The Regulation of Termination of Pregnancy Bill allows for abortion services to be provided “on demand” up to the 12th week of a pregnancy, in the case of a fatal foetal abnormality or where the physical or mental health of the mother is in danger.

Since the bill’s introduction at first stage in October, there have been some minor changes, including a decision to review the legislation after three years, rather than five years as was originally planned.

Two different doctors will be allowed to assess a woman in early pregnancy and the offences section has been moved from the front of the bill.

Barbados ditching Queen could lead to ‘chain reaction’ in Commonwealth