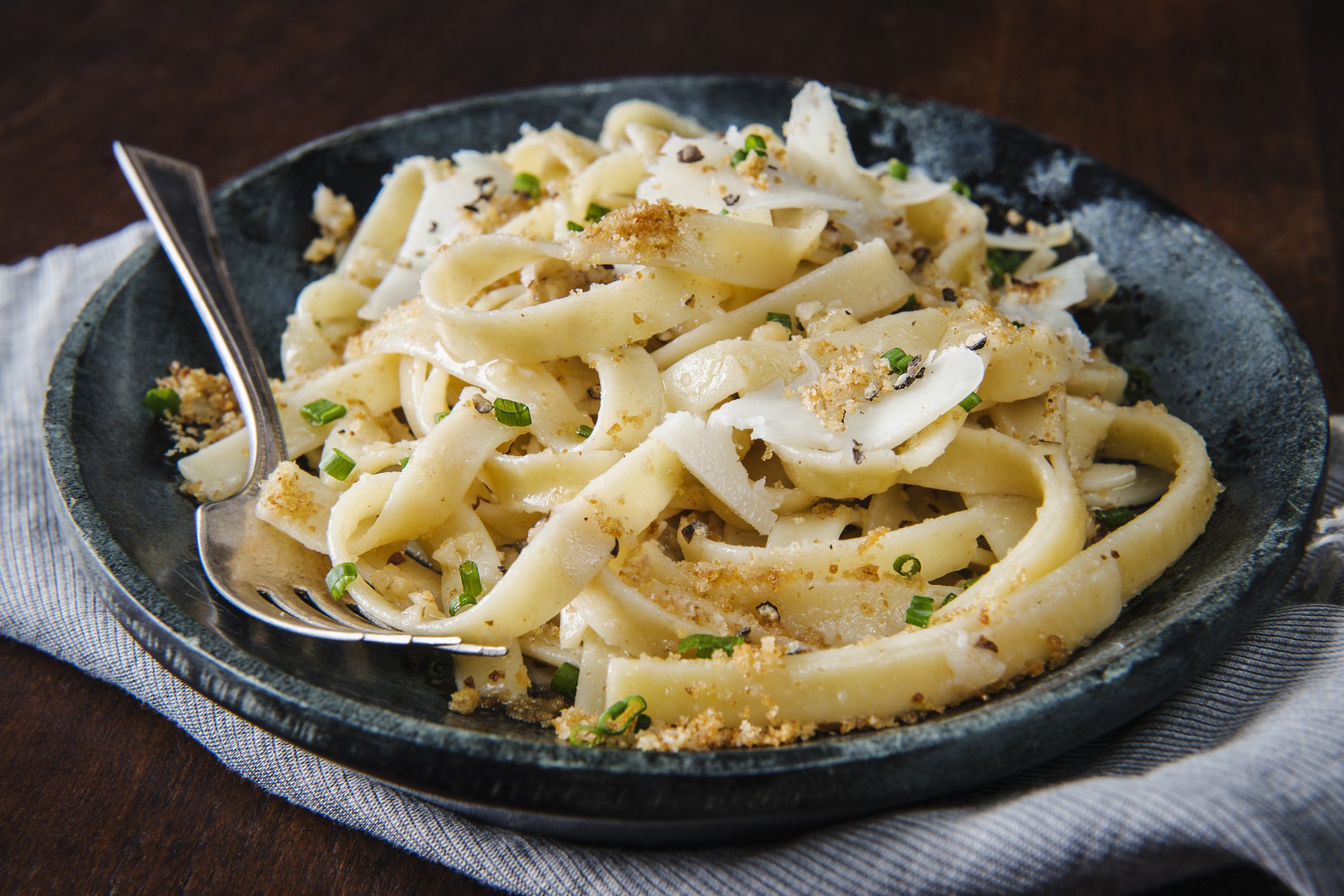 A new recipe that extends fresh pasta’s shelf life by 30 days has been developed by Italian scientists.

They successfully created a new packaging process and added bioprotective probiotic cultures to the pasta dough to make it last longer.

Until now refrigerated fresh pasta has had a shelf life of between 30 and 90 days.

The new recipe, described in the journal Frontiers in Microbiology, promises extra shelf life without artificial additives and synthetic ingredients.

It could also help tackle food waste, say the scientists.

Normally pasta is heat-treated, the equivalent of pasteurisation for pasta.

Once ready it’s stored in modified atmosphere packaging (MAP) where oxygen is removed and replaced with other gasses in a plastic film.

But pasta can spoil easily, particularly in products made for people who prefer natural or ‘clean-label’ food without artificial or synthetic ingredients that extend shelf life.

To combat that, researchers at the largest public research institution in Italy, the National Research Council, created a ‘clean-label’ pasta that is far less likely to go off.

In order to control microbial growth and the impermeability of the packaging, the team changed the ratio of MAP gasses and the combination of plastic films used to store the goods.

A multi-strain probiotic mixture was also added to prevent the growth of bacteria.

One set of fresh trofie was manufactured and packaged as usual.

Another was manufactured conventionally but stored in experimental MAP.

A third had bioprtoective probiotic strains added to the dough which, once made, was stored in experimental MAP.

After a few months they found the triofe pasta treated with the antimicrobial bioprotective probiotics and stored in experimental MAP had the best shelf life of all three experiments.

Dr Francesca De Leo, a researcher with the Institute of Biomembrane, Bioenergetics and Molecular Biotechnologies at the CNR, said: ‘The results demonstrate that the MAP, together with a spray-dried probiotic bioprotective cultures, acted in a synergistic way to control the microbial spoilage of fresh pasta during refrigerated storage.

‘From the consumer’s standpoint, a definite advantage of this product is the long shelf life and ease of storage.

‘This can be particularly important considering that consumers tend more and more to reduce the frequency of their food purchases, and consequently store as much as possible at home.

‘Food waste and loss have a great influence on the ecological and environmental sustainability of the food system.

‘The adoption of innovative technological solutions for food waste prevention, such the one outlined in this study, can help offset these problems, if companies are willing to accept the challenge and innovate.’

The World Food Programme estimated around a third of all food produced each year is thrown out or lost before it can be eaten.