Lega Party MEP Marco Zanni warned the European Union may soon well see the end of the European project due to the “deplorable” attitude the bloc adopted towards Britain during Brexit negotiations. Mr Zanni insisted the British decision to quit is a “demonstration of the errors of the past” the EU committed through the years as he demanded Brussels respect British voters. Addressing colleagues in the European Parliament in Strasbourg, the Italian MEP said: “We have to look at the deep-rooted roots that have led to decisions such as this, why citizens want to leave the European Union.

“People have said enough, they want to draw a line under the project which you think it’s infallible and perfect but they clearly see as absolutely ridden with defects.

“I’m concerned more about the economic institutional crisis in the European Union than I am about what’s going on in Britain.

“There is an institutional crisis across all the institutions here and within this European Parliament. The political groups are divided, absolutely fractured and have only just managed to cobble together a majority to elect a Commission President-elect with no policies yet.”

Mr Zanni continued: “This is not the way we should treat a country which has chosen to take its own path, taken a decision through the ballot box to do this.

JUST IN: Polling guru outlines Nigel Farage’s one condition for caving in on no deal Brexit 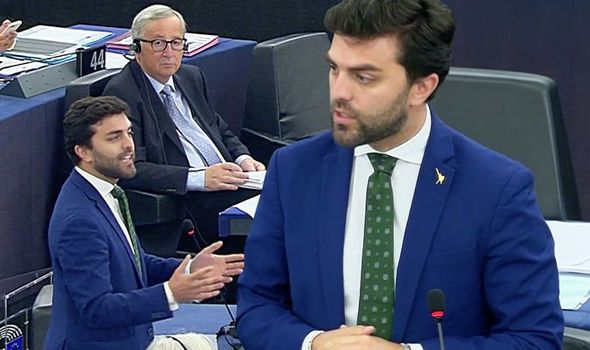 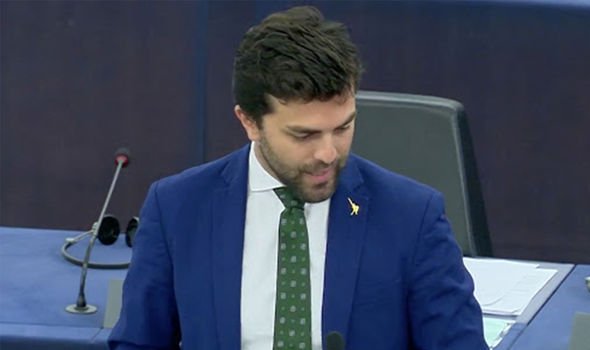 “It is not worthy of the supposedly democratic principles of this institution which will have no future any more than the European Union.

“The resolution today considers that Brexit is a deplorable proposition.

“When you see an exercise in democracy, which is what a referendum is, you cannot describe it as deplorable and you can’t start issuing lectures on democracy to the British Parliament. This is deplorable.

“This is something of the greatest concern to myself and my colleagues. This applies not only to the context of Brexit but more widely the whole history of the European Union in recent times.” 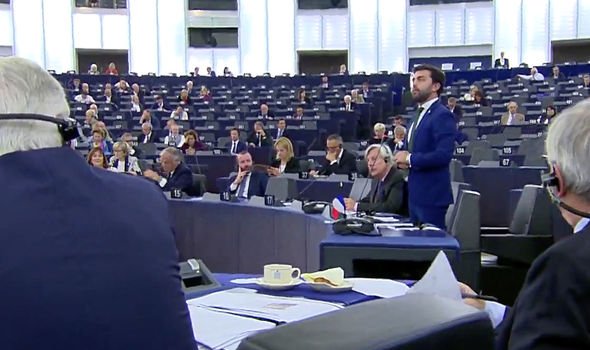 He added: “There are several examples of the same attitudes throughout the European Union where the decisions taken by the citizens have been rejected by the institutions.

“We’ve seen samples in the Netherlands, in France, in Greece. You may abhor the prorogation of the British Parliament but this is done within the British law.

“I’m concerned that freely-taken decisions taken by people can never be accepted, they have somehow to be reinterpreted in an unorthodox way so that they can ultimately be changed.”