Home » Europe » It’s been 25 years, yet questions STILL remain about the death of Diana 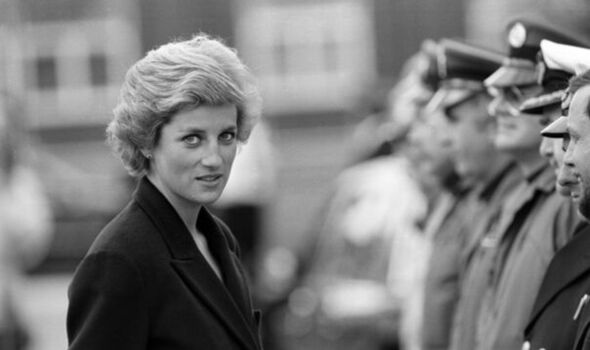 But 25 years after the tragic “accident in Paris”, surely no questions can still remain unanswered? Well, you’d be surprised. Or, more likely, shocked.

At about 12.20am on Sunday, August 31, 1997, a black Mercedes-Benz pulled away from the Ritz Hotel in Paris. It was carrying four people. Diana, Princess of Wales, who had been divorced from Prince Charles for just over a year and her companion, Dodi Fayed, were in the back. Dodi’s bodyguard, Trevor Rees-Jones, sat in the front passenger seat and Henri Paul, acting head of security at the Ritz, was driving.

They travelled southwards, towards the River Seine and, at 12:23am, the car entered the Pont de l’Alma tunnel then smashed into the 13th column in the underpass, spun wildly out of control and came to a halt facing the oncoming traffic.

The crash was horrific. Dodi and Henri Paul were pronounced dead at the scene. Trevor Rees-Jones was badly injured but survived. Diana was taken to a nearby hospital where she died at approximately 4am.

And, astonishingly, that is all we can know for certain. We don’t know exactly what happened in the tunnel because the security cameras in the underpass and its approach were all either out of operation or somehow failed to record the Mercedes.

Incredibly, many witnesses to the collision who came forward were turned away by the French authorities, so their potential testimony was lost.

And the crash-site investigation was rushed through with bewildering speed.

The very morning that the tragedy occurred the underpass was “scrubbed clean” and reopened at approximately 5.30am. The amount of forensic evidence lost through this astonishing haste can only be guessed at. 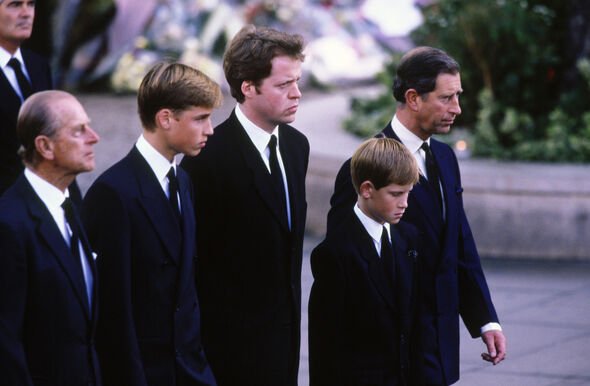 We don’t even know where Diana had been heading. The story, most pertinently from Trevor Rees-Jones, is that the party was en route to the Fayeds’ apartment in the rue Arsène Houssaye, but the Mercedes was actually travelling away from that location at the time of the crash, which would suggest another destination.

Trying to establish Diana’s medical condition in the immediate aftermath of the collision is also problematic. For example, one doctor on the scene reported her pulse was “fine and quite strong”, whilst another insisted it was “weak and rapid”.

Some first responders reported the Princess was unable to talk, while others claimed she had spoken after being removed from the car, but then gave differing accounts of her final words.

In the days that followed, an official narrative driven by the French authorities was quickly established and at the heart of it lies one crucial accusation: that the driver, Henri Paul, was a long-time alcoholic who was about three times over the legal driving limit when he got behind the wheel.

This claim, that he had consumed a huge amount of alcohol shortly before driving the most famous woman in the world across Paris – which in itself feels suspect – hinges on one piece of evidence. The analysis of Paul’s blood indicates he was, to put it in layman’s terms, drunk.

Now, that would be convincing, if it weren’t for the facts as detailed in the report generated by Operation Paget, the Metropolitan’s Police’s investigation into the crash and its aftermath.

That report noted that experts studied the French blood-testing process and branded it “chaotic”. One official investigator, British forensic pathologist Professor Peter Vanezis, implied the blood which tested positive for alcohol might not even have been Henri Paul’s.

Such findings hardly inspire confidence and lead to the conclusion that it’s possible Henri Paul was sober.

As for him being a long-term alcoholic, his post-mortem mentioned no damage to his liver, a point that medical commentators found bizarre. 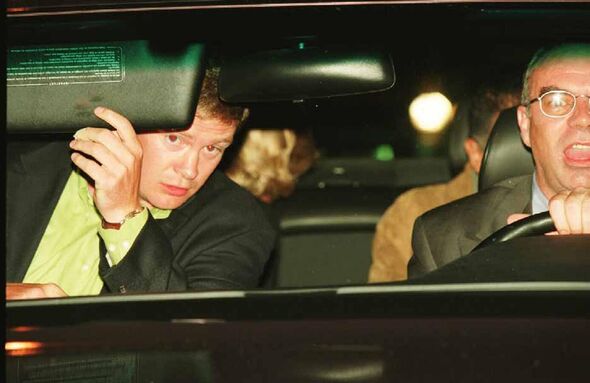 It’s also worth noting that just a few days before the crash, Paul had undertaken a medical assessment, conducted by the French Civil Aviation Authority, as part of routine checks to determine whether he could retain his pilot’s licence.

He passed the test, with the examination showing he was in good health. The doctor conducting the assessment confirmed there were no indications of alcohol abuse.

But the claims of Henri Paul’s socalled heavy drinking were about to get stranger? When his home was initially searched by French police, his parents were present and very little alcohol was found. One bottle of Champagne and enough spirits for a couple of cocktails.

Nothing to suggest Paul had a drinking problem. But a second check on his property was conducted without anyone else present, and this time the French authorities announced they had found enough wine and spirits to stock a small off-licence.

Lieutenant Marc Monot, one of the police officers involved in the initial search, admitted “it might be surprising that we had missed such a quantity of alcohol”, which is one way of putting it. And of course, all requests for an independent analysis of Paul’s blood were turned down.

So it’s fair to say that questions remain about how Henri Paul was painted as the man responsible for Diana’s death. And then there is the well-worn  belief that the crash occurred because Henri Paul was trying to shake off the pursuing paparazzi.

Really? Having driven “normally” across the French capital, he decides to evade pursuers? in a tunnel?

Surely that’s the one place it’s impossible to give followers the slip? You go into one end of a tunnel and come out of the other. 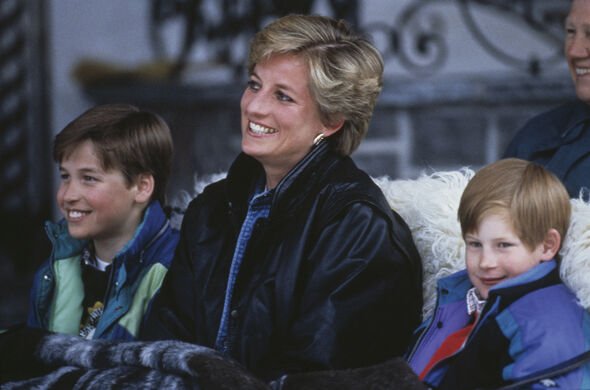 These are not the only inconsistencies and questions fuelling the inevitable conspiracy theories that proliferate around the death of Diana.

Usually, these theories suggest the crash wasn’t simply “an accident in Paris” and whilst many point the finger at who might have been responsible, very few give credible reasons for why.

The only person who seemed bothered by that romance was Khan himself, who ended it because – it’s understood – he couldn’t bear the intense scrutiny that came with being so close to the Princess.

It’s also been claimed that Dodi had bought Diana an engagement ring and the couple were to be married, which is why the courtship had to be stopped at any cost. Again, this feels unlikely, and not simply for the reasons mentioned above.

A friend of the Princess stated she’d been adamant that any ring would be for her “right hand”. Let’s not forget that when Diana joined Dodi in France for their holiday, he was engaged to American model, Kelly Fisher.

As they vacationed on the Riviera, Kelly was staying on one of the Fayeds’ yachts whilst Diana was on another. Dodi broke off the relationship with his fiancée by phone, the day before his romance with Diana hit the headlines.

It’s entirely possible he loved the Princess, but as he’d ended his last engagement in the middle of the month it’s unlikely he was about to propose a new one at the end of it.

Looking at the broader picture, it feels legitimate to ask why the official investigations only began many years after Diana’s passing. Operation Paget, for example, was initiated in 2004.

Weirder still, under English law, an inquest is required in cases of sudden or unexplained death, yet the inquests into the deaths of Diana and Dodi Fayed didn’t begin until 2007, almost a decade after the crash.

A switch Operation Paget, the blame was placed on the shoulders of Henri Paul, although the jury found that the paparazzi pursuing the Mercedes were also culpable. This apparently runs contrary to French investigations.

Although nine of the photographers that had been tailing Diana were initially charged with manslaughter, the charges were dropped in 2002.

In itself, that might be considered an understandable inconsistency.

But it is one of many such anomalies that cluster around the official version of what happened on the morning of August 31, 1997.

All these questions and more besides, were the starting point for my thriller, An Accident In Paris. It’s set in 2022 and follows the investigations of a private detective who’s hired to find the truth about the crash in the Pont de l’Alma tunnel.

I’ve already faced a backlash by people (who haven’t read the book) telling me I should have steered clear of the whole topic.

But whether you agree with the ultimate findings of my fictional detective or not, I hope my book convinces people that some kind of official re-investigation into the tragedy is in order.

Surely Dodi Fayed deserves it. Surely Henri Paul deserves it. And of course, surely Diana deserves it. She was a young woman rebuilding her life, who had a right to see her two boys become men.

Diana once promised: “I will fight till the end”. Now, 25 years after her passing, it’s surely time for someone to take up that fight for her, to deliver closure, justice and answers to the many questions that still surround her death.