Greta Thunberg was forcibly removed by police as she protested against the expansion of a coal mine.

Bizarre footage from the same demonstration also shows a ‘Mud Wizard’ pushing an officer to the ground amid chaotic clashes in Lutzerath, western Germany.

He can also be seen tapping one officer on the shoulder, and trying to stick a sign in the mud in an apparent mockery of the muddy and sticky situation.

When she visited on Friday Greta said Germany was ’embarrassing itself’ by expanding the mine, DW News reports.

‘I think it’s absolutely absurd that this is happening in the year 2023,’ she said.

‘The most effective people are clear, the science is clear, we need to keep the carbon in the ground.

‘When government and corporations are acting like this, are actively destroying the environment, putting countless numbers of people at risk, the people step up. 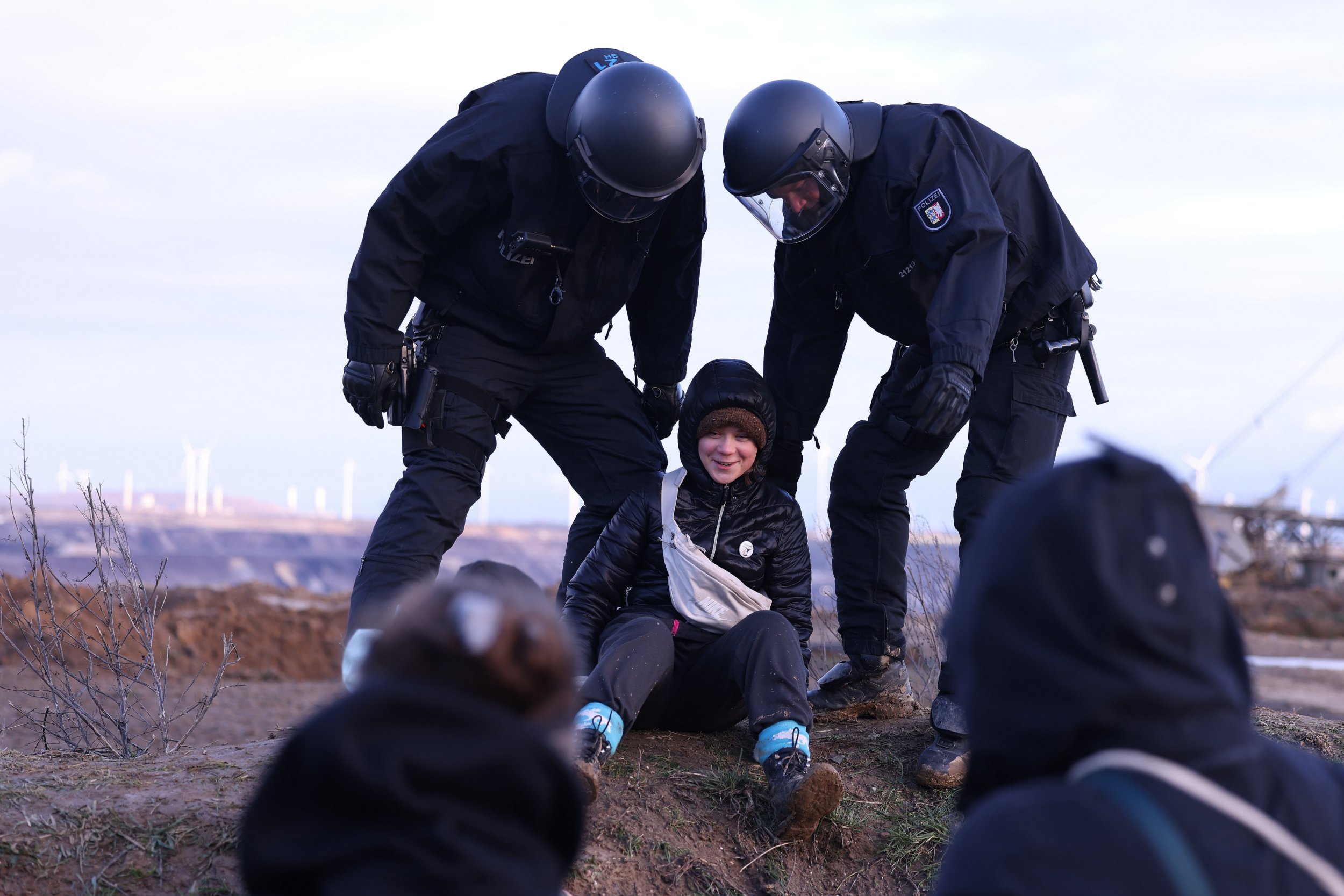 ‘This is only a part of a global climate movement and we stand together in solidarity.’

Despite protests from environmentalists, the village is making way for the expansion of the mine.

There have been multiple demonstrations near the site in recent days, with police seen clashing with protesters.

But police were given the green light to remove them, sparking a confrontation.

Protesters have accused police officers of ‘pure violence,’ but authorities claim at least 70 of their officers have been injured.

Up to 154 potential offences are being investigated, while nine protesters were taken to hospital, although none have been seriously hurt.

This has been disputed by the protesters who say several have been critically injured.

Footage on social media over the last few days shows police dressed in riot gear getting stuck in the mud while protesters throw dirt at them.

Residents in the village left some time ago after being ordered to leave by the German courts.

The German government had announced plans to phase out coal by 2030, the Sun reports, but has since changed tack following Russia’s invasion of Ukraine.

Will the UK introduce a four-day working week? Trials have begun