Home » Europe » ‘It’s OVER!’ Prince Harry told no way back into Royal Family fold after snub

Earlier this year, Harry and his wife Meghan Markle said they were stepping down as senior members of the Royal Family. They are currently living in a quiet suburb in Los Angeles with their young son Archie Harrison. The rest of the Royal Family continued to remember the fallen troops on Remembrance Sunday, but Harry suffered a humiliating snub – even though he served more than a decade in the military.

Harry is believed to be “deeply saddened” after his request to lay a wreath at the Cenotaph on his behalf was denied by courtiers due to him no longer being a working member of the Royal Family.

Instead, Harry and Meghan were photographed laying wreaths in Los Angeles, but this triggered online criticism, with people accusing the Duke and Duchess of “staging” the pictures.

Despite stepping down as a senior member of the Royal Family, his grandmother the Queen – who is believed to be unaware of the request from Harry – has continued to keep the door open for his return to frontline duties.

But Express.co.uk readers have overwhelmingly said there is now no way back for Harry into the Royal Family fold following this latest snub. 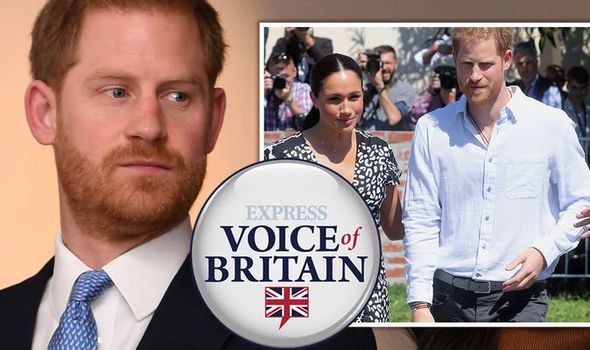 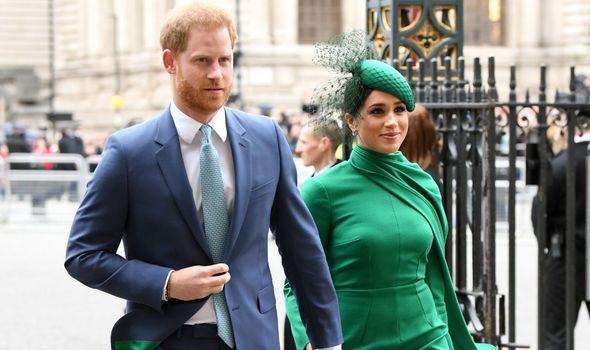 The poll, which ran from 8.30am until 9pm on Monday November 9, asked: “Is there any way back for Prince Harry after Royal snub?”

Just seven percent (457 readers) said there is still hope for him, while the remaining two percent (171 readers) were undecided.

Express.co.uk readers lashed out at Harry, with one raging: “It’s over. Done. 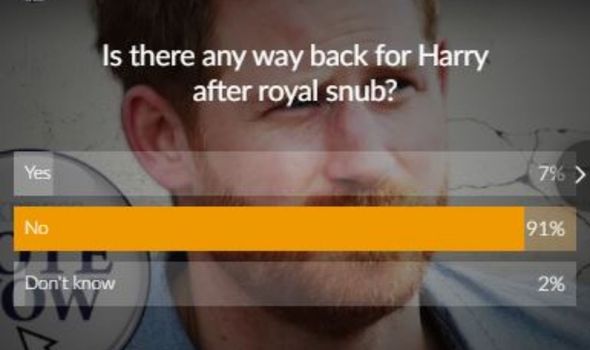 “He wanted a quiet life, away from the media glare. He’s got it.

“Renounce your royal titles, Harry, and live quietly as Harry Windsor in a suburb of LA.”

A second furious reader commented: “Any ‘snub’ that has been exercised has been by Harry when he chose to leave our country and went on to insult its population with his comments.”

Another reader launched a stinging attack on both Harry and Meghan, accusing them of turning “an act of remembrance into a photo opportunity”. 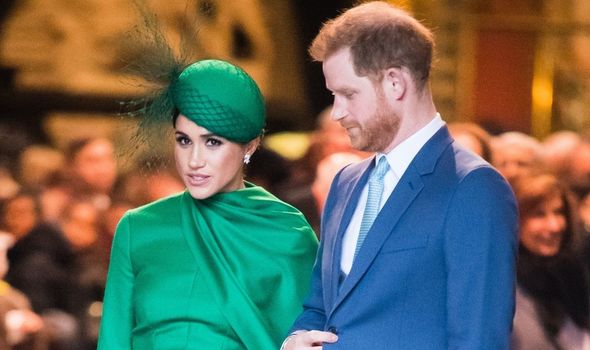 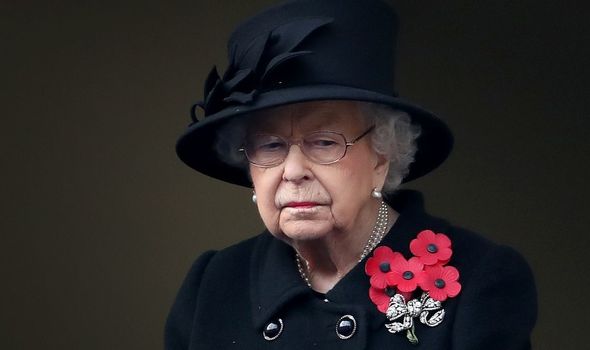 They said: “For somebody demanding privacy and classing this as a ‘private’ act, they sure do like to make sure they have photographs released.”

A fourth reader wrote: “Why didn’t he arrange to go to the British embassy’s commemoration service – definitely without her – he would have earned himself a lot more brownie points if he’d done that and not made a spectacle of themselves by arranging photographers and press to be at that pathetic ‘ceremony’ they cooked up between them.”

The Queen led the nation in marking Remembrance Sunday, with the 94-year-old monarch joined by other members of the Royal Family at the Cenotaph in London.

Harry told the Declassified podcast: “The act of remembering, of remembrance, is a profound act of honour.

“It’s how we preserve the legacies of entire generations and show our gratitude for the sacrifices they made in order for us to be able to live the lives we live today.

“Like the first time we were shot at and who I was with, the casualties we saw, and those we saved.

“And the first medevac we escorted out of contact in a race against time. Once served always serving, no matter what.

“Being able to wear my uniform, being able to stand up in service of one’s country, these are amongst the greatest honours there are in life.

“To me, the uniform is a symbol of something much bigger, it’s symbolic of our commitment to protecting our country, as well as protecting our values.

“These values are put in action through service, and service is what happens in the quiet and in the chaos.”