A killer plant from New Zealand is putting some of the UK’s most precious rivers and lakes at risk, scientists are warning.

The New Zealand pigmyweed has already wiped out several native plant species in the Lake District and there are fears that the area’s most pristine lakes are next.

“The pigmyweed has found a habitat with no natural predators and no natural forms of control,” Jo McCurrie from the West Cumbria Rivers Trust told Sky News. Pigmyweed was first sold in the UK as an ornamental plant for domestic ponds.

But the government banned its sale after the weed spread into rivers and lakes, causing irreversible damage.

“We want to keep these lakes pristine for our children’s children and visitors,” said clean water campaigner Sara Burrows. “They are the reason people come here because they are so beautiful.”

The Lake District’s Lake Buttermere is one of just three lakes in the area that retains a “pristine” water quality label. 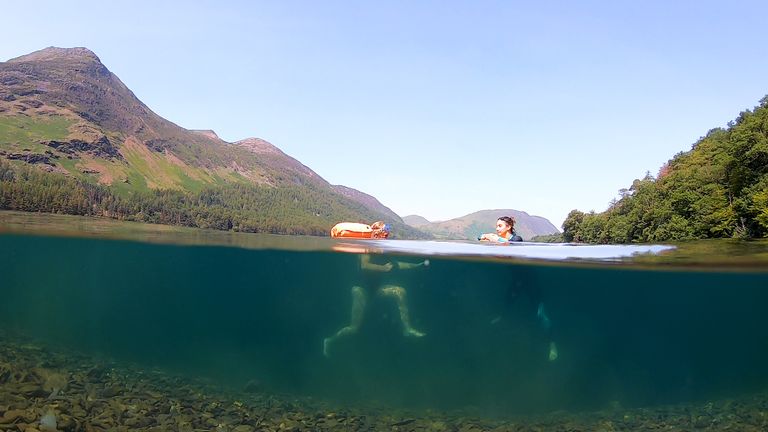 “The lakes here are a bit like a time capsule left over from after the last Ice Age,” said Thomas Burditt from the National Trust’s Northern Lakes team. “You’ve almost got a fresh water equivalent of a coral reef under there.”

He added: “The problem is, as soon as this weed hits, it chokes out all other life and it’s very difficult to get rid of.”

With high visitor numbers expected in the Lake District as COVID-19 lockdowns are eased, the National Trust is asking people to take extra care when moving between lakes.

Questions raised over timing of decision to ease lockdown restrictions