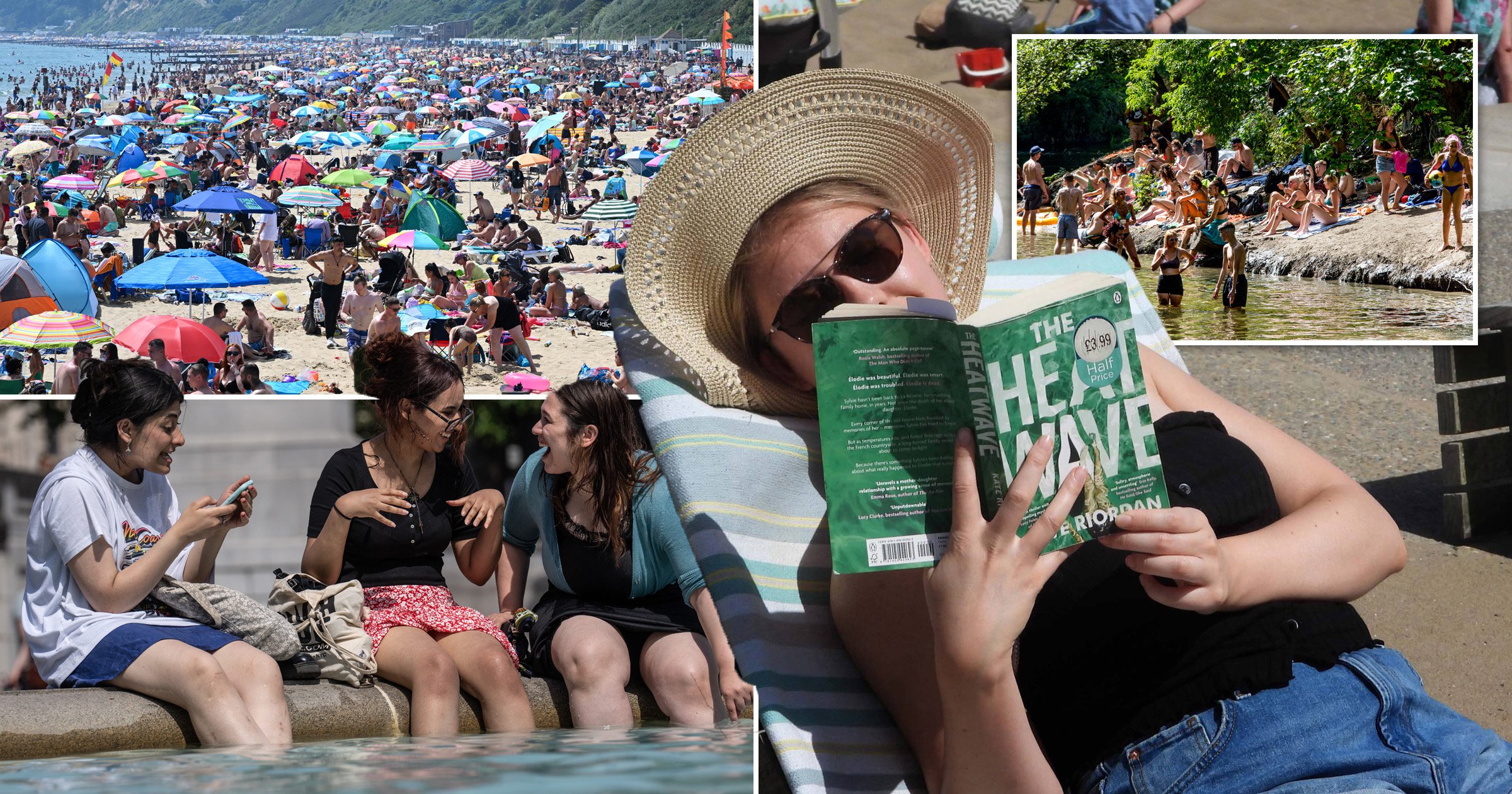 The UK recorded its hottest day of the year for the third day in a row on Friday as temperatures soared to 32.7C.

The Met Office said Santon Downham in Norfolk recorded the highest temperature, followed by London’s Heathrow Airport and Kew Gardens which both basked in 32.4C heat.

They surpassed Thursday’s high of 29.5C, recorded in Northolt, west London, and the 28.2C recorded at Kew on Wednesday.

Annie Shuttleworth, forecaster at the Met Office, said Royal Ascot just missed out on its hottest day ever, with Friday’s high of 32.7C falling marginally short of the 32.8C seen in 2017.

Thanks to the high temperatures, men in all enclosures at Ascot were allowed to remove their jackets and ties once the traditional royal carriage procession had ended.

Although some in Wales are also enjoying sweltering heat as Cardiff recorded 28.4C (83F), in Northern Ireland the warmest temperature recorded was 17.5C (63F) in Glennane, Co Amargh.

As the mercury soared in England, health alerts were issued for parts of the country, and Network Rail warned services could be disrupted.

The UK Health Security Agency issued a Level 3 heat-health alert for London, the East of England and the South East in order to protect health services, which remains in place.

Network Rail warned services may experience delays and disruption on Friday because of the heat, which can cause overhead wires to sag and the steel rails to buckle, and advises people check before they travel.

‘We can’t change the weather, but it can change your plans,’ Network Rail said on its website.

Temperatures are predicted to fall by 15c over the weekend.

Ms Shuttleworth said: ‘The weekend is expected to have much cooler temperatures, with parts of the Midlands and central areas of the UK having the most significant changes.

‘They’ll be closer to 16C or 17C tomorrow, so that’s 15 degrees cooler. Across parts of the Midlands there’ll be some relatively persistent rain and we’re also expecting that across parts of Wales and the southern areas tomorrow afternoon.

‘The far south coast should hold on to the hot weather, so could see highs of 30C tomorrow close to Portsmouth.

‘For Northern Ireland and Scotland, it’s actually going to be a brighter day than it has been today, relatively warm still.

‘The sun is quite strong at this time of year, but it won’t be feeling as Mediterranean as it has been today for most of us but in the sunshine we do see over the weekend, we’ll still be feeling relatively warm.’

The highest recorded June temperature in the UK was 35.6C (95F) at Southampton Mayflower Park in June 1976, and forecasters do not expect the record to be surpassed this week.