Sky and Channel 4 offered more than ITV’s £900,000, but Viacom CBS – the US company that made the programme – chose ITV, thinking it would attract the biggest audience. A source close to the negotiations said: “A key aim is for it to do well in the UK.”

However, the interview has been described as “in poor taste”, “deplorable” and of “horrendous timing”, as it will likely be broadcast when Philip, 99, lies in hospital undergoing treatment for an infection and tests on a heart condition.

He has spent 15 nights in hospital, the last two of them at a specialist heart hospital, St Bartholomew’s in London.

Sources told the Daily Express that ITV would not broadcast the show, due to air in the US on Sunday evening, if Philip’s condition deteriorated.

One insider said: “I don’t imagine CBS will care but ITV won’t be able to broadcast it.” 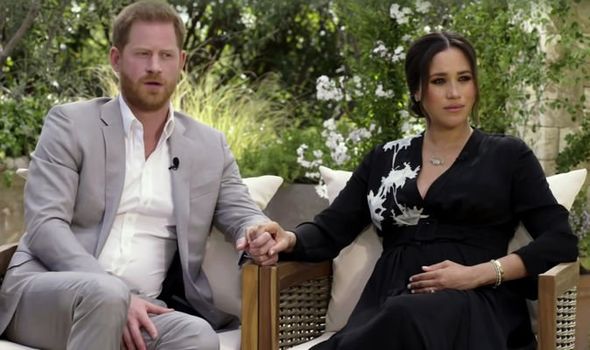 There is no subject that is off-limits

Public relations expert Mark Borkowski warned that Harry and Meghan are at risk of causing serious damage to their reputations.

He said: “The timing is just horrendous…it’s very uncomfortable as you edge towards Sunday.”

It is understood Harry and Meghan have no say on when the show will be shown.

The US media company that commissioned the programme from Oprah’s company Harpo Productions stands to make £3million from international sales. 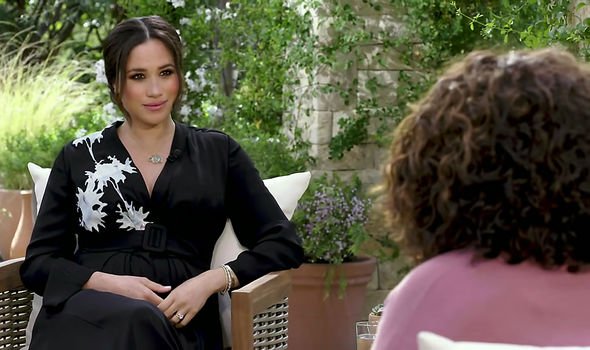 The show is being plugged as a tell-all interview during which Meghan and Harry discuss race, mental health and media intrusion.

In a trailer, Oprah says: “There is no subject that is off-limits.”

The interview kicks off with pregnant Meghan, 39, talking about stepping into the royal family.

She is joined by Harry, 36, who says: “I’m just relieved to be sitting here with my wife by my side.”

Referring to his mother, he adds: “I can’t begin to imagine what it must have been like for her, going through this process by herself…It has been unbelievably tough for the two of us, but at least we had each other.”

Meanwhile, the Queen continued to work at Windsor Castle yesterday with a phone call to the Army’s head, General Sir Mark Carleton-Smith.

Coronavirus: How the pandemic is rewriting the rules for those looking for work