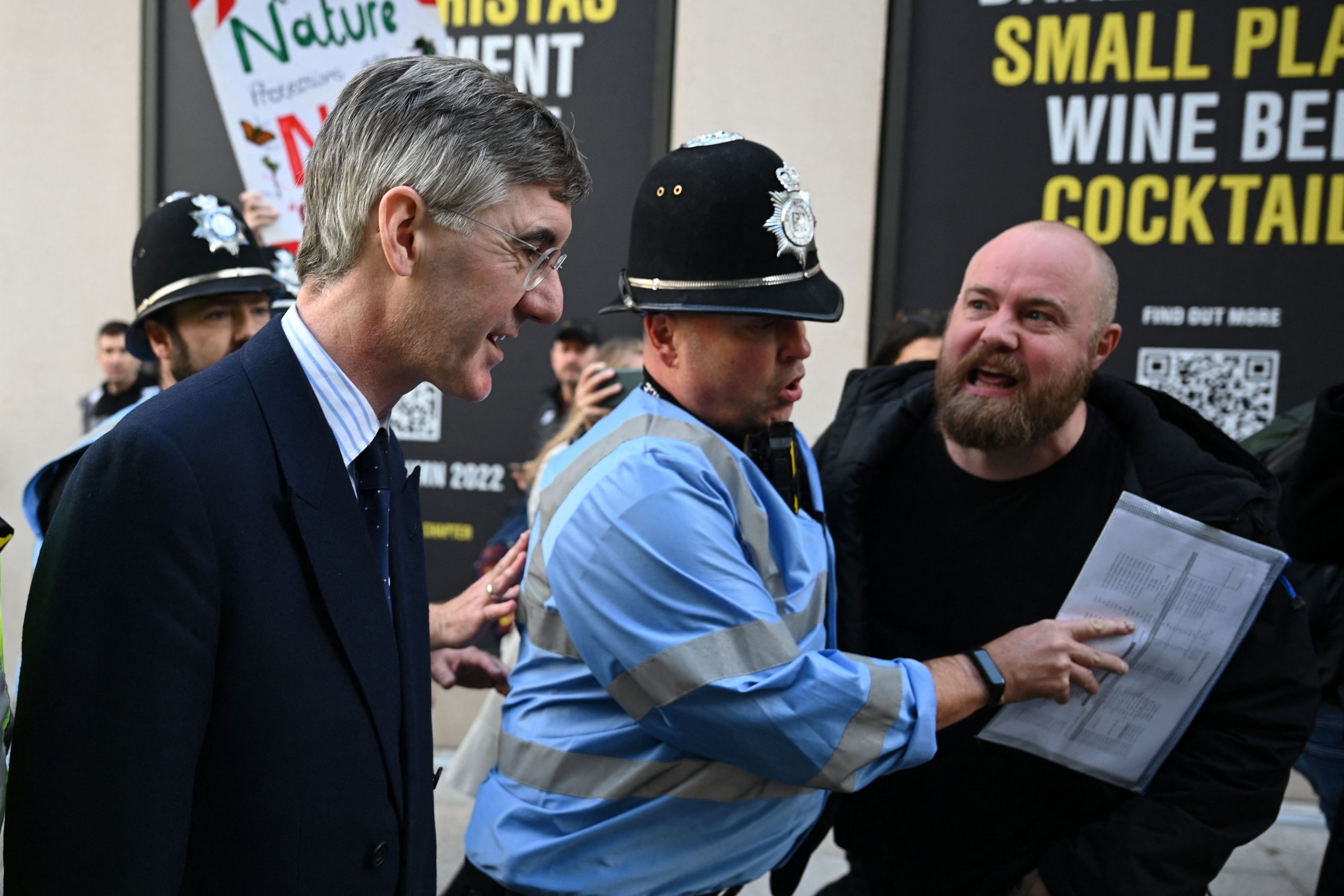 Jacob Rees-Mogg has been chased and heckled by protesters in Birmingham.

The city is playing host to this week’s Conservative Party Conference, which is taking place amid the scandal left by the party’s controversial mini-budget.

Mr Rees-Mogg faced a hostile reception as he crossed Victoria Square in the city centre, where hundreds of demonstrators had gathered to vent their anger at the Government.

Escorted by several police officers, the Business Secretary was pursued by a loudly booing and jeering crowd, some of whom shouted ‘Tory scum’, as he headed towards his party’s annual gathering at the nearby International Convention Centre.

Mr Rees-Mogg played down the protests as a ‘fact of democracy’.

Speaking to Sky News while being led through the crowd by police, he said: ‘There have been protests at Tory conferences since time immemorial, it’s nothing new.

‘It’s a fact of democracy.

‘And the right to peaceful expression of your view is fundamental to our constitution.’

‘Trickle-down economics doesn’t work. We get nothing – nothing for the working people.

As speakers took to the stage, demonstrators chanted ‘Tories are not welcome here’ and ‘Tory scum out of Brum’.

Organised by the People’s Assembly campaign group, it was part of a wave of protests sweeping the country amid rising energy costs and falling living standards.

The crowd later set off to march through central Birmingham.

UK breaks into 40°C temperatures for the first time ever