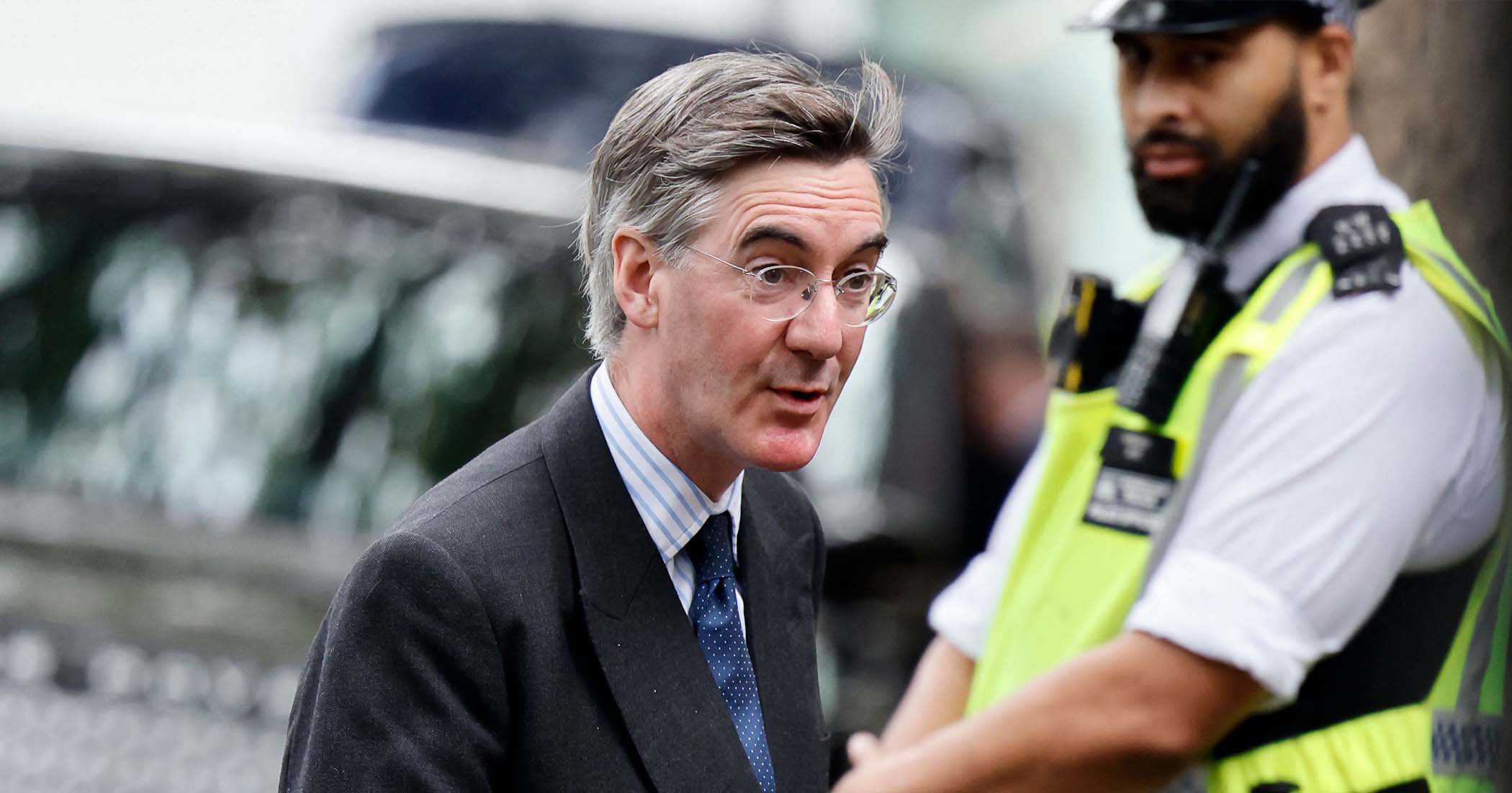 Labour has called for Jacob Rees-Mogg to resign as leader of the Commons, following this week’s Conservative sleaze scandal.

His opposition counterpart Thangam Debbonaire slammed the Government, including Mr Rees-Mogg, for ‘conflating’ the Owen Paterson case with attempts to overhaul the standards watchdog, saying: ‘This is Tory sleaze, pure and simple.’

Pressed on whether he should resign at leader of the House of Commons, Ms Debbonaire told Sky News’ Trevor Phillips on Sunday show: ‘If I was him, I’d be considering my position, that’s what I think he should do today.’

Asked again if Mr Rees-Mogg should go, she added: ‘I think his position is untenable… yes.’

Labour also insisted that moves to block Mr Paterson from getting a peerage should be blocked.

It comes as a fellow cabinet minister said Mr Rees-Mogg was likely behind the decision to whip Tory MPs to back Mr Paterson, despite a watchdog finding him guilty and suspending him,

Environment secretary George Eustice indicated the move was likely agreed upon by the Prime Minister, along with the Leader of the Commons and the Chief Whip, Mark Spencer – who has also faced calls to go.

The Environment Secretary told the BBC’s Andrew Marr Show: ‘I wasn’t involved in the decisions in No 10 on this.

‘The truth is, I suspect, that on an issue as important as this there would have been a discussion between Jacob Rees-Mogg, the Leader of the House, and also the Chief Whip and the Prime Minister and other advisers.

‘That’s how these sorts of decisions are made.’

But he also branded the row a ‘Westminster storm in a teacup’, despite plummeting poll ratings.

It comes as Labour called for the panel which considers nominations for the House of Lords to reject any move for Mr Paterson to receive a peerage.

The former Cabinet minister quit while facing the prospect of a 30-day suspension for ‘egregious’ breaches of lobbying rules, following a screeching Government U-turn.

Amid speculation that Mr Paterson could be nominated for a seat in the Upper Chamber, Labour leader Sir Keir Starmer wrote to the chairman of the House of Lords Appointments Commission to say that ‘such an action would undermine confidence in the probity of Parliament’.

Downing Street has not ruled out the possibility that Mr Paterson could be handed a peerage in the wake of his resignation, but stressed there was a ‘formal process’ that applies.

In a letter to Lord Bew, Sir Keir said: ‘Since the resignation of Owen Paterson MP, speculation has mounted that the Prime Minister is planning to nominate him for a peerage.

‘It is my opinion – and the opinion of the Labour Party – that such an action would undermine confidence in the probity of Parliament.’

Mr Paterson has maintained his innocence despite the damning findings of the Commons Standards Committee following an investigation by the independent Parliamentary Commissioner for Standards.

Sir Keir added: ‘Does the commission agree that anyone found to have egregiously breached standards leading to a suspension from Parliament would be an inappropriate nominee for a peerage?

‘Putting this on the record would send a firm message about the importance of maintaining trust in the integrity and standards of our Parliament.’

Tory former prime minister Sir John Major said it would be ‘rather extraordinary’ if Mr Paterson was nominated for a seat in the Lords.

Former Conservative cabinet minister David Mellor, asked about the standards row, said: ‘Tragically, this Government is a shambles, and that’s only on good days.

‘I think it’s astonishing the Prime Minister has allowed himself to get into this muddle over Owen Paterson.’

Mr Mellor added to Trevor Phillips on Sunday on Sky News: ‘The Prime Minister has many great strengths but he doesn’t seem to respect the rules – and he himself gets himself into trouble with these rules, and the fact he doesn’t believe in rules will count against him in the long run.’