Richard Whyley was finally caught when a 16-year-old girl heard his GoPro device click as she shopped with her 10-year-old female cousin. He had secretly taken a picture up her clothing. Dad-of-two Whyley was found to have 6,436 photos of the private parts and underwear of 250 women. The university worker also filmed women undressing at home and a couple having sex.

He admitted voyeurism but was given a community sentence – which campaigners claimed would encourage other predators.

Lisa Longstaff, of Women Against Rape, said: “This man violated women and girls by taking 6,400 intrusive and intimate images, and it was premeditated, yet he is spared jail – it’s a green light to him and other men.

“This is another shocking case where the criminal justice system assisted men to sexually abuse [women] with impunity.”

Judge Martin Jackson told Whyley, 32: “It is concerning that your offending is of such an extent. There was a significant degree of planning, in particular the use of the GoPro camera and adaptation of footwear.”

Whyley, of Stourbridge, Worcs, admitted two charges of recording an image under clothing and operating equipment without consent. 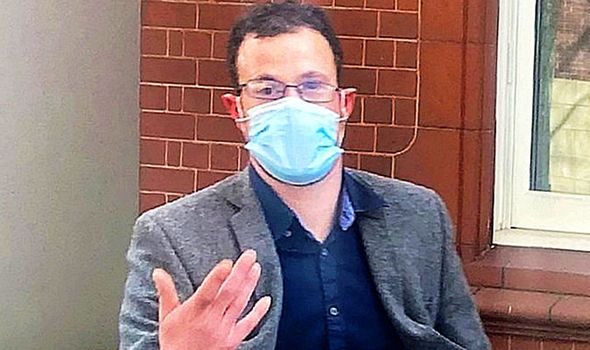 He was given a three-year community order, told to pay £750 compensation to the 16-year-old, made the subject of a five-year sexual harm prevention order and ordered to sign the Sex Offenders Register for five years.

The engineer is also subject to an electronic curfew tag from 9pm to 6am for four months and must do 40 days of rehabilitation plus join an offenders programme.

His 16-year-old victim had earlier read out an impact statement at Worcester Crown Court. She said: “I had only just turned 16 and had gone shopping that day.Since then, I have felt incapable of taking [her cousin] out again and haven’t felt I could protect her.

“I have become so conscious of what I wear when I’m out…and am constantly looking over my shoulder to keep myself a safe distance from other people.

“I’m going to have to live with this for the rest of my life.”

CCTV traced Whyley to a building owned by the city’s university. A search of his company vehicle revealed two pairs of shoes with holes cut in the toes.

Royal rift: Princess Diana had a ‘stronger connection’ with Harry than Prince William