Home » Europe » James Bond premiere: Tickets for Troops get 80 seats for 007 film in thank you to military 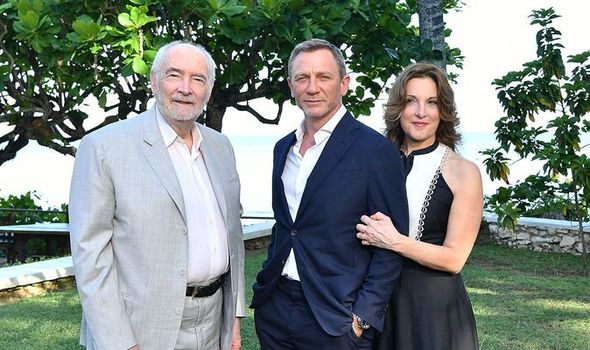 In a rare joint engagement, The Prince of Wales, The Duchess of Cornwall, The Duke of Cambridge and The Duchess of Cambridge will step out on to the red carpet at the glittering event next week. The premiere, which has been delayed by 18 months because of Covid, is to be held at London’s Royal Albert Hall on Tuesday, September 28.

The Army, The Royal Navy and the RAF are well-deserving of the ticket pairs as they had a part to play in the making of the latest Bond blockbuster, providing use of military assets including a RAP C-17 aircraft and the Royal Navy’s destroyer HMS Dragon.

It was announced on Thursday that actor Daniel Craig, 53, has been made an honorary commander in the Royal Navy to match his tank as 007 in the Bond films.

Tickets For Troops operations director, Evie Blades said: “Tickets for the Bond Premiere are like gold dust and we are thrilled that members of our Armed Forces will be amongst the first people in the world to see the film.

“We are very grateful to Barbara Broccoli and the EON production team for their fantastic support for our troops with this very generous gesture.”

How is Princess Eugenie’s baby related to the Queen, Kate Middleton and Meghan Markle?

Meghan Markle was ‘adamant’ American designer be represented at wedding