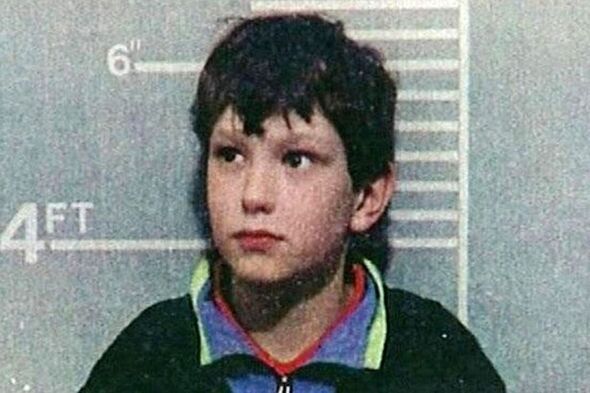 Jon Venables, one of James Bulger’s murderers may never be “walk free again” under new rules, his mother has said. Denis Furgus revealed that Justice Secretary Dominic Raab said the killer would remain in jail under his proposed “two strikes and you stay in” policy. Venables has reoffended twice since the brutal killing of two-year-old James in 1993. Ms Furgus said the new bill would be “historic”.

Nearly 30 years after her son’s death Ms Furgus spoke to Professor Paul Britton, who was on the case

Ms Furgus said she “finally felt strong enough” to hear the details behind her son’s murder.

Venables and Robert Thompson were both aged ten when they attacked James Bulger in Bootle, Merseyside in February 1993.

They were both released on licence after serving eight years in a secure children’s unite and handed lifetime anonymity in 2001.

But Venables has since returned to prison twice after being found in possession of child abuse images.

Professor Briton told Ms Fergus he does not believe the attack was sexually motivated but he “quickly defined them as murderers”.

Ms Fergus said: “Just hearing that fact alone, I felt something fundamental shift in me.

“That has been such a block over the years. The excuse that they were ‘only children’ themselves who didn’t deserve the adult labels of ‘murderers’ has always been hard for me to bear.”

She added that is was “great peace of mind” to know the attack was no “sexually driven”.

Speaking on the new legislation proposed by Mr Raab, Ms Fergus said it has made the last 30 years “of pushing for James worth it”.

She continued: “Mr Raab has told me straightforwardly that under his new legislation it would basically be a case of ‘two strikes and you stay in prison’ .

“That would apply to the three most serious types of criminals –paedophiles, child killers and terrorists. There would not be endless chances at rehabilitating anyone who had committed this type of crime.

“And that meant, under Raab’s planned new law, Venables would never see the light of day.

“I feel hopeful for the first time in 30 years that this could become law and we’d have justice for James and for future potential victims.

“It would be historic.”

Ms Fergus said this Christmas was the first she hasn’t has to worry about the possibility of Venables “coming out and wandering round a free man”.

“I feel that after a rollercoaster 30 years, this year could be our best yet thanks to promises we have been made,” she added.