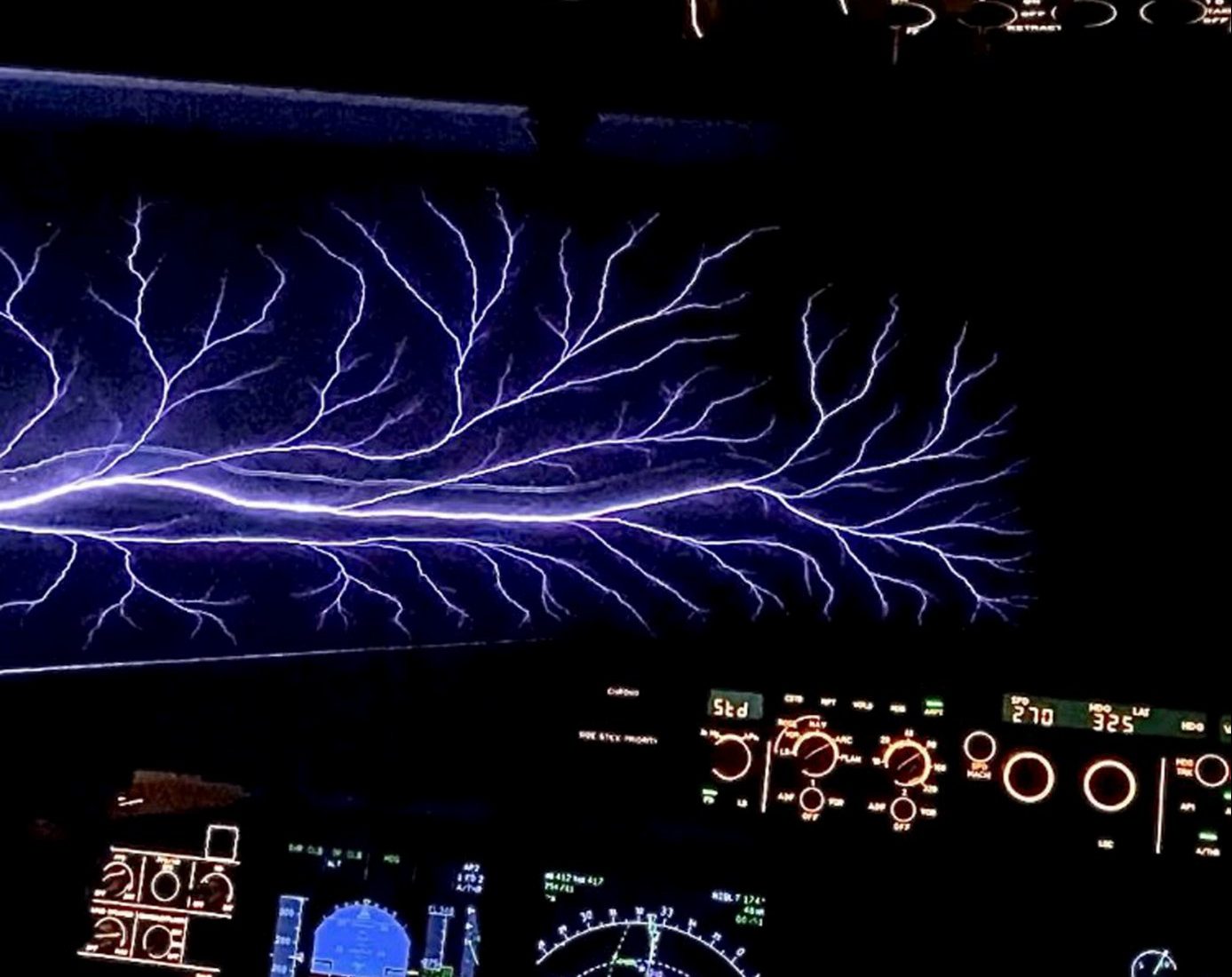 A pilot has captured the jaw-dropping spectacle of St. Elmo’s Fire from his cockpit.

Airbus captain Luis Andress was flying from Miami to Denver last month when he encountered the scene.

It came as Hurricane Ian made its destructive path across Florida, causing over $50 billion of damage.

St. Elmo’s Fire occurs when the atmosphere becomes charged and an electrical discharge of plasma is created between an object and the air around it.

This can happen to aircraft flying through heavily charged skies.

Luis explains: ‘I live in Florida, and was doing the MIA-DEN on the same day the Hurricane Ian was passing by.

‘It was a spectacle to see the phenomenon of St. Elmo’s Fire. It was such a show.

‘I was impressed because it was my first time that I see them with that intensity.’

Hurricane Ian was a large and destructive Category 4 Atlantic hurricane that was the deadliest hurricane to strike the state of Florida since the 1935 Labor Day hurricane.

Ian caused widespread damage across western Cuba and the southeast United States, especially the states of Florida and South Carolina.

St. Elmo’s fire is named after St. Erasmus of Formia, also known as St. Elmo, the patron saint of sailors.

The phenomenon, which can warn of an imminent lightning strike, was regarded by sailors with awe and sometimes considered to be a good omen.