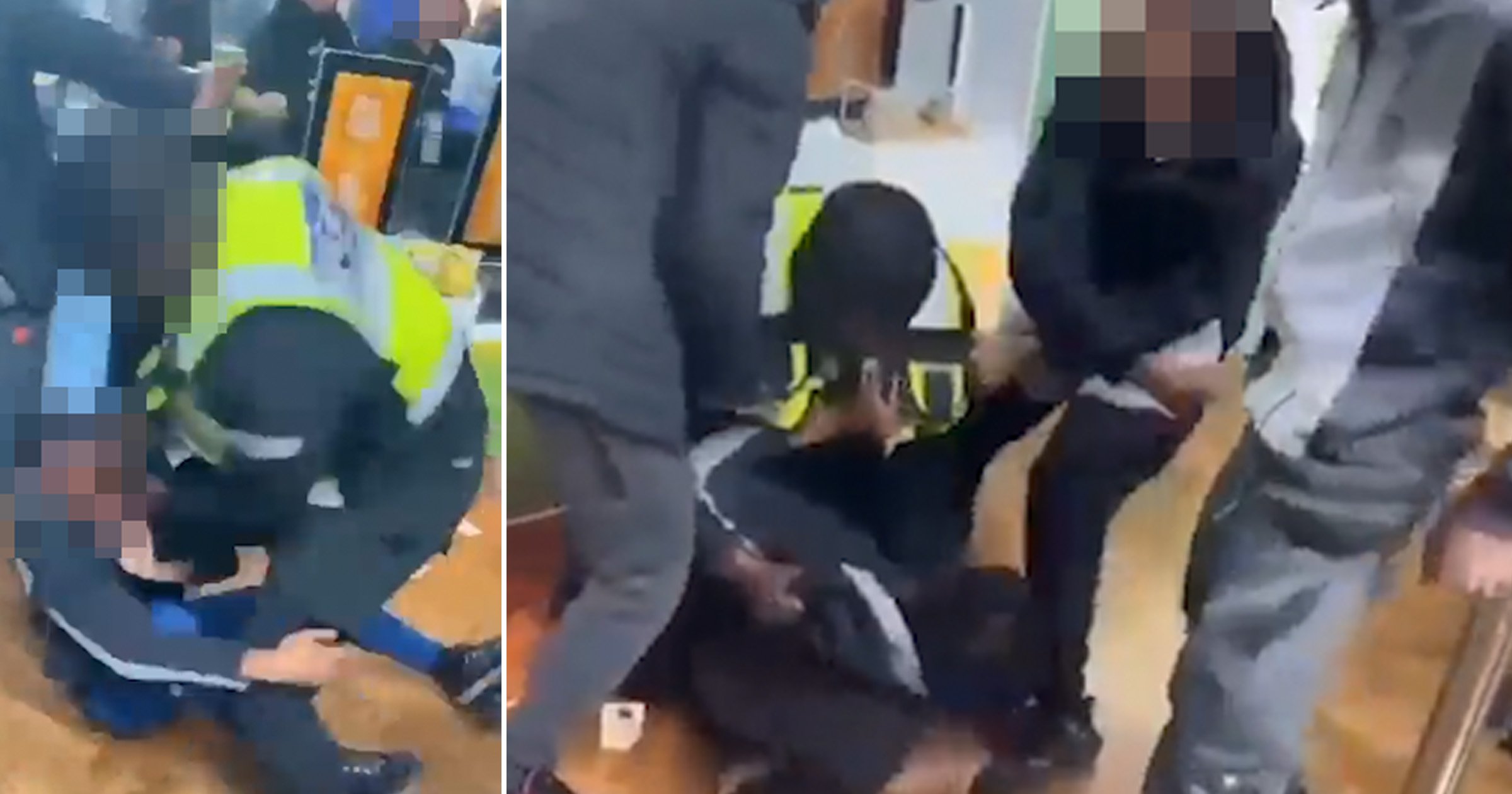 A JD security guard appeared to punch and headbutt alleged shoplifters in Westfield Stratford in an alarming video.

The Snapchat clip captured the moment the scuffle between the guard and five men spilled outside the sportswear shop and left shoppers stunned.

The east London shopping centre bosses said a ‘shoplifting incident’ sparked the brawl, with footage appearing to show the guard pinning down one youth.

Another person dealt punches at the guard before kicking his back.

But the guard fought back by seemingly punching him to the floor and headbutting a second young person who tried to grab him.

The video, which does not specify when the incident took place, ended when a bystander intervened and convinced the guard to let him go.

Alyson Hodkinson, general manager at Westfield Stratford City, told The Sun: ‘Unfortunately after an alleged attempted shoplifting incident inside JD Sports an altercation between a number of youths and the JD Sports security officer spilled out onto the mall.

‘As soon as Westfield security officers were made aware they attended the scene to dissolve the situation.

‘The safety of our customers, retailers and employees is of utmost importance to us and our officers are skilled to deal with difficult situations, regularly undertaking training to maintain safety within our malls at all times.’

In a statement, a JD spokesperson said: ‘Following alleged attempted shoplifting, we are looking into an incident between five males and a security employee of a third-party contractor for JD Group at Westfield Stratford.’

The retailer said it does not ‘condone violence of any kinda’ and stressed ‘it should never be part of anyone’s job to endure violence or abuse.’