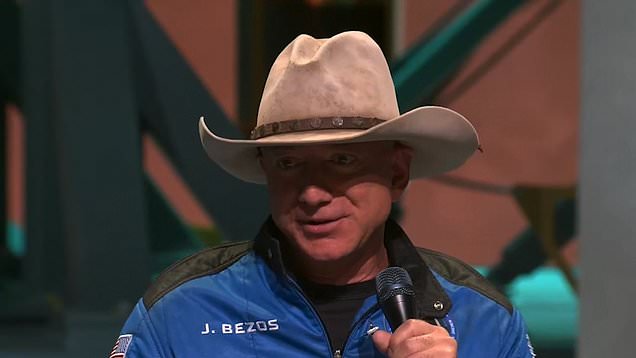 Jeff Bezos, the world’s richest man, has thanked Amazon customers for paying for his jaunt into space.

The billionaire flew 350,000ft above the Earth today on a rocket launched by his company, Blue Origin.

After describing it as the ‘best day ever’, Mr Bezos – who is estimated to be worth $140 billion – thanked the people who made his dream come true: you.

Founded in 2000 in Kent, Washington, near Amazon’s Seattle headquarters, Blue Origin is vying to become a big player in the nascent commercial space travel market.

The shrewd businessman knows that some super-rich adrenaline junkies will be willing to pay millions for a seat on board.

It’s already quite the money spinner: an auction for a ticket aboard the first flight raked in $28 million – but the lucky would-be astronaut opted for a later trip instead. 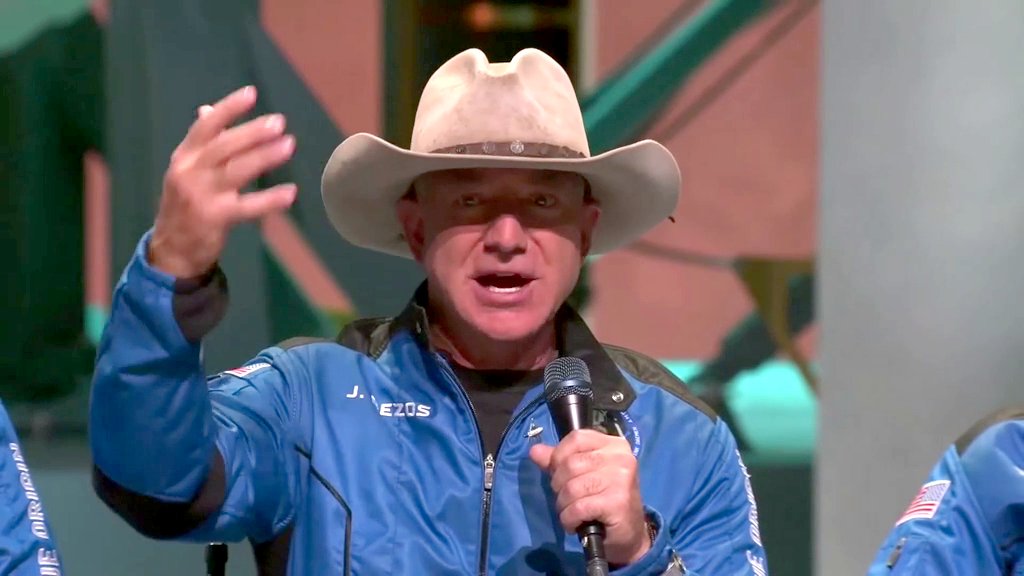 Mr Bezos, 57, who also owns The Washington Post, was joined on the flight by 50-year-old brother, Mark Bezos, the company’s first paying customer, Oliver Daemen, and 82-year-old Wally Funk, an aviator who once trained with Nasa.

Mr Bezos will have some competition if he wants to dominate commercial space travel in the way Amazon has taken over retail.

Richard Bransen travelled to space last week on a Virgin Galactic rocket and has already sold more than 600 reservations at $250,000 apiece.

Elon Musk is also trying to break into the space tourism business with his company SpaceX.

The Blue Origin flight, which lasted around 11 minutes from launch to landing, saw the astronauts experience around four minutes of zero-gravity.

They travelled above the Karman Line, which is considered to be the boundary of space.

Suspect arrested over 'Bonnie and Clyde' crime spree by couple