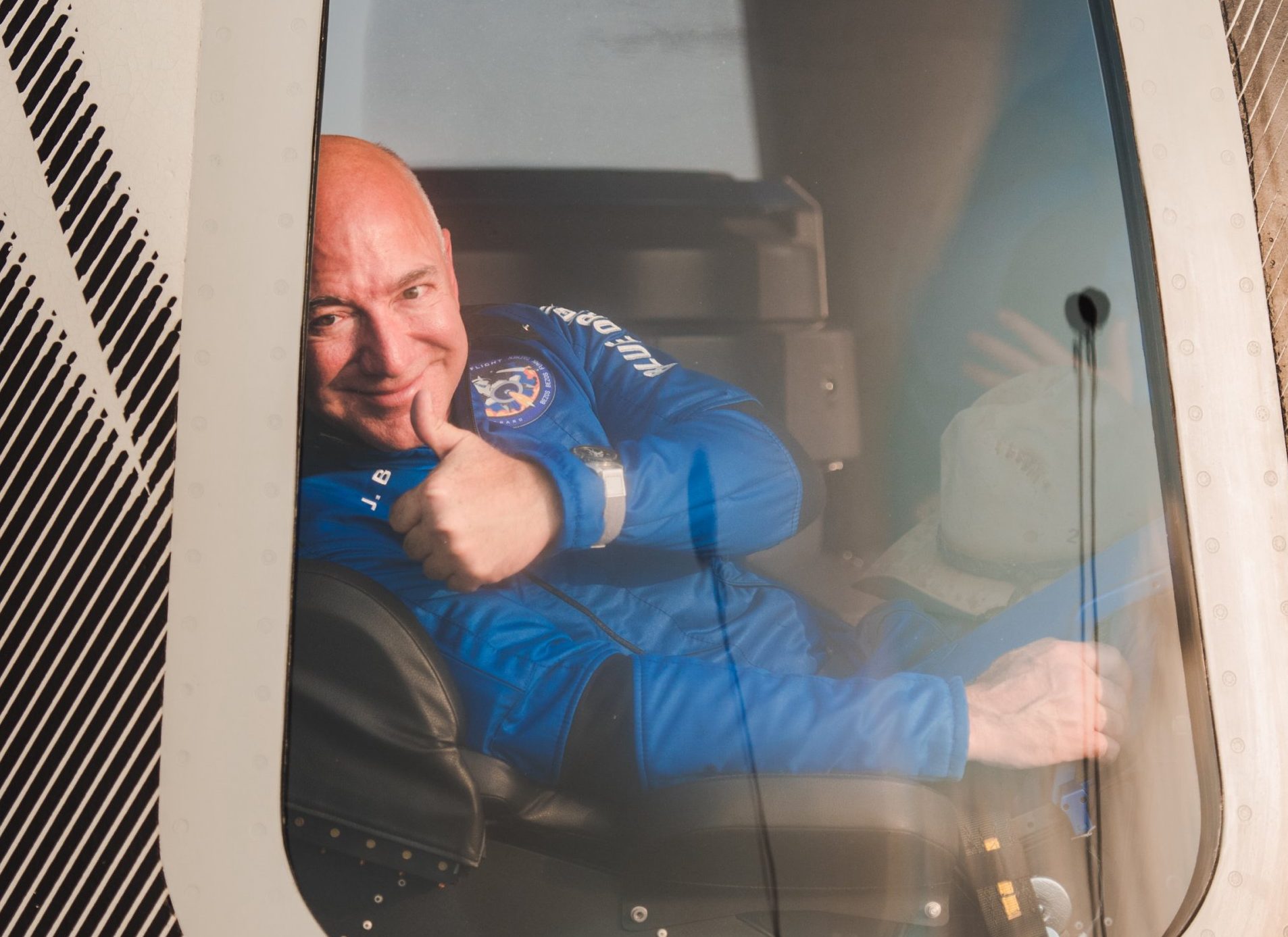 Jeff Bezos’s company Amazon has been accused by the shadow chancellor of paying too little tax compared with high street firms.

Labour’s Rachel Reeves took aim at the US multi-billionaire at yesterday’s party conference, saying: ‘If you can afford to fly to space, you can pay your taxes here on Earth.’

It came as she called on the government to increase the digital services tax to 12 per cent.

Ms Reeves told Labour members in Brighton that the current system of business taxation is not fair or ‘fit for purpose’, saying: ‘How can it be when bricks-and-mortar, high street businesses are taxed more heavily than online giants?

‘High street businesses pay over a third of business rates, despite making up only 15 per cent of the overall economy. But when Amazon’s revenues went up by almost £2billion last year, how much did their tax go up? Less than one per cent.

‘If you can afford to fly to space, you can pay your taxes here on Earth.’

The shadow chancellor also called on the government to freeze business rates next year, in order to give ‘small and medium-sized businesses in all sectors a discount’.

She added: ‘To pay for those measures, the government should increase the digital services tax to 12 per cent for the next year, to make sure online companies that have thrived during this pandemic are paying their fair share.’

In her speech, Ms Reeves also pledged a Labour government would eventually scrap business rates after a gradual phase-out.

The party’s proposals would shift the tax burden from the high street to online giants, with tax relief afforded to private schools scrapped.

Amazon hit back by saying: ‘Last year, we made a total UK tax contribution of £1.55billion — £492million in direct taxes and £1.06billion in indirect taxes.’

Ms Reeves also said people should be able to identify as a man or woman ‘whatever their body parts are’.

The shadow chancellor said the debate on trans rights had become ‘divisive and toxic’.

Labour MP Rosie Duffield felt unable to attend the party conference after receiving threats and abuse for saying ‘only women have a cervix’.

On Sunday, Labour leader Sir Keir Starmer said it was ‘not right’ for Ms Duffield to have made the comment.