Speaking on Times Radio, Jeremy Clarkson claimed he often finds himself voting for the Conservatives not because he is particularly fond of Boris Johnson’s Party but because the alternative is usually much bleaker. In a stunning swipe at both Jeremy Corbyn and Tony Blair, the Top Gear presenter said he could never vote for the Labour Party’s “idiotic” stances. He said: “I wouldn’t naturally vote Conservatives, it just happens to be that most times when we’re asked to vote…

“I mean obviously nobody in their right mind could vote for Corbyn.

“Blair certainly had his moments of seeming to be quite sensible but then obviously went into war and that was idiotic.

“And he banned hunting and even though I didn’t like hunting I thought that was idiotic.

“And so it just happens to be that every time it comes around and you weigh up which is going to provide you with a better life and a better country to live in, then it’s usually the Conservatives.” 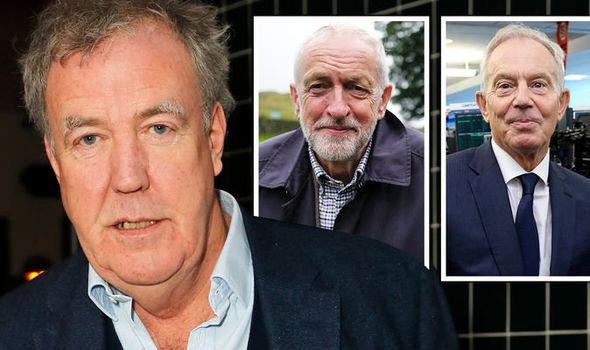 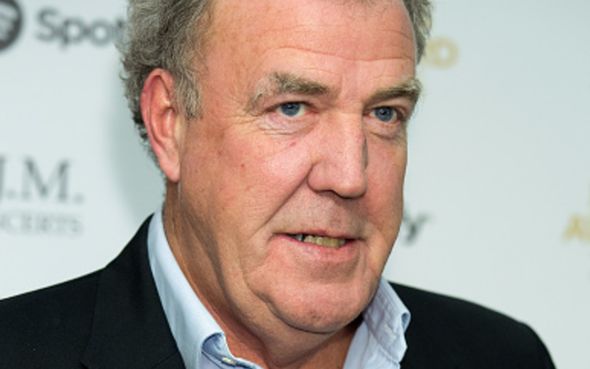 The outspoken broadcaster, however, was not short of criticism for Prime Minister Boris Johnson.

He branded Mr Johnson “the talking teddy bear” and claimed he found it concerning that the Prime Minister now quotes “really obscure Greek mythology” when he addresses the nation.

Also appearing on Times Radio on Saturday, Tony Blair revealed some of the key moments and influential people in his life during a candid interview.

The former Labour Prime Minister confessed his father would have likely been a supporter of Brexit.

Times Radio hosts Rachel Sylvester and Alice Thomson questioned the former Prime Minister on how the death of both of his parents impacted him growing up and how his father would view the current political climate.

Ms Thomson asked: “What do you think your father would think now if he was alive?

“How would he perceive the last few years?

“It would seem Britain was going in one direction but then it really changed in the last decade.

“Would he have been a Brexiteer, do you think?” 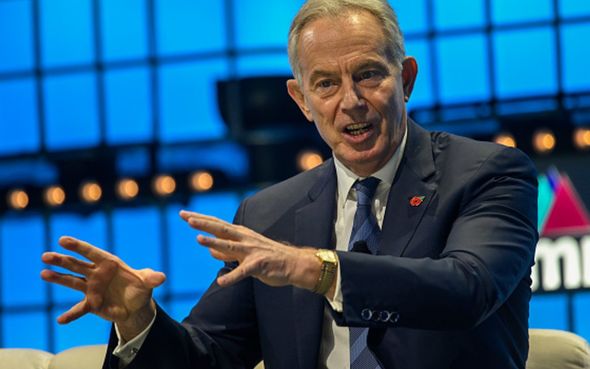 Mr Blair replied: “Yes, I think he would have been a Brexiteer.

“If my dad had been as he was, who knows I suppose, you can’t really tell because he was from a different generation.

“But he probably would have been because he was from that sort of wing of the Conservative Party.”

Since the 2016 Brexit result, Mr Blair has repeatedly argued leaving the European Union is bad for Britain.

Last week, the former Prime Minister reiterated his attitude towards Brexit and claimed it had been a complete disaster.

Breonna Taylor: Louisville declares state of emergency ahead of prosecutor decision on charges