Jeremy Corbyn was spotted among the protests which brought the capital to a standstill today. Both climate activists and cost of living protesters took to the streets of London to demand action. The London marathon is being held tomorrow and police have warned they will not tolerate protests which cause “disorder”. The climate activist group Just Stop Oil had blocked four London bridges – Waterloo Bridge, Westminster Bridge, Lambeth Bridge and Vauxhall Bridge – after marching from 25 points across London.

The cost of living protests are part of the Enough is Enough campaign, founded by trade unions and community groups, which seeks to pressure Government to combat the cost of living crisis. It is unclear whether Just Stop Oil was working with the movement.

Just Stop Oil has also vowed to “occupy Westminster” as part of the action. Some protesters had gathered in Parliament Square. Protests have taken place in more than 50 cities including Belfast, Birmingham and Glasgow as well as the capital.

The group Don’t Pay set three metal bins alight outside of Kings Cross Station and handed out fake energy bills for people to burn as a call for the Government to bring down prices.

After giving a speech in support of today’s rail strikes, former Labour leader Jeremy Corbyn was spotted marching with protesters. 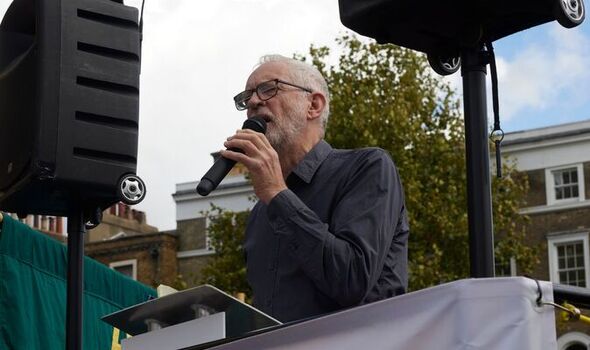 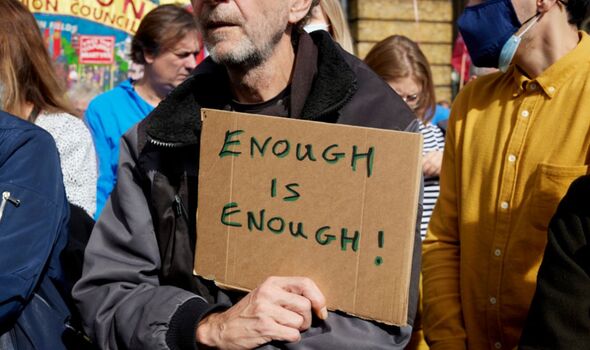 His brother, conspiracy theorist Piers, was also seen in London. In the past, he has mounted counter protests to such events claiming that climate change is a “myth”.

Other groups including Campaign for Nuclear Disarmament and Insulate Britain are believed to be taking part in the protests.

“From this moment, we declare Westminster a site of civil resistance. We call upon everyone to join us – to sit with us in the roads and disrupt the heart of power – and to stop this city from moving until this government takes immediate steps to meet our demands.” 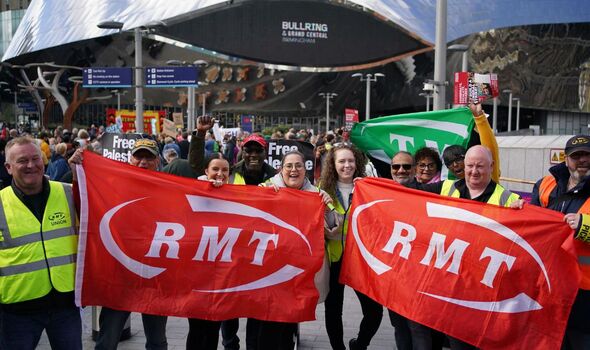 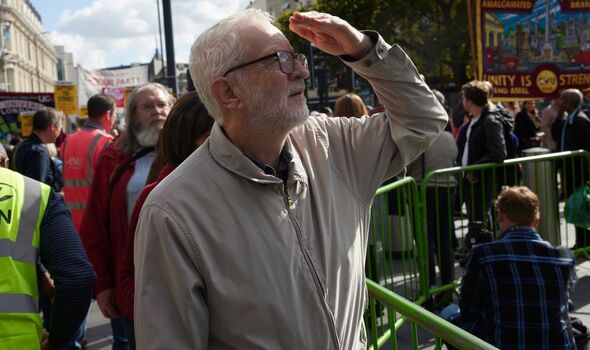 The protests come as Met Police prepare for the London Marathon due to be run tomorrow. Police have said they will not tolerate the “disorder” seen in recent similar protests.

Commander Karen Findlay, who is running the policing operation this weekend, said: “Officers have been working with a myriad of event organisers heading into the weekend, including with the organisers of the London Marathon.

“It is extremely important given the months of preparation runners have put in to tackle the 26.2 mile course, that the policing operation remains centred on working with partners to ensure the event takes place without disruption, and all the families and members of the public who attend to cheer the runners on enjoy the day. 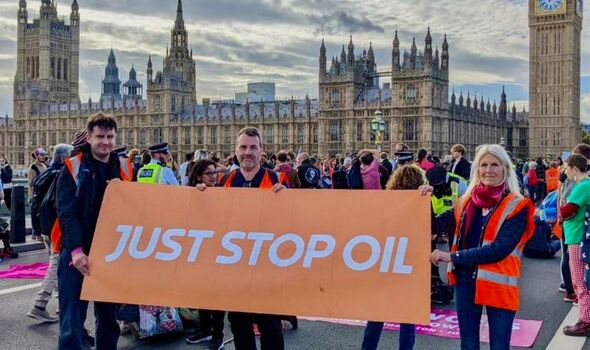 “We are also aware of the global and political backdrop and how those issues impact on our communities within London. We completely understand that people want their voices heard on current issues and to exercise their right to protest.

“However, what we won’t tolerate is where the right to protest results in disorder as we saw last weekend. That is wholly unacceptable. It is equally important that the rights of local residents, visitors and business owners are balanced with those who wish to protest.”

He added: “So far, despite efforts, Just Stop Oil have declined to engage to explain their plans, however we will continue to try to establish a dialogue since we remain dedicated to making sure all demonstrations and events go ahead without disruption.”

When does Wales lockdown end?