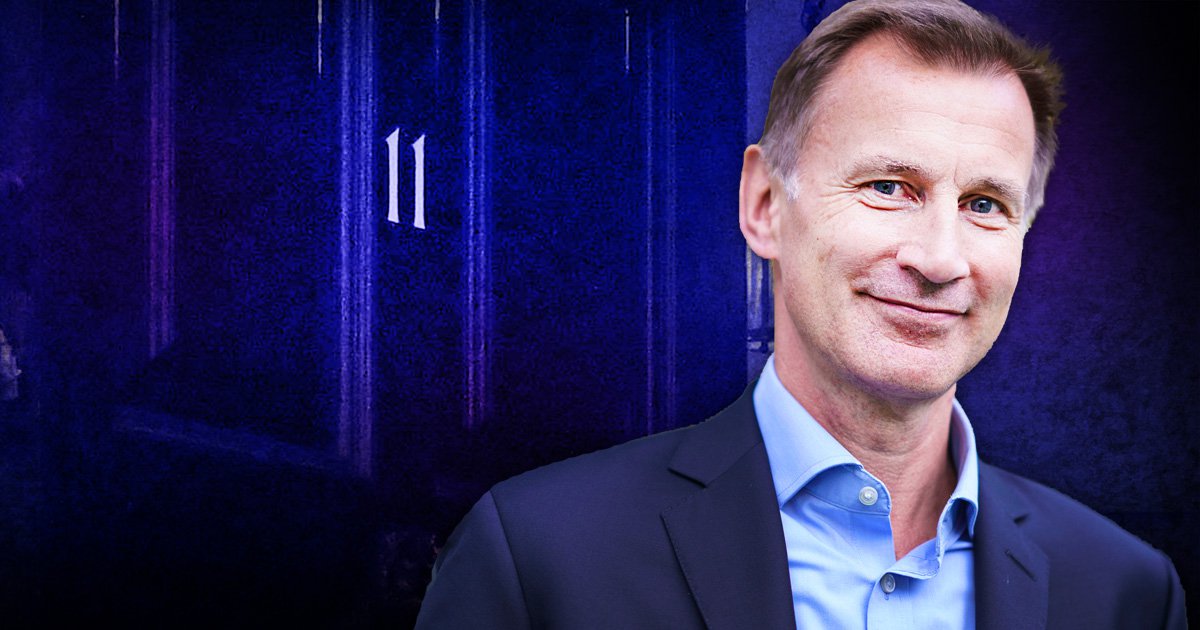 Jeremy Hunt has been appointed to replace Kwasi Kwarteng, according to reports.

The chancellor was sacked this morning having served just 38 days in office after a revolt over his controversial tax plans.

Liz Truss will hope ousting her Downing Street neighbour will save her government but for the second time in a matter of months, the prospect of the government collapsing is very real.

As recently as last night, the Treasury was insisting the mini-budgets plans were ‘going nowhere’ but things have moved incredibly quickly in the last 24 hours.

Mr Kwarteng was also ‘100%’ sure he was remaining in post, with ministers also saying prime minister Liz Truss had ‘total confidence’ in the now former-chancellor.

He cut short a tip to Washington DC to fly back to London, before heading straight from the airport to London to be sacked in Downing Street.

The prime minister is due to speak to the country at 2.30pm where she is expected to announce another major U-turn on measures announced last month.

The PM will hope the sacking and the U-turn will ward off any attempted leadership coup, which so far does not seem to be working.

One move reportedly mooted among some senior MPs is to back a joint Rishi Sunak-Penny Mordaunt ticket and force through a second change in leadership in less than two months.

Politicians have also argued that the damage from Kwarteng’s budget has ‘already been done’.

Labour’s shadow chancellor Rachel Reeves said: ‘A humiliating U-turn is necessary – but the real damage has already been done to millions of ordinary people now paying much higher mortgages and struggling to make ends meet.

‘This is a Tory crisis made in Downing Street. They have plunged our economy into chaos and crisis with Truss’s discredited trickle down approach. It won’t be forgiven or forgotten.

‘Only a Labour government has the credibility, authority and plan to fix things.’
The market chaos and the sacking have led to calls for a general election.

Liberal Democrat leader Sir Ed Davey said: ‘This mustn’t just be the end of Kwarteng’s disastrous chancellorship, it should be the death knell of theConservatives’ reckless mismanagement of our economy.

‘It didn’t suddenly start with Kwarteng but it must end now.’

R rate has crept back up to 1 across UK