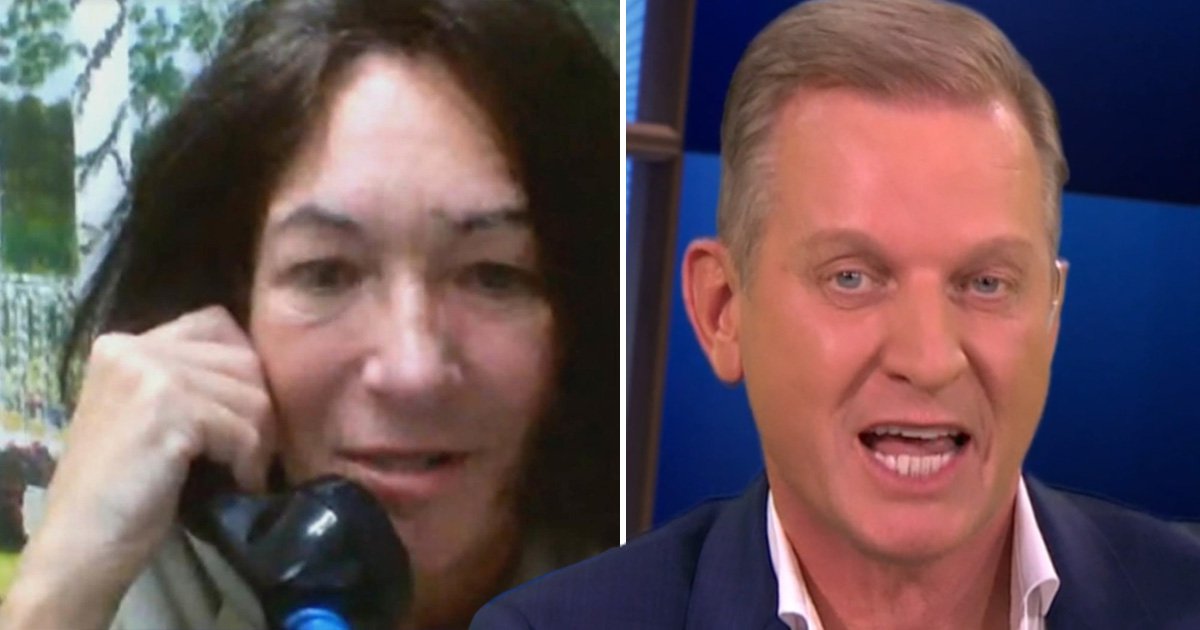 After being sentenced to 20 years behind bars for helping Jeffrey Epstein abuse teenage girls, the British socialite has appeared on TalkTV from her Florida jail.

She was found guilty of luring young girls to massage rooms for the billionaire to molest between 1994 and 2004, and has since been described as one of the most notorious female prisoners.

In the new special, titled ‘Ghislaine Behind Bars’, the presenter interviews Maxwell on topics including Epstein and their mutual friend, Prince Andrew.

But questions have been raised why the broadcaster has given a sex trafficker ‘a voice’ instead of her victims.

‘This will be a boring “defend Andrew” interview. I will watch, but not holding out much hope of anything of value coming out,’ Anne-Marie Thompson said.

This will be a boring ‘defend Andrew’ interview. I’ll watch, but not holding out much hope of anything of value coming out.

Why are we giving a criminal air time. Being a victim or friend/ relative but not being given the same right must feel absolutely awful.

Another user, Lee, described the interview as ‘absolute trash’, before adding: ‘How can you even entertain a sick child trafficker?’

She added: ‘Why on earth is Ghislaine Maxwell – a serious sex trafficker – being allowed to give self-aggrandising, misleading interviews to Jeremy Kyle?’

The one-hour interview was filmed in a series of video and taped audio phone calls from the Federal Correctional Institute Tallahassee.

Before the special was aired, Mr Kyle stressed that Maxwell did not apologise to any of her victims at any point.

‘There is no part of any of this where she apologises to her victims, he said. ‘For me, they are the first and most important thing we should think about, the people who were trafficked, the young girls who were taken advantage of.

‘Away from that, there is so much that she talks about. Then, one asks about the timing because you would have read over the weekend that the Dike of York is considering a new legal battle.’