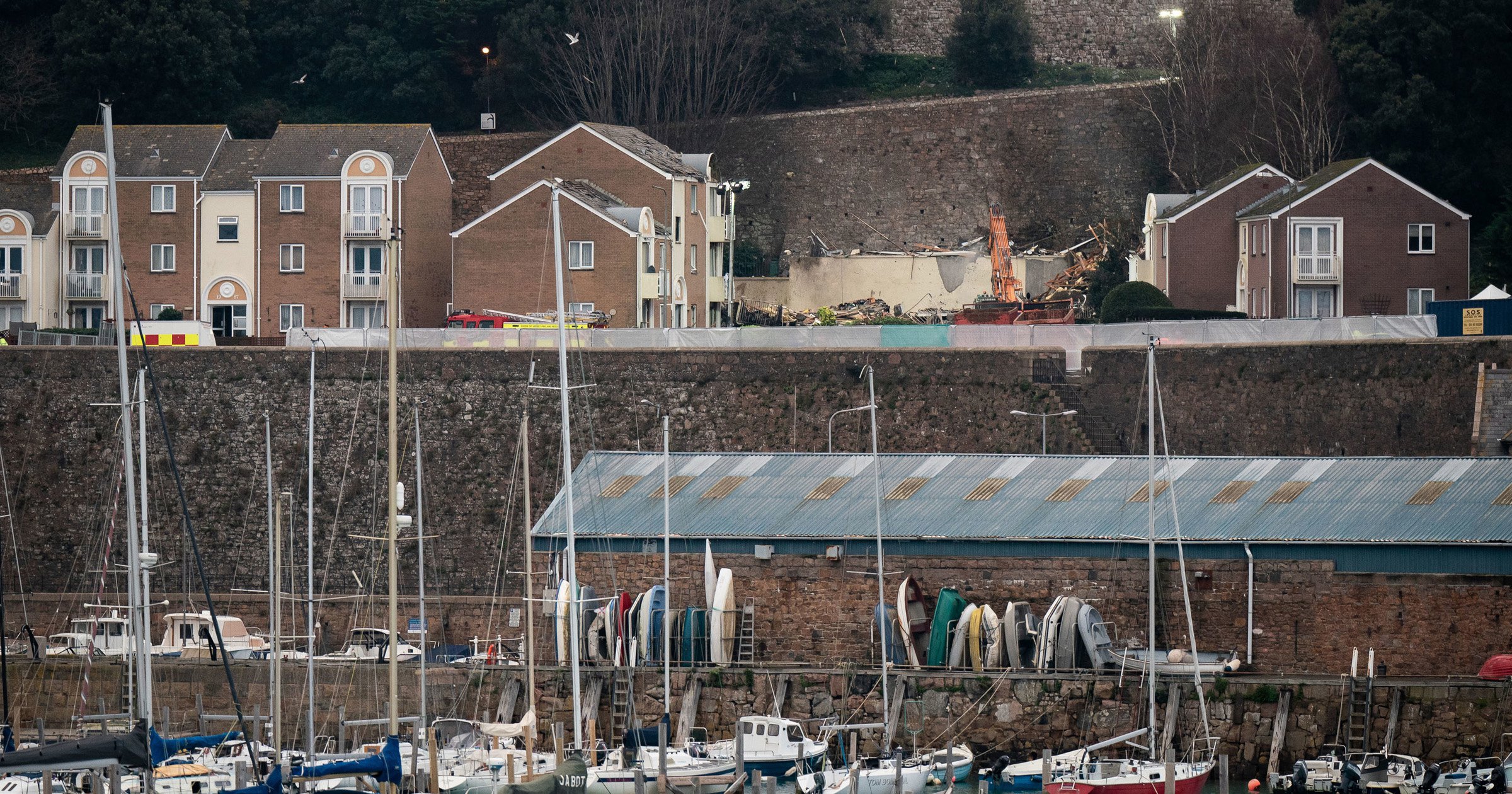 The death toll from an apartment building explosion on the English Channel Island of Jersey has risen to eight, police said.

One resident remains unaccounted for, the force added.

A blast brought down the three-storey flats in St Helier last Friday after occupants said they could smell gas the evening before.

Police say that the fire in the Haut du Mont residential block was ‘likely’ caused by a gas explosion.

Jersey Chief of Police Robin Smith said yesterday at a press conference: ‘The families are being supported by specially trained family liaison officers.

‘The fatalities have not yet been formally identified. The Disaster Victim Identification process must be carefully considered and managed in a dignified and compassionate way.’