Jess Phillips is third in the polls to become the next Labour leader behind Sir Keir Starmer leading and Rebecca Long-Bailey but supporter Wes Streeting says Ms Phillips will have Boris Johnson’s job “at-risk”. Host Martha Kearney asked: “Was Jess Phillips right to allow the possibility of another referendum? We just heard Jenny Chapman saying that really shouldn’t be a priority.”

Speaking on Radio 4’s Today programme, Mr Streeting said: “As ever with Jess honesty is the best policy.

“I think she has been very clear that she doesn’t want to rule anything out in the longer term.

“But Jess doesn’t have a crystal ball like any other candidate.

“She’s set out in the Independent today a really clear pitch on where she stands on Europe including being honest about the fact that if people want to join the rejoin campaign, they shouldn’t expect her to be launching it any time soon. 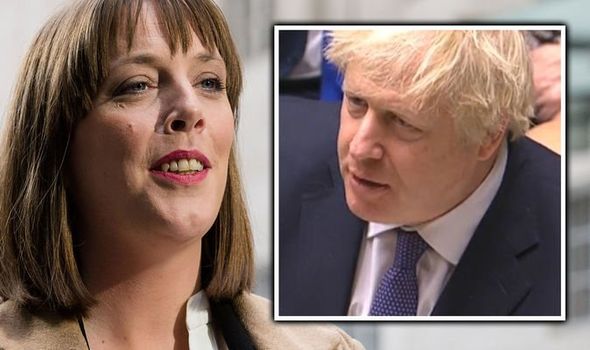 “In all likelihood the next Labour manifesto won’t contain a commitment to rejoin.”

Ms Kearney added: “But what will that mean for all those voters who are usually Labour in the northern seats in England who are firmly Leave and one of the reasons why they supported the Conservatives.”

“She will hold Boris Johnson to every promise he has made because he hasn’t got any excuses now.

“I think if Jess is leader of the Labour Party Boris Johnson will be lying awake knowing his job is at risk if he messes up because she will be chomping at his heels.”