EDF Energy, the company behind the project, claims it will produce 25,000 new jobs with 70 percent of the planned investment to be spent in the UK. The proposed plant would be built close to Sizewell B, a working nuclear power station, and Sizewell A which is in the process of being decommissioned.

Activists from the Stop Sizewell C campaign group claim the plan would have a “devastating impact” on the local area and would destroy jobs provided by tourism.

Over the past few weeks a number of protest signs near the site from Stop Sizewell C have been graffitied with the words “JOBS” and “Jobs Not Snobs”.

On Facebook a number of locals hit out against the campaign with several arguing it’s dominated by London second home owners, an allegation the group strongly denies.

Keith Suffling described the campaigners as “Londoners in their second homes saying ‘not in my backyard’”. 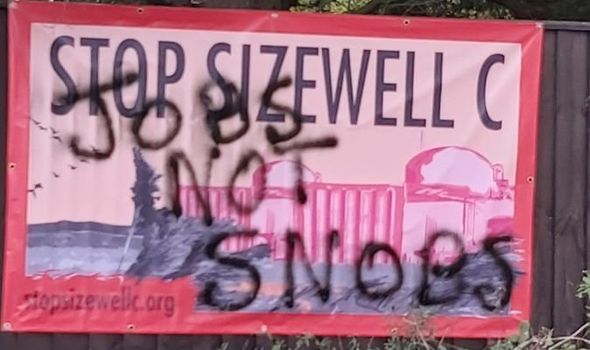 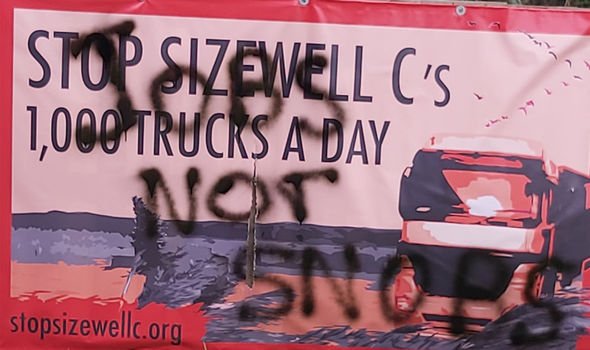 Dawn Munnings added: “The usual thing – someone moves near local industry and then campaigns to stop it without really understanding it.”

Nicola Delaney said: “The same people in this area voted to leave the EU. This country needs Sizewell C to be built otherwise we will be dependent on EU imports.”

Opposition to the scheme has been backed by a number of celebrities including actors Bill Nighy and Helen Atkinson Wood as well as ex-BBC broadcaster Bill Turnbull.

Stop Sizewell C condemned the vandalism of their protest signs and insisted they are rooted in the local community. 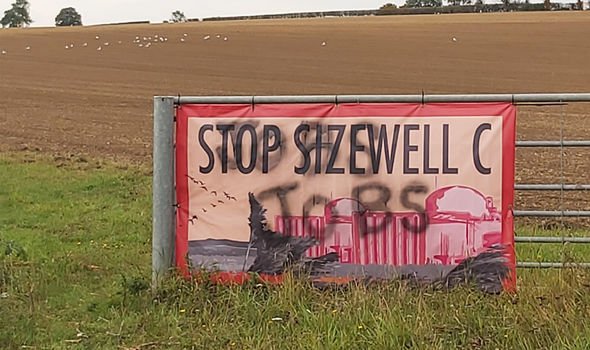 “Ironically, jobs are one of our biggest concerns; we’re really worried that Suffolk’s vital tourism and small business economy will be badly damaged in the 10-12 years of Sizewell C’s construction, from traffic, disruption and the huge influx of construction workers.

“Three quarters of EDF’s 8,000 strong peak workforce will come from outside the region.” 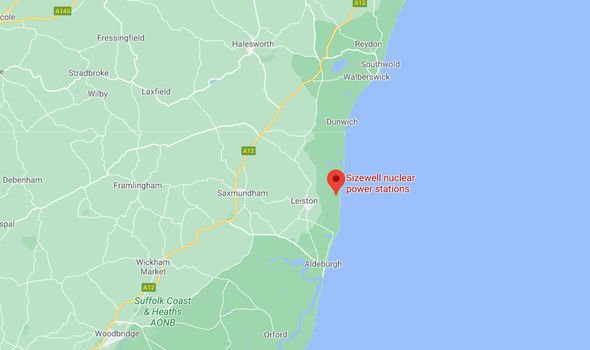 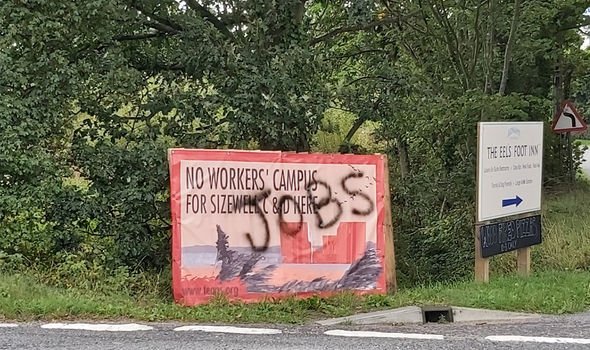 If approved the new plant should be up and running by the early 2030s.

Trevor Clements, who lives around 40 minutes from the proposed site but walks there regularly, admitted its construction could put him off visiting but argued it’s still needed in the national interest.

Speaking to Express.co.uk Mr Clements added: “We regularly drive to the area and nearby there are several sings opposing the new nuclear power station.

“We do walk in that area but if a new power station was built we might change our habits.

“But at the end of the day we all need electricity.”

The deadline is fast approaching for local residents and groups to register as “interested parties” and have their say on the proposed development. 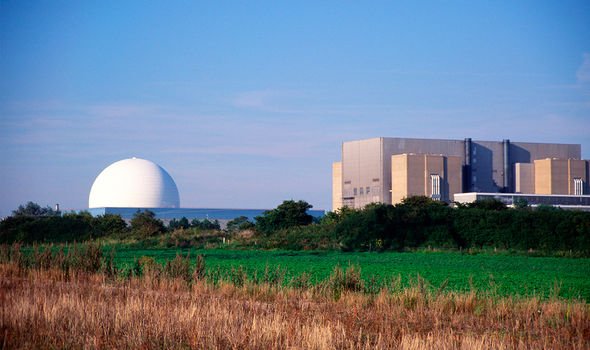 Those with an interest have until Wednesday to register with the Planning Inspectorate.

Once registered the Inspectorate said people “will have an opportunity to make a written representation about the application when the examination begins”.

Currently the UK generates around 20 percent of its electricity from nuclear power, but a big chunk of this is set to be retired by 2025.

Coronavirus: WHO calls for improved data-sharing on virus, says sending team to China