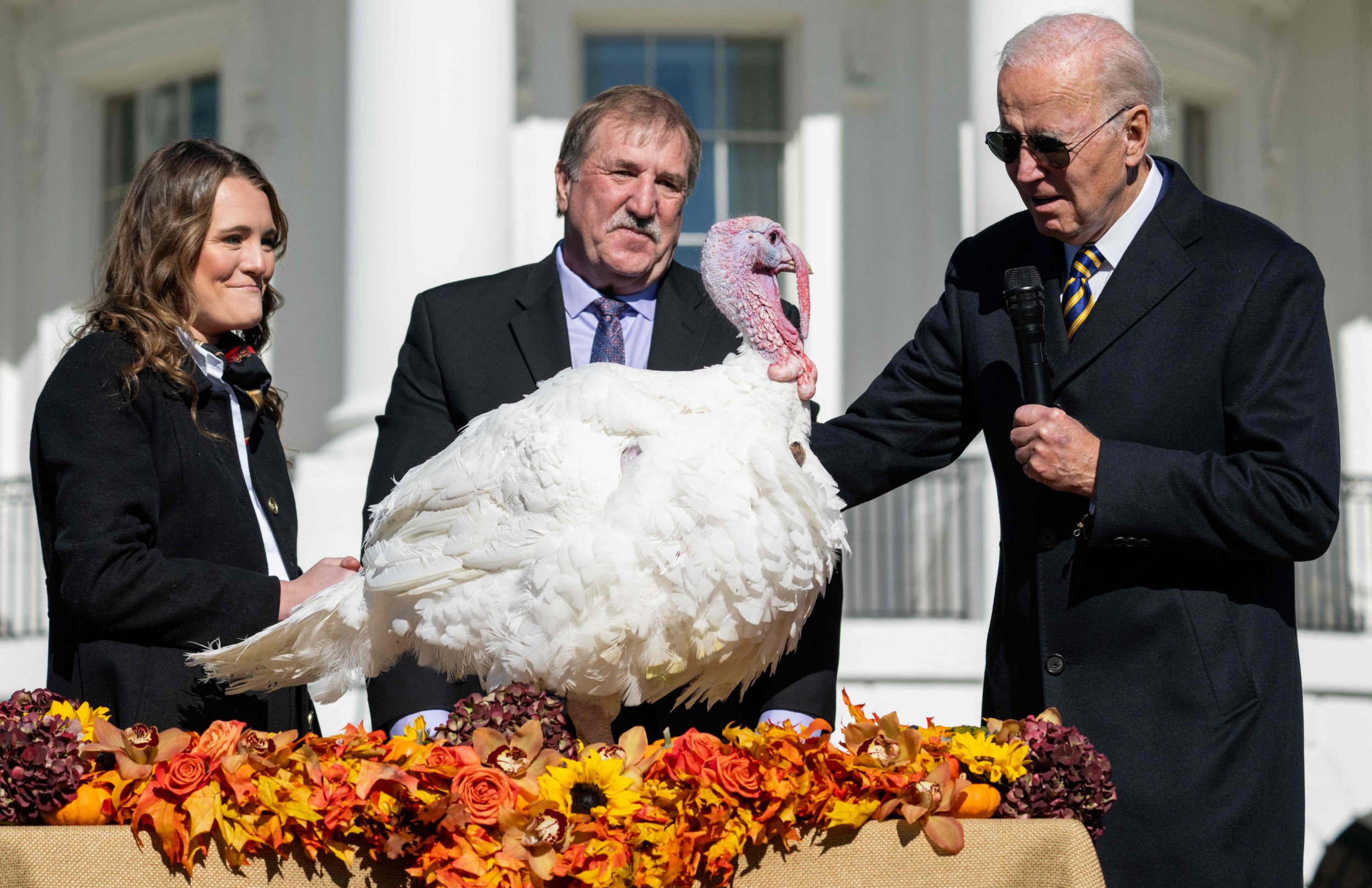 President Joe Biden took the annual Thanksgiving turkey pardoning tradition as an opportunity to jab at Republicans for their failure to create a ‘red wave’ of midterm election wins.

Speaking from the South Lawn on Monday, Biden remarked on the ‘wonderful Thanksgiving tradition here at the White House’ and said he would keep it short because ‘nobody likes it when their turkey gets cold’.

‘The votes are in, they’ve been counted and verified, no ballot stuffing, no fowl play,’ said Biden.

He then mentioned the red wave in relation to his dog.

‘The only red wave this season is going to be if German Shepherd Commander knocks over the cranberry sauce,’ he said.

Biden then went into pardoning Chocolate, the official National Thanksgiving Turkey, and the alternate, Chip. The birds were part of ‘another flock hoping to come to Washington in 2024’, he said.

‘Of course, chocolate is my favorite ice cream. We could have named them CHIPS and Science,’ said Biden, referring to infrastructure legislation he signed into law this year.

Biden joked that Chocolate and Chip would lead North Carolina State after being pardoned.

‘And now, based on their temperament and commitment to being productive members of society, I hereby pardon…’ Biden said as a turkey gobbled. ‘Yes, I hereby pardon Chocolate and Chip.’

Biden pardoned the turkeys nearly two weeks after midterm election night. Republicans were expected to gain control of both the House and Senate, but took the House with a narrower margin than predicted. Democrats kept their slim majority in the Senate.

The presidential turkey pardon tradition dates back decades, often pegged to President Abraham Lincoln’s clemency to a bird in 1863.

Biden on Monday also called out his son Hunter, who has been subject to controversy, and his grandson Beau.

‘That’s my grandson Beau up there and my granddaughter,’ Biden said. ‘Don’t let him jump.’