The trial of two former British soldiers for the shooting dead of an IRA commander in 1972 has collapsed at the Crown Court in Belfast.

Joe McCann, 24, was unarmed when soldiers opened fire on him in Joy Street, as he ran from them in a bid to evade capture.

The case against the two veterans, identified only as Soldiers A and C, fell apart when evidence deemed central to the prosecution was ruled inadmissible.

The judge precluded statements the soldiers, who are now in their 70s, had been ordered to give the Army in 1972 and had given voluntarily to the Historical Investigations Team in 2010. 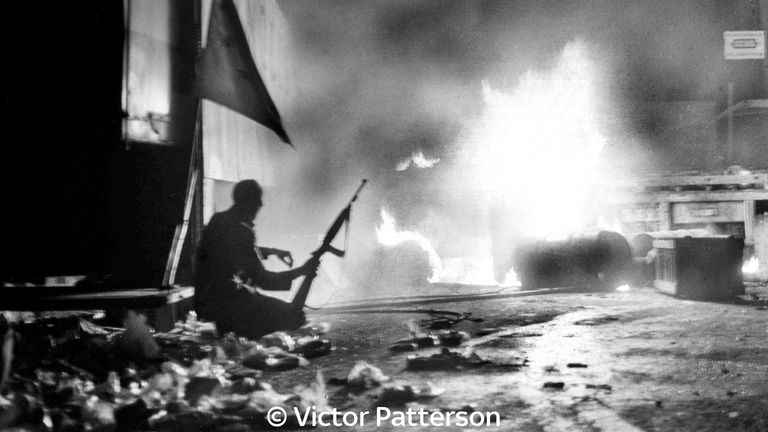 The prosecution accepted that the statements were inadmissible because they had not been given under caution and without the soldiers having access to legal representation.

Mr Justice O’Hara said it was “remarkable” that the accused had never been arrested or questioned by police before being put on trial for murder.

After the prosecution confirmed it would be presenting no further evidence in the case, Mr Justice O’Hara told the defendants: “In the circumstances Mr A and C I formally find you not guilty of the charge of murder.”

Moments later the two accused, dressed in suits and ties, walked from the court.

Pictured wielding a gun on a Belfast street, McCann is the subject of one of the most iconic images of the Northern Ireland troubles.

Belfast Crown Court heard the prominent member of the old Official IRA had been responsible for the deaths of 15 British soldiers in Northern Ireland.

His widow Anne and their family had waited nearly 49 years for their day in court, only to see the trial collapse in a week.

His family have said they will apply to the Attorney General to open an inquest into his killing.

“This trial has heard very clear evidence that Joe McCann was murdered by the British Army. He was shot in the back whilst unarmed from a distance of 40m posing no threat. It was easier to arrest him than to murder him.

“He was murdered because the British Army operated with impunity for their crimes.”

He said that there was “no doubt” that the soldiers did shoot McCann and said it was not the end of the family’s demand for justice.

“They will now apply to the current Attorney General to open the inquest at which Soldiers A and C will be compelled to appear and give evidence and be cross examined,” he said. 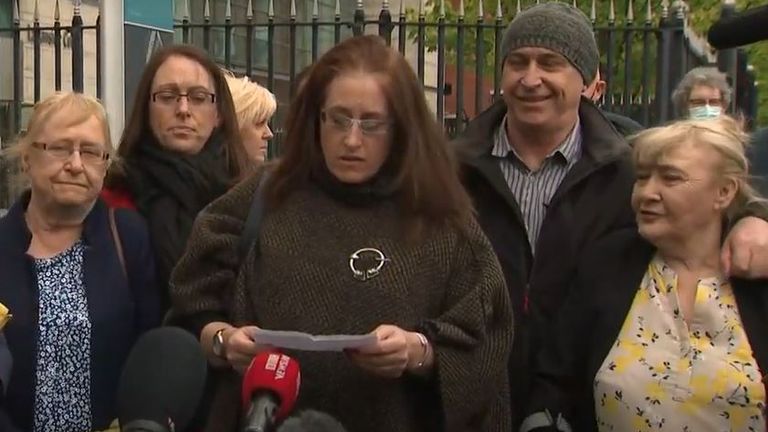 Veterans calling for a halt to the historical prosecution of former British soldiers who served in Northern Ireland had protested outside the court in Belfast.

Four other cases involving the prosecution of veterans are at the pre-trial stage in the region’s courts.

Former armed forces minister Johnny Mercer, who resigned over the issue 10 days ago, was back in the city to offer the accused his support.

Speaking after the verdict, he said: “I’m delighted for the soldiers who can now hopefully go and live the rest of their lives in peace.

“It is time to deliver on that.”

Philip Barden, the senior partner at Devonshires solicitors who represented Soldiers A and C, has called for an “urgent independent review” of the Northern Ireland Public Prosecution Service’s handling of the case.

He said the firm made legal submissions back in 2016 making clear that the evidence from their clients would not be admissible.

“The stress of these proceedings on the soldiers and their families cannot be underestimated,” he said.

“For the last five years, the soldiers have fought hard to maintain their anonymity on the basis that they would face real and imminent risk to their lives and physical safety from terrorists, were their names to be published.”

There are those demanding an amnesty but that is the word politicians in Northern Ireland dare not speak while victims continue to call for justice.