Ms Miller lashed out at Mr Bercow over his “unacceptable culture of bullying and harassment” in the Commons, insisting he must not stay longer as Speaker. She has also demanded MPs unite and take a stand against Mr Bercow, after he insisted on staying as Speaker until the Brexit agreement is passed in Parliament. Ms Miller told the Guardian: “The Cox report was clear that the House of Commons needs a wholesale change in leadership to address an unacceptable culture of bullying and harassment. “The Cox report specifically includes the Speaker in that recommendation, the most senior person in the House of Commons. No MP should stand by and allow the Speaker to continue in his post.”

Mr Bercow was urged to step down last October following an independent report by Dame Laura Cox, but the pressure soon eased up after allies indicated he would step down in July.

Mrs Cox’s report said there was a a tradition of “deference and silence” in Parliament that “actively sought to cover up abusive conduct” and provided no protection to victims of bullying and sexual harassment.

Mr Bercow told friends he was planning to leave his post in the summer of 2019, but then changed his mind after UK’s departure from the EU was postponed.

He has yet to confirm when he will resign from his position. 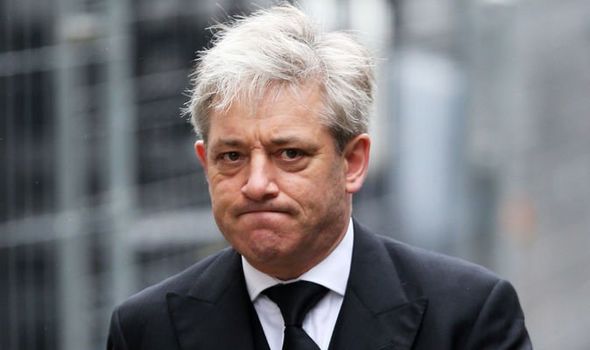 The Commons Speaker told the Guardian: “I’ve never said anything about going in July of this year.

“Secondly, I do feel that now is a time in which momentous events are taking place and there are great issues to be resolved and, in those circumstances, it doesn’t seem to me sensible to vacate the chair.

“If I had any intention to announce on that matter … I would do so to Parliament first.”

James Duddridge, a Tory MP who previously tried to raise support for a no-confidence motion for the Speaker, said: “Bercow does not want to resolve Brexit. He wants to block it. 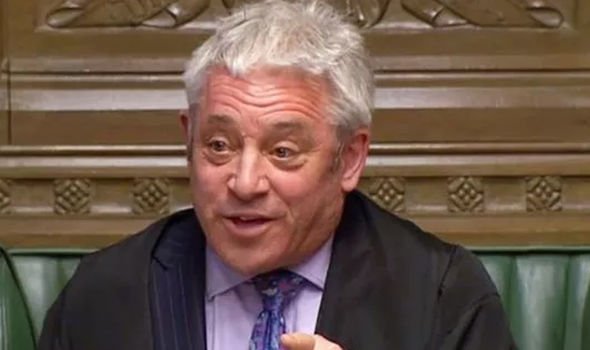 “He wants to veto the referendum result and will abuse the role of Speaker to advance his cause.

“He is even trying to comment on the leadership campaign. Pompous, egocentric, undemocratic and dishonourable.”

In her 155-page report, Mrs Cox quoted several anonymous contributors who said they were victims of sexist bullying that would take “several generations” to change.

In her report, Mrs Cox told the Guardian: “When reading this report, some people may privately recognise their own behaviours in some of the alleged abusive conduct I have described.

“I would hope that a process of reflection leads them to consider what, if anything, they should now do in the best interests of the house.”

Ten hurt in earthquake set off by Etna eruption