The former Speaker of the House of Commons and ardent Remainer, is as short as 4/7 to take part in the hit ITV show, according to Ladbrokes. Alex Apati of Ladbrokes said: “John Bercow’s has long been linked with a stint on I’m A Celeb and we’d be amazed if he didn’t take part later this year if the latest odds are anything to go by.”

The 57-year-old, who served as Commons Speaker from 2009-2019, would not need to travel far to take part in reality show as it is being filmed at Gwrych Castle in Wales, rather than the Australian outback, due to the coronavirus pandemic.

Mr Bercow, a former Conservative MP for Buckingham, formally left his position in the chamber on October 31, 2019.

He was replaced by Sir Lindsay Hoyle who had served as Labour MP for Chorley.

Mr Bercow’s tenure as speaker was blighted by accusations of Brexit bias, as well as questions over his own behaviour towards colleagues in the chamber. 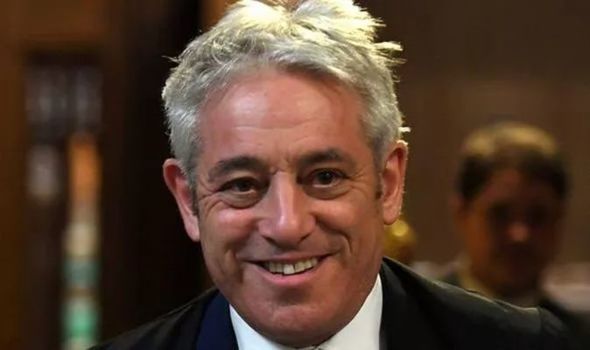 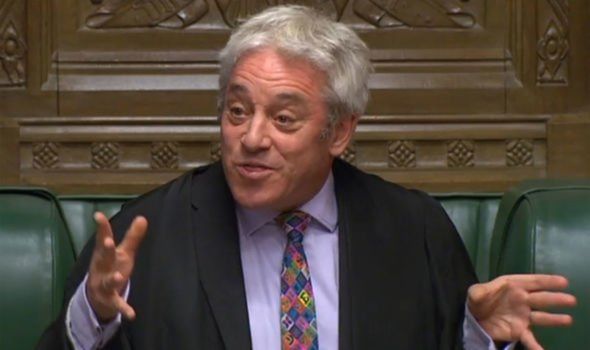 Mr Bercow played a significant role in trying to stop Brexit by selecting a series of amendments put forward by Remain MPs to be debated in parliament.

Most significantly in October 2019, the flamboyant Speaker chose the so-called Benn Act to be voted on in the chamber.

The amendment eventually passed by MPs, ensured the UK could not leave the EU on October 31, 2019 without a withdrawal agreement and imposed a three month delay until January 31, 2020.

In May 2018, Mr Bercow was involved in a Commons bust-up with the then Leader of the House of Commons Andrea Leadsom. 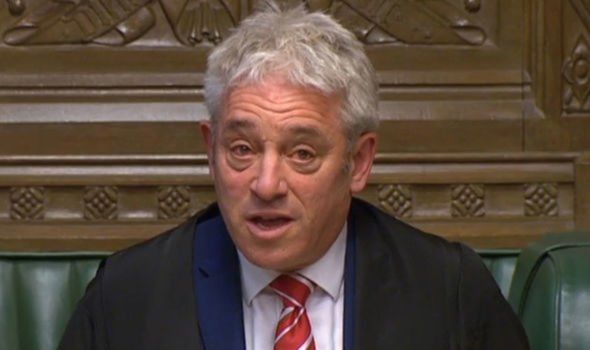 Mr Bercow was accused of calling Ms Leadsom a “stupid woman” during a session in the chamber.

Mr Bercow later explained what happened, calling the comments a “muttered aside”, but refused to apologise.

He added: “The adjective simply summed up how I felt about the way that the day’s business had been conducted. Anyone who knows the leader of the house at all well will not have the slightest doubt about her political ability and personal character.” 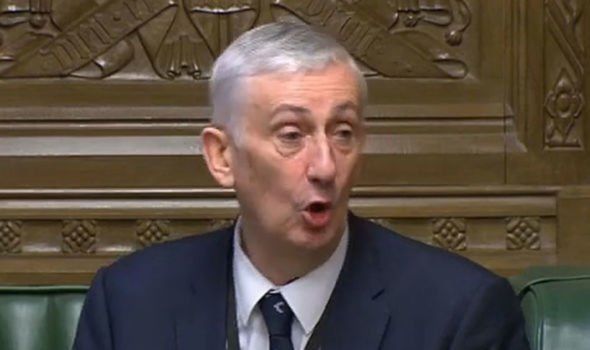 Appearing on BBC Radio 4s Any Questions in June, Mr Bercow admitted he had “made a lot of enemies” during his 10-year stint.

He added his time maintaining order in parliament had been an “enormous privilege”.

Mr Bercow said: “I did my best, I had some successes, I had some failures. I endured controversies. I made friends, I incurred enemies as well.” 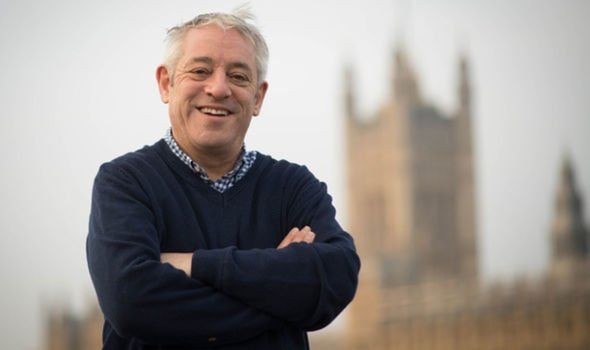 In a break with convention, Mr Bercow did not receive a peerage from Downing Street, despite being nominated for a seat in the House of Lords by former Labour leader Jeremy Corbyn.

On being snubbed, he said: “I am not going to sit awake at night worrying about it.

“There are people who have got grievances and agendas of their own who think I just don’t fit.”