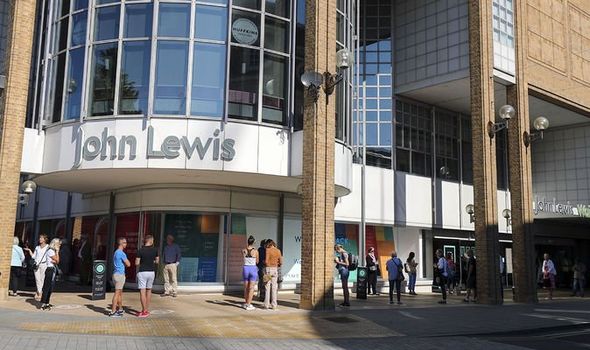 The John Lewis Partnership (JLP) claimed yesterday that its latest proposals will simplify the structure of its store management. It sends the total number of jobs lost past 3,500 in the space of just over a year – but does not mean any further shop closures.

A spokeswoman said: “We have announced to our [staff] our intention to simplify our management structures in Waitrose and John Lewis stores, which will allow us to reinvest in what matters most to our customers.”

The proposals will mean a reduction of nearly three workers for each John Lewis and Waitrose shop.

JLP added it will support employees who want to stay in the business by finding them new roles.

Staff, who are called “partners”, have been warned they should not expect a bonus until 2022-23 as the stores struggle to bounce back from both the coronavirus crisis and the shift to online shopping.

Dame Sharon White, chairwoman of the partnership, previously said the crisis had seen “a decade of changing shopping habits concertinaed into one year”.

Other big-name retailers who have laid off staff in the last year include Marks & Spencer, Boots and Clarks.

And more than 17,500 chain store outlets disappeared from high streets, shopping centres and retail parks across the country last year because of the pandemic.

But only 7,655 chain stores were opened, figures compiled by research provider Local Data Company, for the accountancy firm PwC, revealed.

Lisa Hooker, the head of consumer markets at PwC, previously said she expected job losses and store closures to continue as the year went on.

She said: “The full extent will be revealed in the coming months as many of the [company restructures] and administrations in the early part of 2021 still haven’t been captured, including department stores, fashion retailers and hospitality operators that will leave big holes in city centre locations.”

Earlier this month, JLP announced plans to build 10,000 rental homes over the next few years in a bid to return to profit by diversifying its operations.