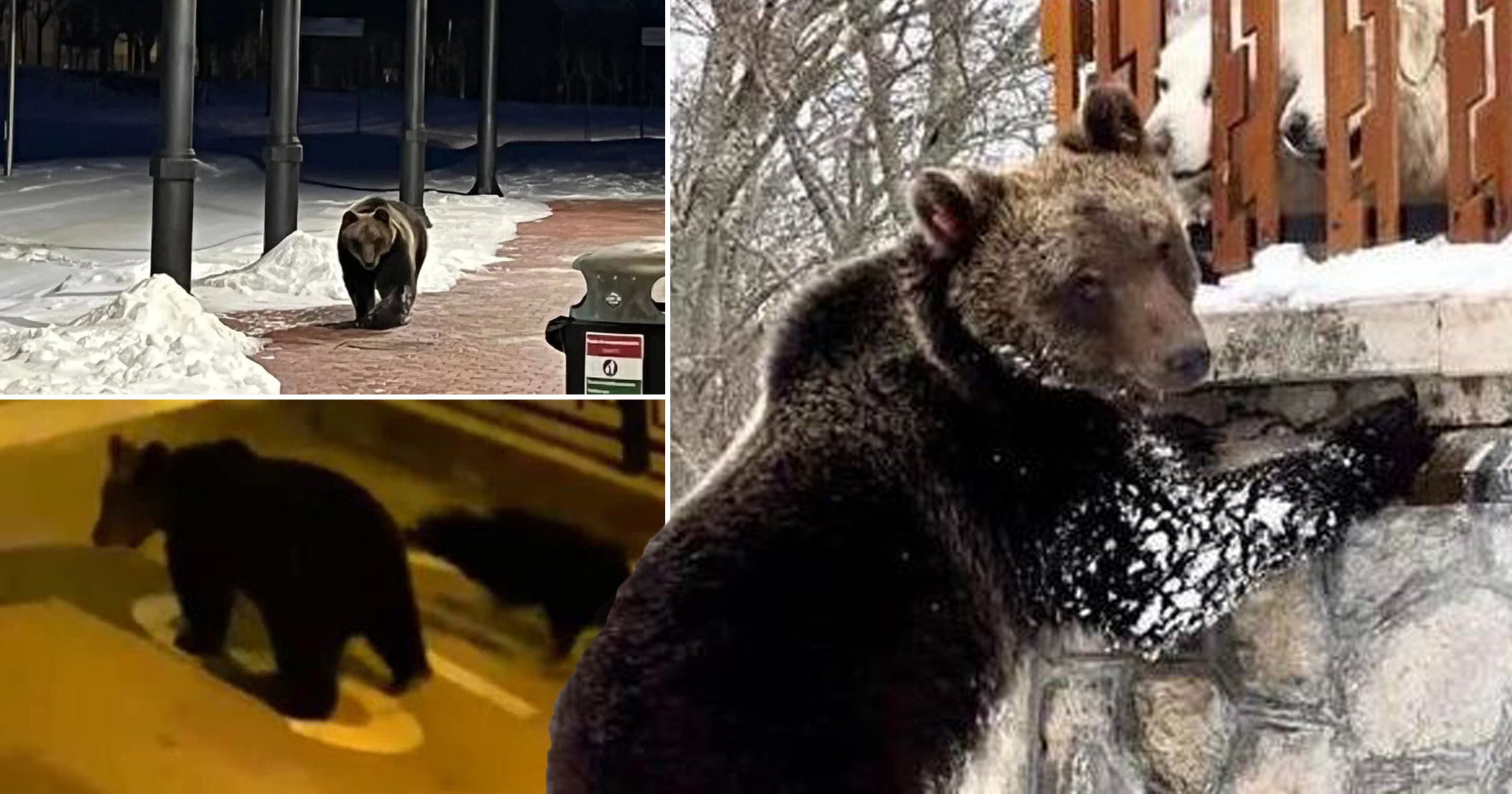 Italy is in mourning after the tragic loss of a beloved bear in a car crash.

Juan Carrito made headlines last year after several high profile crimes in the town of Roccaraso.

He had become infamous for biscuit thievery, bin-break ins and public urination.

The bear was also frequently spotted swigging out of public water fountains and playing with local dogs.

Italians soon adopted the marauding mammal as a ‘mascote’ and his escapades became widely known.

Juan was once even banished from Roccaraso, but made a 100-mile trek back to his ‘hometown’ to thieve another day.

He was polarising – some applauded his ability to roam free while others fumed he should be put behind bars in an official animal site.

But Juan’s story has now come to an end, on the hills of the Abruzzo region he loved to roam.

The three-year-old Marsican bear was killed after being hit by a car in the town of Castel di Sangro on Monday afternoon, the Guardian reports.

Marco Marsilio, the region’s president, broke the news to the shocked Italian public.

He said: ‘It is with great pain that I learned of the news of the death of Juan Carrito, the most famous and loved Marsican bear in Abruzzo.

‘His loss saddens not only Abruzzo but the whole world that discovered Abruzzo and the beauty of bears through the numerous videos [of Carrito] since he was a cub.’

Juan had initially been banished from Roccaraso after a high-profile break-in at a local bakery.

He scoffed an entire afternoon’s worth of biscuits before fleeing to the forest – leaving a trail of crumbs and metal trays behind him.

The crime was too much for authorities to bear, and Juan was exiled to a remote area in the mountains.

In March, the two-year-old Juan was sent behind bars to an enclosure for ‘problem animals’ in the village of Palena.

In a bid to rehabilitate the bothersome bear, authorities then released him into the wilds of the Apennine mountains.

But Juan simply padded his way back to Roccaraso – a journey of more than 100 miles due to a few woodland detours along the way.

Park rangers at the Maiella National Park were able to track the bear’s journey through a satellite collar.

Juan had spent 18 days walking between the valleys of Abruzzo to return ‘home’.

The world grew to love the naughty Italian animal and, following the news of his initial return to Roccaraso, took to social media to share their joy.

His name, Juan Carrito, translates to ‘John Wheelbarrow’ in English.

Others said attempts to banish the bear would be fruitless.

Garda investigation underway after shots fired at house in Dublin