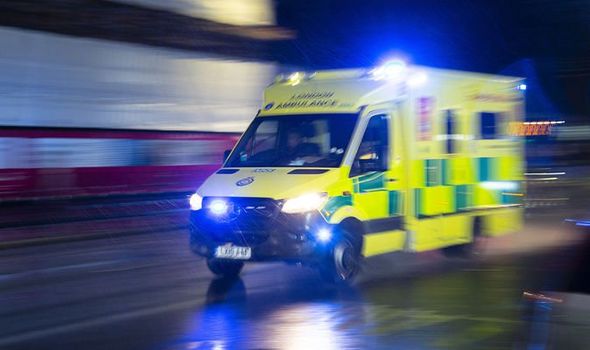 A law change in 2018 increased the length of the sentence from six months to one year, but no judge in England has imposed it.

In July last year the Government confirmed that the maximum sentence for assaulting 999 staff would be doubled, and it features in the upcoming Police, Crime, Sentencing and Courts Bill.

The Home Secretary Priti Patel said: “Our police officers, firefighters and other emergency workers go above and beyond every single day – running towards danger to protect us all.

“They are our frontline heroes who put their lives on the line to keep us safe. Yet some despicable individuals still think it’s acceptable to attack or spit at these courageous public servants.”

The Government has also said it intends to introduce “Harper’s Law”, which will bring in mandatory life sentences for anyone who kills an emergency worker in the line of duty.

But this is not the only violent crime that has seen judges give less jail time than they could.

Despite the current knife crisis in cities across the UK, the maximum sentence for possession of a bladed article in a public place – two years and six months – has not been handed out since January last year.

A record number of teenagers were killed on Britain’s streets last year with 30 young men losing their lives in London alone.

Meanwhile, the maximum sentence for causing death by dangerous driving – 14 years – has not been handed out since August 2012.

And there have been more lower sentences when it comes to burglary and theft.

The last time a maximum sentence for house burglary was given was back in June 2006; aggravated burglary in October 2019; burglary other than a dwelling, October 2020; and theft, August 2019.

Sentences are decided independently by judges, but the Government decides the minimum and maximum punishment. Judges also receive sentencing guidelines from the Sentencing Council.

Many experts say maximum sentences are not meant to be met, and that the system works when a judge can use their discretion on a caseby-case basis. But Andrew Bridgen, Tory MP for North West Leicester, said: “The public perception is judges have been giving out lenient sentences over recent years and it would appear the data backs up that suspicion.We have to increase public confidence in the judicial system.”

The Ministry of Justice said: “While independent judges decide sentences, this Government makes no apology for giving them the powers they need to ensure punishments fit the crime. We are making measures for even the worst offenders and ending the automatic halfway release for serious crimes.”

The Police, Crime, Sentencing and Courts Bill currently going through Parliament proposes to introduce mandatory life sentences for those who kill an emergency worker in the course of their duty.

Court Faults France Over ‘Ecological Damage’ From Its Emissions Levels