Home » Europe » Julian Assange carries out POIGNANT book after arrest, but what was it? Who is Gore Vidal?

Julian Assange, 47, was seen arrested and hauled into a police van on Thursday. The WikiLeaks founder has spent almost seven years at Ecuador’s embassy i London after seeking refuge there in 2012. As the white-bearded computer programmer was dragged out of the embassy, he was spotted carrying a book.

What is the Gore Vidal book Julian Assange was carrying?

Mr Assange held on to a Gore Vidal book on the history of the national security state as he got arrested.

In the book, named Gore Vidal: History of the National Security State & Vidal on America, TRNN Senior Editor Paul Jay and novelist Gore Vidal discuss the historical events that led to the establishment of the massive military-industrial-security complex and the political culture that gave us the “Imperial Presidency.”

Some quotes in the book include: “The Federalist Papers are very clear. 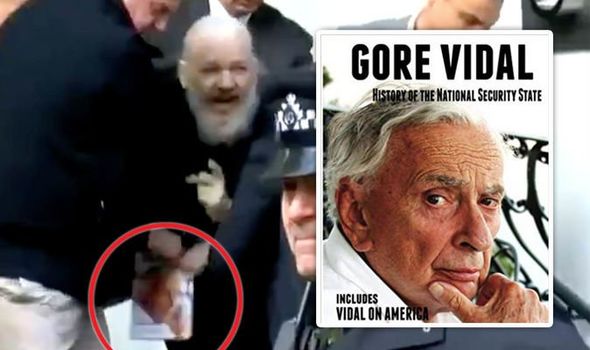 “We’re an oligarchy of the well-to-do.

“We were at the very beginning, when the Constitution was made, and we’re even more so now.”

Another quote from Gore Vidal reads: “The people have no voice because they have no information.” 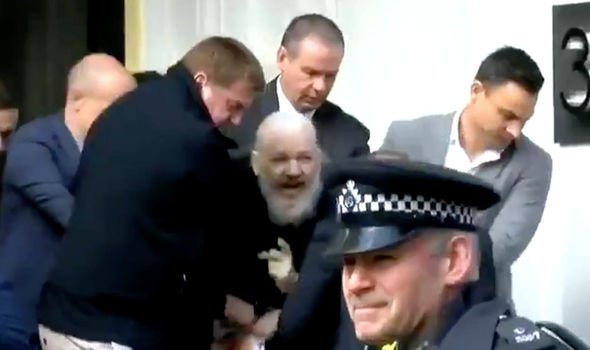 Why was Julian Assange arrested today?

The Met Police told Julian Assange was arrested for failing to surrender to the court.

A Scotland Yard statement read: “Julian Assange, 47, (03.07.71) has today, Thursday 11 April, been arrested by officers from the Metropolitan Police Service (MPS) at the Embassy of Ecuador, Hans Crescent, SW1 on a warrant issued by Westminster Magistrates’ Court on 29 June 2012, for failing to surrender to the court.

“He has been taken into custody at a central London police station where he will remain, before being presented before Westminster Magistrates’ Court as soon as is possible.

“The MPS had a duty to execute the warrant, on behalf of Westminster Magistrates’ Court, and was invited into the embassy by the Ambassador, following the Ecuadorian government’s withdrawal of asylum.” 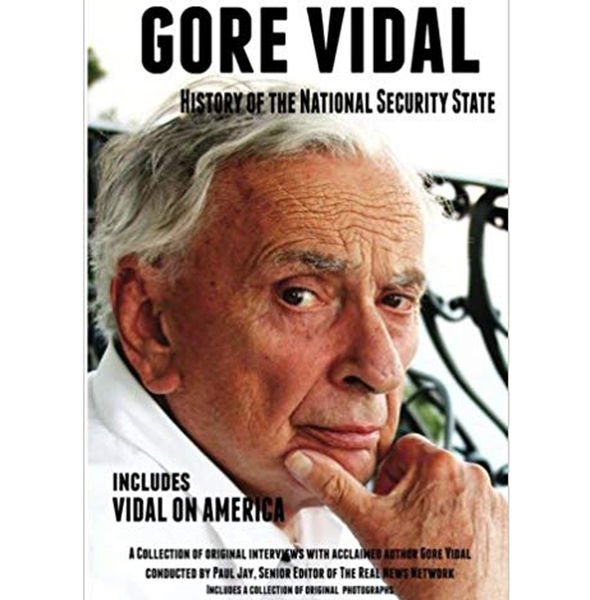 Ecuador’s president Lenin Moreno said on Twitter: “In a sovereign decision Ecuador withdrew the asylum status to Julian Assange after his repeated violations to international conventions and daily-life protocols.”

But WikiLeaks said the Ecuadorian president had acted illegally in terminating Mr Assange’s political asylum “in violation of international law”.

His arrest comes a day after Wikileaks accused the Ecuadorean Government of an “extensive spying operation” against the WikiLeaks founder.

The company claims meetings with lawyers and a doctor inside the embassy over the past year were secretly filmed.

Iranian hackers targeted Western universities in US, Europe and Australia