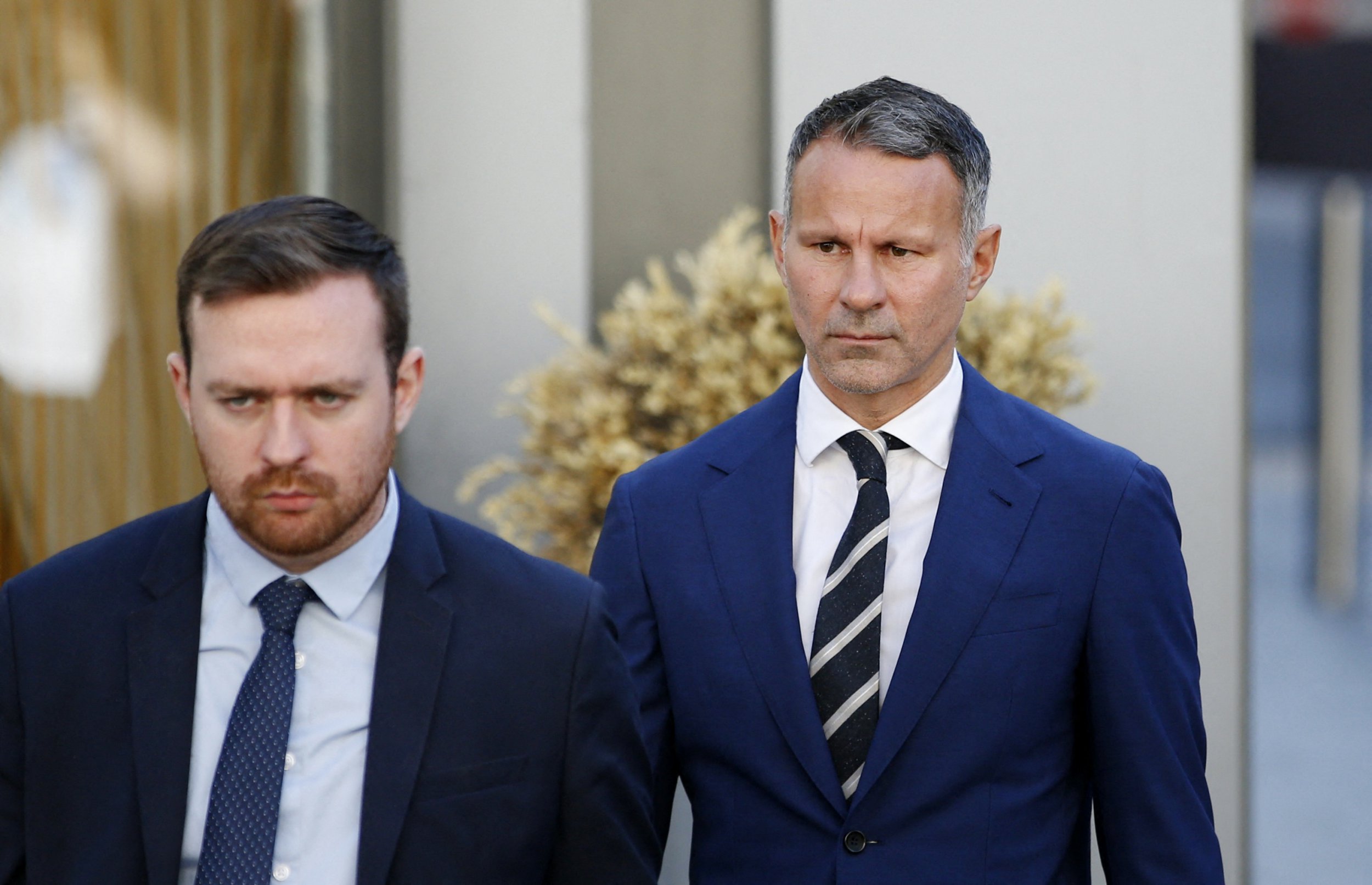 Ryan Giggs is facing a potential retrial after a jury failed to reach verdicts on any of the three counts he faced.

It was alleged the assault took place on November 1, 2020, at his home after his partner confronted him for being unfaithful ‘once again’.

He was also accused of attacking the PR executive’s younger sister, Emma, 26, during the same incident in Worsley, Greater Manchester.

The sportsman was alleged to have threatened her by saying: ‘I’ll headbutt you next’.

Giggs, 48, also faced a third charge of controlling or coercive behaviour over a three-year period towards Ms Greville.

The jury had been reduced to seven women and four men after losing one juror to illness.

They had been out considering their deliberations for 22 hours and 59 minutes before they were brought back into court at 3.04pm today.

Judge Hilary Manley asked if they had reached a verdict on any counts on which a majority of 10 to one had agreed. The foreman of the jury answered: ‘No.’

Asked if there was any ‘realistic prospect’ of them reaching verdicts if given more time, the foreman again answered: ‘No.’

Judge Manley then thanked the jurors and discharged them. She warned all the jurors not to discuss the case as there may be another trial of the case in the future.

Giggs, who denied all charges against him, made no reaction during the short hearing.

Lawyers will now have to consider the public interest of a retrial, but any further trial would only take place many months from now.

Giggs denied ‘losing control’ and headbutting Ms Greville and assaulting her sister by elbowing her in the jaw during the November 1 argument.

Jurors first went out to consider verdicts on the afternoon of August 23.

On Tuesday judge Hilary Manley gave the jury a majority direction, meaning they did not have to return unanimous verdicts agreed by all 11, but could return verdicts if a majority of 10-1 agreed.

Giggs was released on bail until a mention hearing on September 7.