The Duke and Duchess of Cambridge, who are known as the Earl and Countess of Strathearn when in Scotland, returned to their university town for a day of royal engagements on Wednesday as part of their tour north of the border. William, 38, and Kate, 39, enjoyed a takeaway from the Anstruther Fish Bar where they were “regular customers” as students 20 years ago.

The couple both enjoyed a £7.95 deep fried haddock and chips which was wrapped in paper.

They took their dinner to eat on a bench before returning to the shop, in the coastal town of Anstruther, for an ice cream.

Kate told staff it was a “trip down memory lane”, while William said the fish and chips were as good as he remembered. 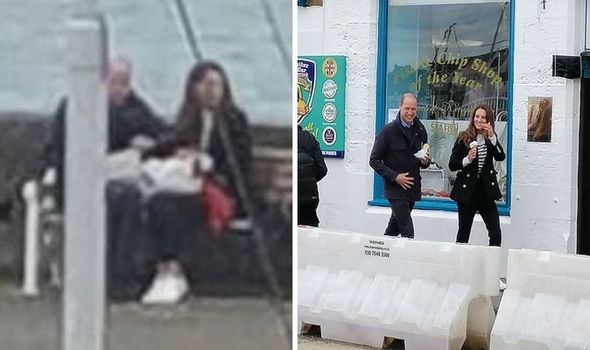 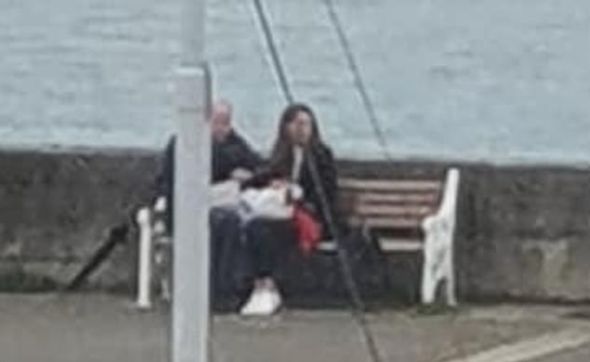 The post said: “We can hardly believe it’s almost 20 years since we last had the honour of frying up some Scottish haddock and chips for, our then regular customers, Prince William and Catherine Middleton, while they were students at St Andrew’s University.

“Fast-forward to this afternoon and you can imagine our excitement when we had the privilege of welcoming back the Duke and Duchess of Cambridge (or, to give them their official Scottish titles … The Earl and Countess of Strathearn) to Anstruther Fish Bar.

“Their Royal Highnesses have been in the East Neuk of Fife today and surprised us by ending their visit with a takeaway fish supper, which the Duchess told us, was a lovely ‘trip down memory lane’.

“They enjoyed the whole takeaway experience, as most visitors to Anstruther do, sitting on a bench by the harbour, while no doubt keeping a watchful eye out for the local, hungry seagulls! 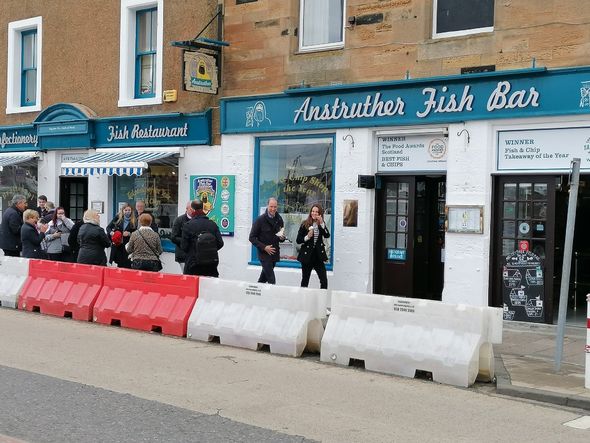 “Before heading back to their waiting helicopter, they popped in for some ice cream and to chat with some of our thrilled staff.

“The Duke thanked us for the fish and chips and made a point on telling Andrew that they were just as good, if not better than he remembered from his student days.”

The post sparked hundreds of comments and thousands of likes.

Pictures show the couple outside the shop, as well as tucking into their dinner. 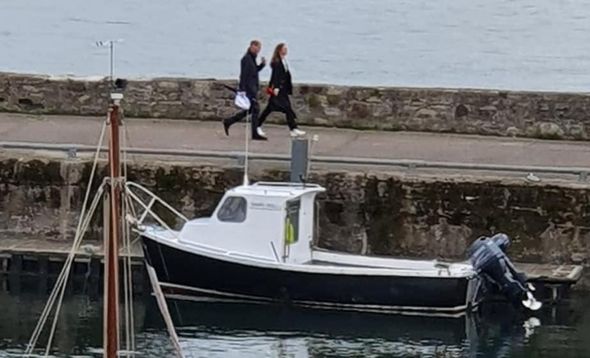 William and Kate went on to attend a drive-in cinema at the Palace of Holyroodhouse where they hosted a special screening of Disney’s Cruella for NHS staff.

The Cambridges first met two decades ago when they were students at the University of St Andrews.

In their first year in 2001, William and Kate lived a few doors apart at St Salvator’s hall of residence and became friendly, socialising together and playing tennis.

She caught his attention when he splashed out £200 for a front-row seat at a charity student fashion show where Kate strode confidently down the catwalk in a see-through lace dress which revealed her black underwear. 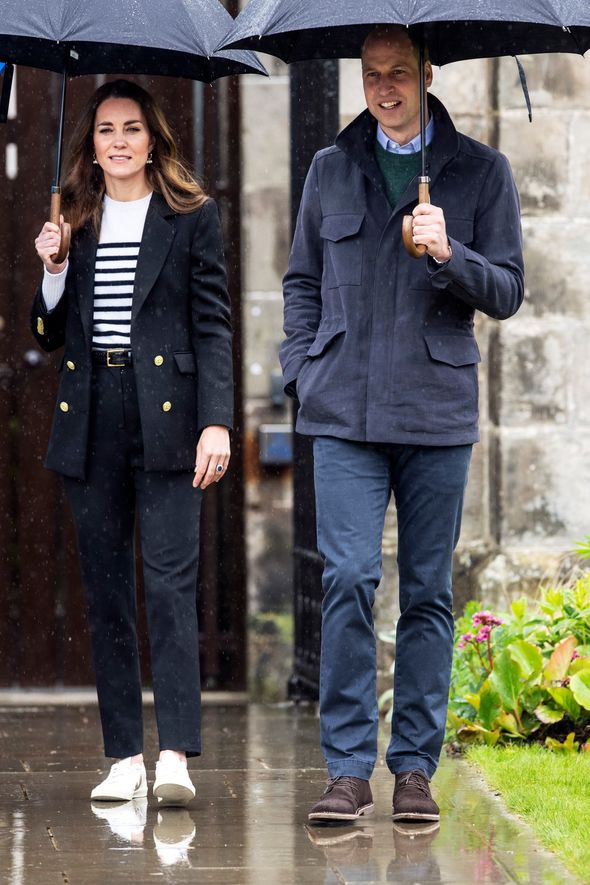 Kate, who is five months older than William, is also credited with persuading him to continue his studies when he considered quitting in his first year.

It is believed the future king and queen became an item around Christmas 2003.

The first confirmation that the pair were romantically linked came when they were pictured on the slopes of the Swiss ski resort Klosters in March 2004.