Christmas Day will be set against a backdrop of ‘unsettled’ weather with high winds and frequent rain expected.

The Met Office released their latest festive forecast, revealing where might see snow.

Northwest Scotland is the sole region guaranteed a white Christmas, an occasion defined as a single snowflake falling anywhere in the UK on December 25.

The rest of the country should be braced for their own smattering of snow from Boxing Day onwards, when an arctic blast swoops through Europe.

On Christmas Day however, which falls on a Sunday, the majority of Brits will enjoy the calm before the storm.

It will be a cloudy and wet Christmas for much of the UK, with wintry showers and strong winds expected in the northwest of Scotland.

Whilst those further south won’t be immune to the occasional shower, the driest weather conditions are expected in central and eastern parts of England.

Met Office Deputy Chief Meteorologist David Oliver said: ‘An unsettled Christmas weekend is on the way for many, with those in the north and west seeing the most frequent and the heaviest showers. 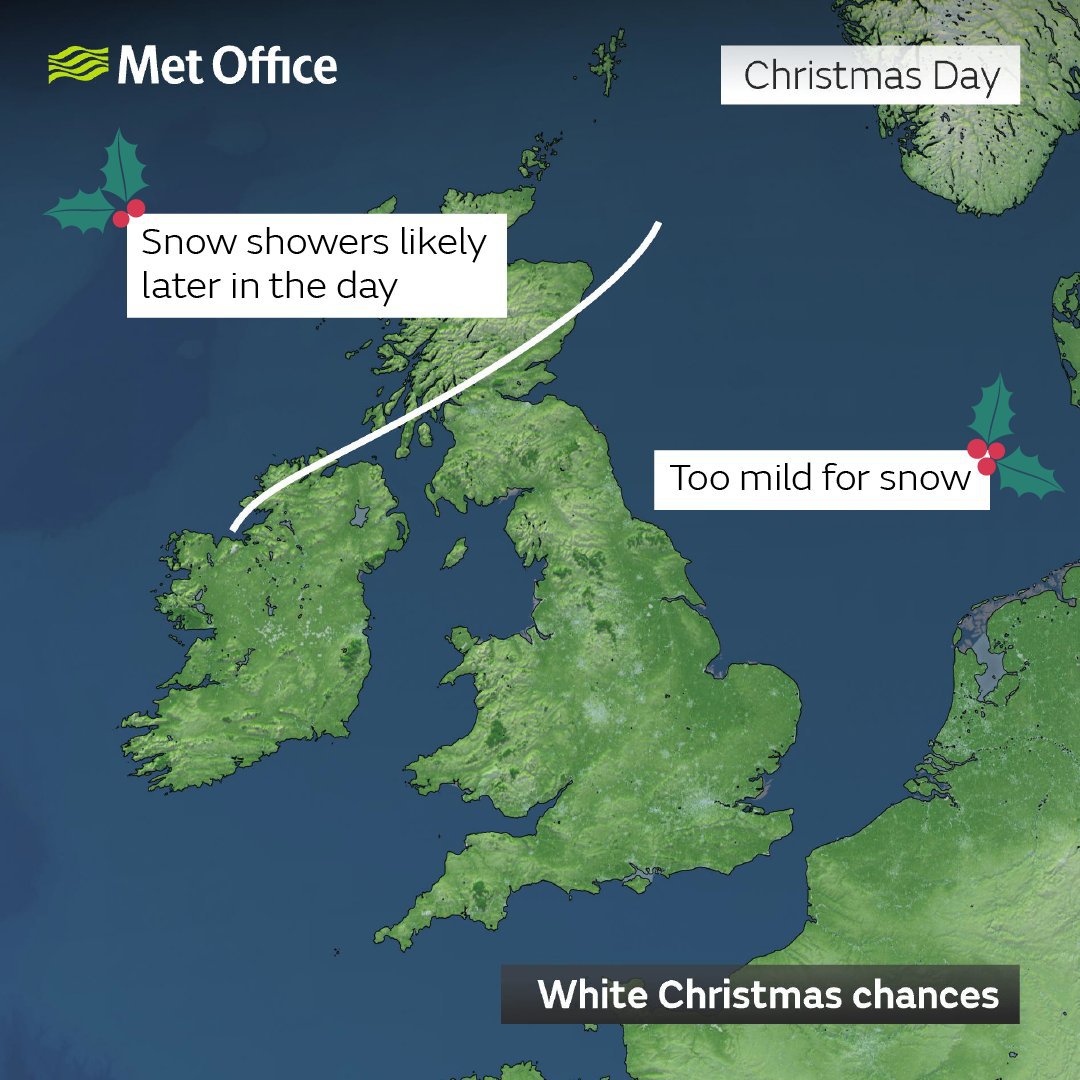 ‘High winds will affect some coasts through the weekend with gales in places, especially the north and west.

‘Christmas Day will be unsettled for many, with the most frequent showers in the northern half of the UK and some more sporadic and mostly lighter showers further south.

‘There is some uncertainty about the timing of colder air from the northwest, but it looks like this will introduce some snow showers to the northwest of Scotland late on Christmas Day.’

Stephen Basterfield, National Network Manager, at National Highways, said: ‘Even light or moderate rain can have an impact on visibility and vehicle performance, so it’s important to adjust your driving behaviour and take extra care.

‘It is therefore always important to plan ahead for your journey. This advice is especially important during the winter season when weather conditions are traditionally more adverse.

‘We have a section of our website dedicated to travelling when it is raining, as part of our guide to travelling in severe weather.

‘It’s also a good idea for people to check their vehicles, such as tyres, coolant and oil levels, before heading out to reduce the risk of breakdowns.’